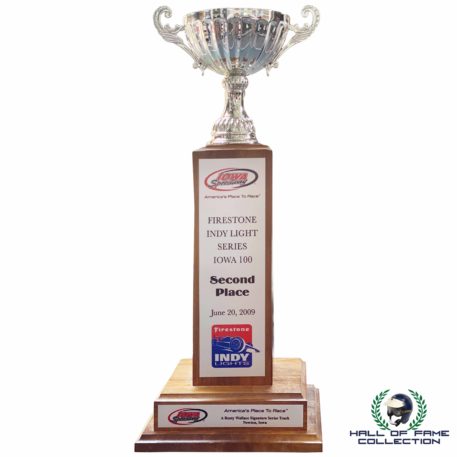 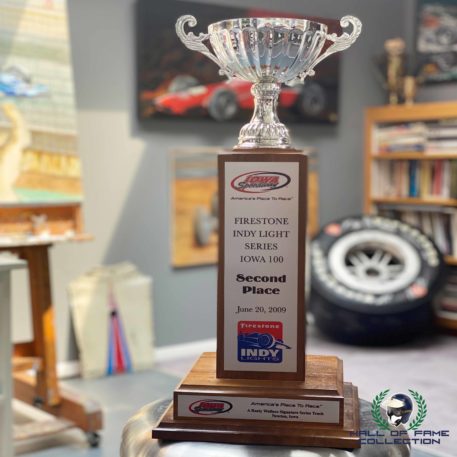 The 21 x 9 inch trophy was won by Wade Cunningham in the 2009 Iowa 100 Indy Lights race. Cunningham’s Indy Lights record stands at 8 wins, 30 podiums, 9 poles and 1 Indy Lights Championship in 2005. He then raced for 5 races in IndyCar over two seasons. Cunningham was the 2001 Asia Pacific Champion as well as the 2003 World Karting Champion.

This trophy comes with a Certificate of Authenticity.