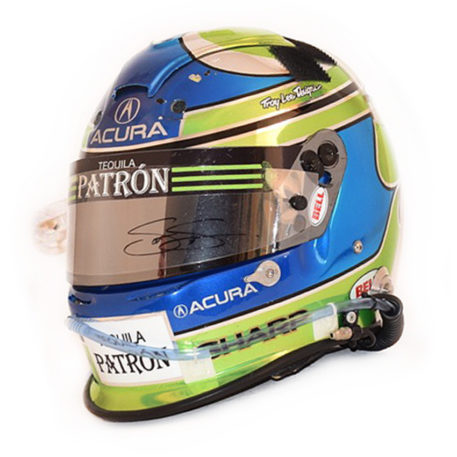 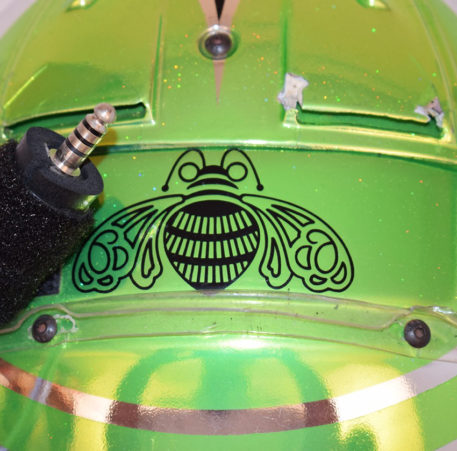 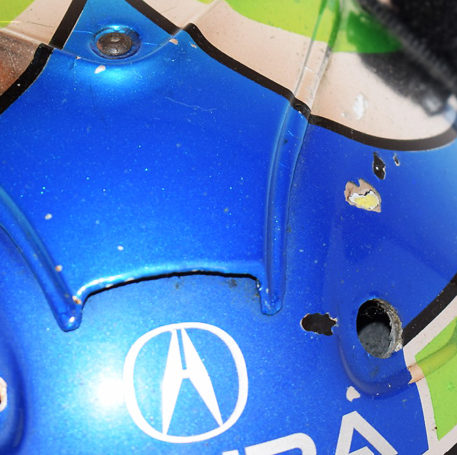 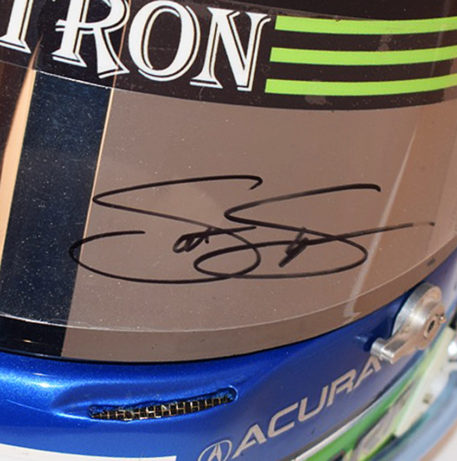 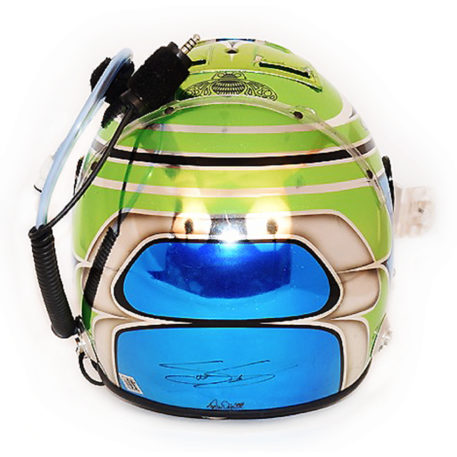 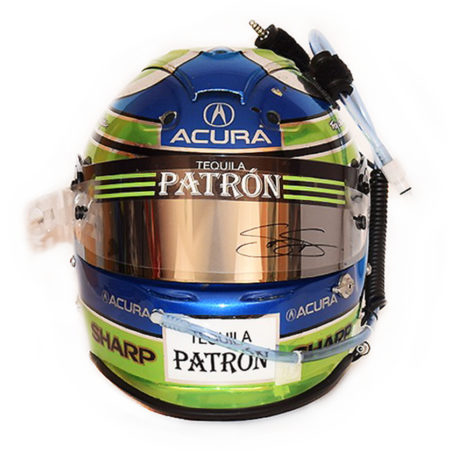 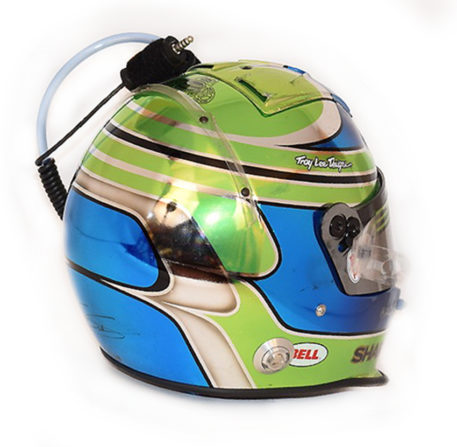 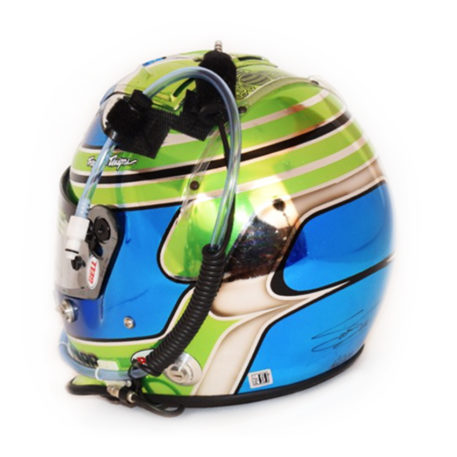 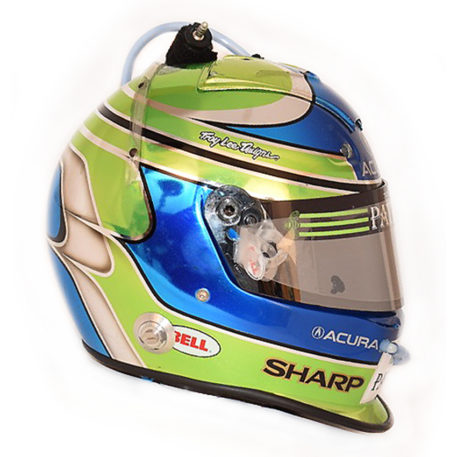 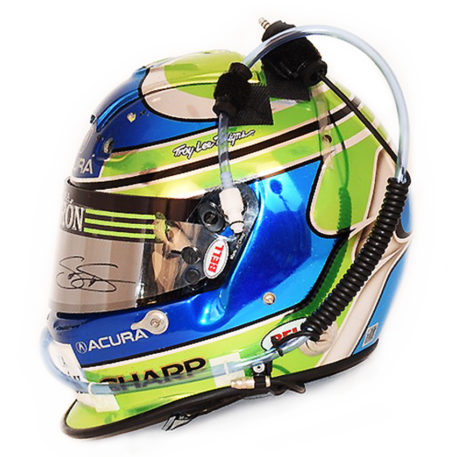 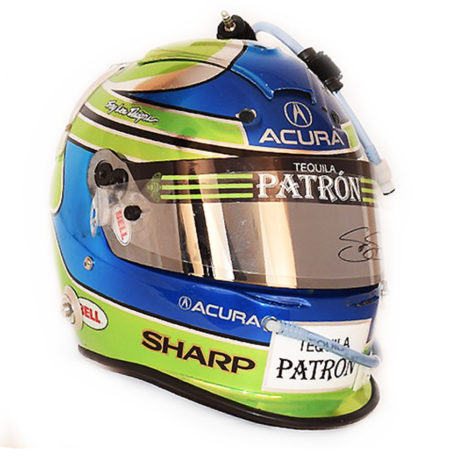 This Bell helmet was used by Sharp during the 2009 American Le Mans Series where he piloted a Highcroft Parton Acura ARX-02a with co driver David Brabham to three victories on their way to winning the to the 2009 LMP1 Championship.

The stunning Troy Lee designed pearl/metallic paint work has blue, lime green, silver graphics edged in black and white sweeping around the helmet. It has the major team sponsor Patron Tequila decals to the chin and visor, with Sharps name on the cheeks. The helmet comes as last used with Radio and drink tube still attached and IMSA tech sticker still applied

The helmet is personally signed twice by Scott Sharp on the rear of the helmet and visor and comes with a full Certificate of Authenticity.