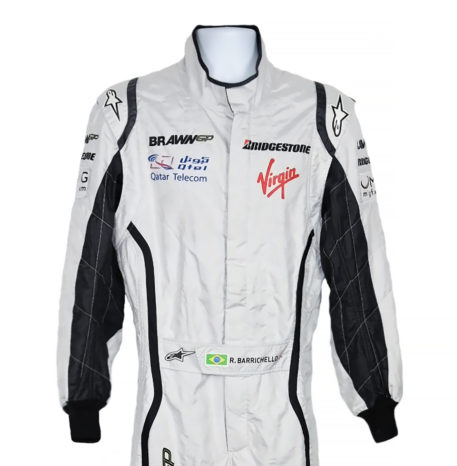 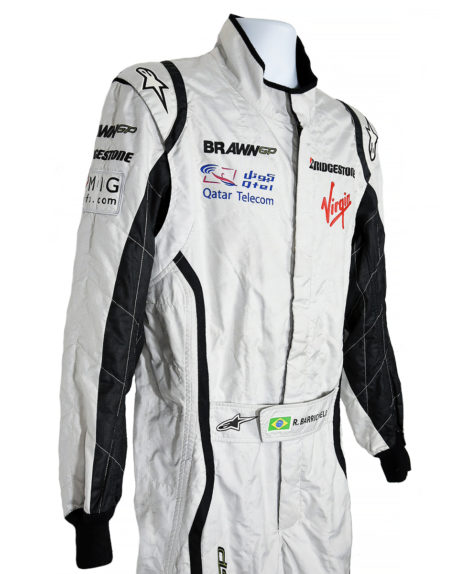 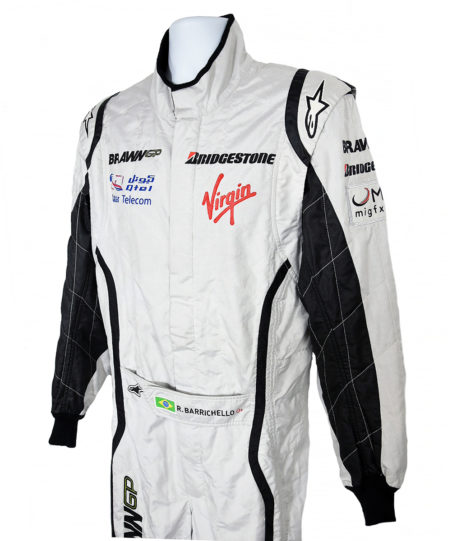 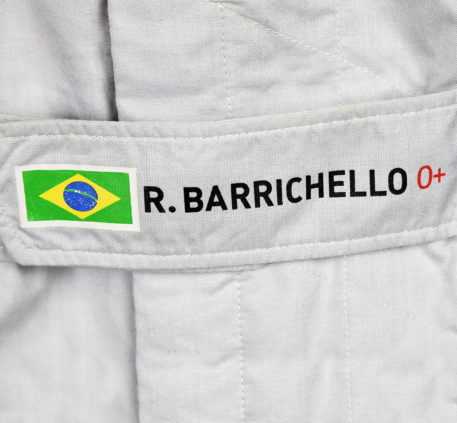 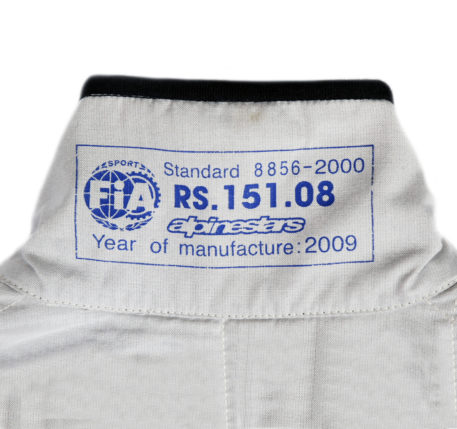 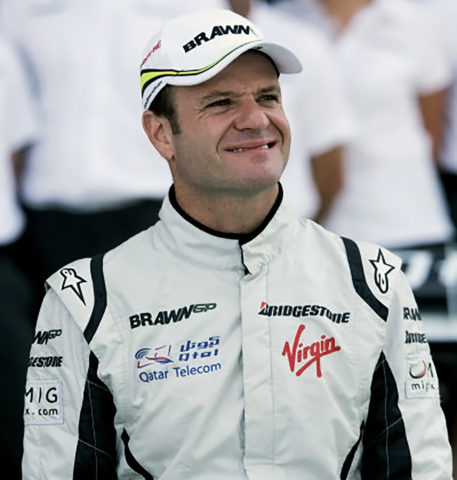 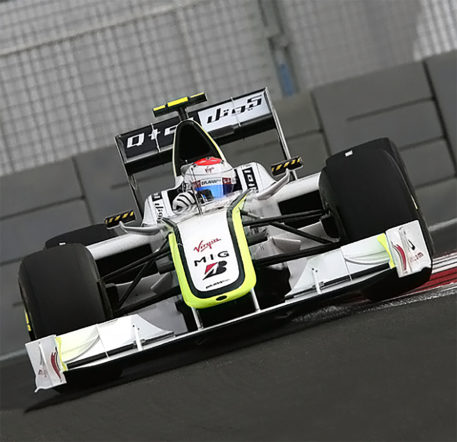 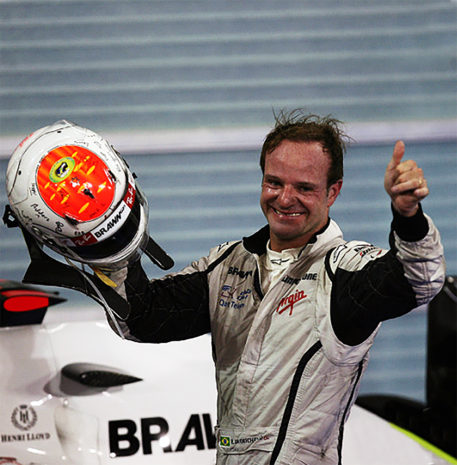 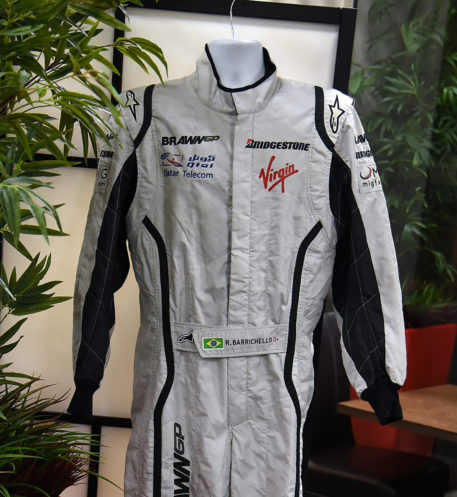 This suit has been photo-matched (see pictures) to the final event of the 2009 season at the Etihad Airways Abu Dhabi Grand Prix. This was the only time during the season that the Brawn team had Qatar Telecom sponsorship. Their lettering and logo can be seen on the right chest of the silver/grey suit just under the Brawn GP lettering. The suit has black sections to the inner arms and middle back. Both the back and front have black stripes running down each side of the suit. Major team sponsor Virgin’s trademark lettering is on the left chest. Further Brawn GP lettering can also be seen on the right leg, arms and across the back shoulders. Other branding logos include Bridgestone and MIG, with Barrichello’s name and national flag printed on the waist belt.

This is a great opportunity to acquire this very rare suit used by the popular Brazilian driver, driving for the only team to have a 100% record in the history of Formula 1.