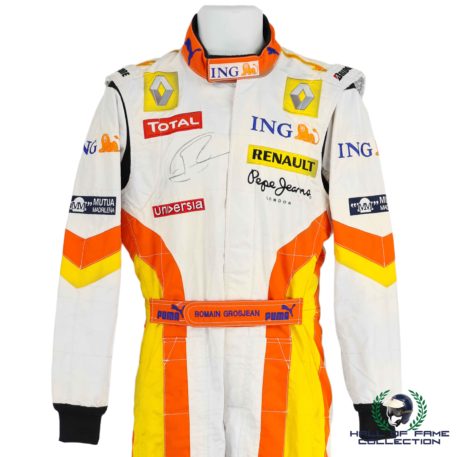 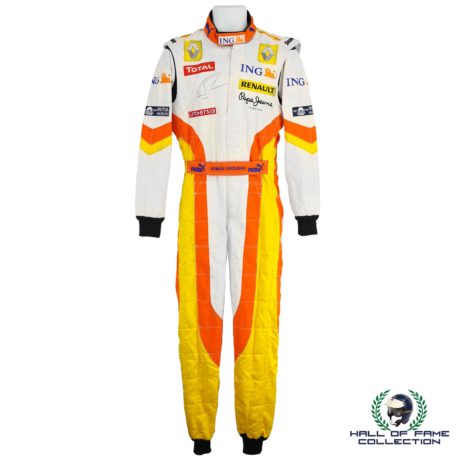 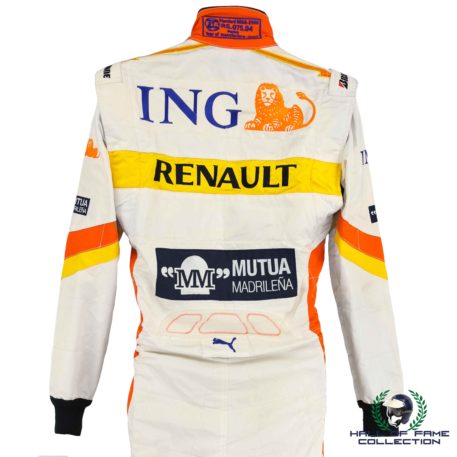 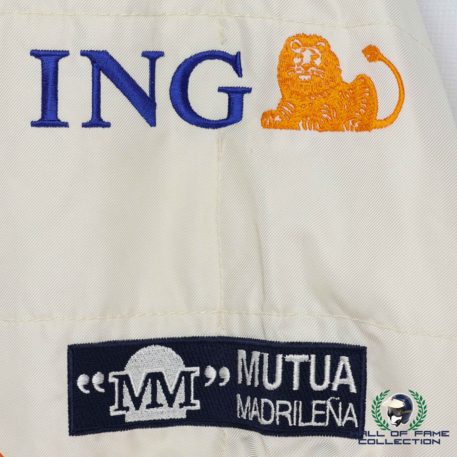 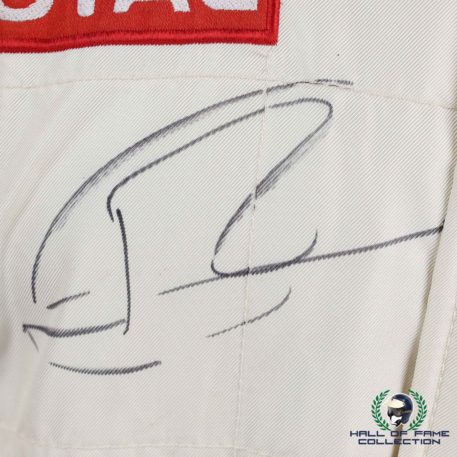 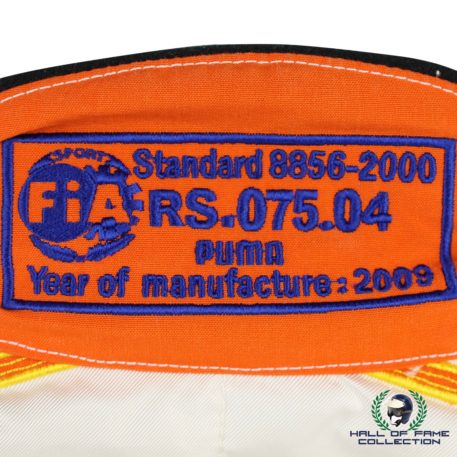 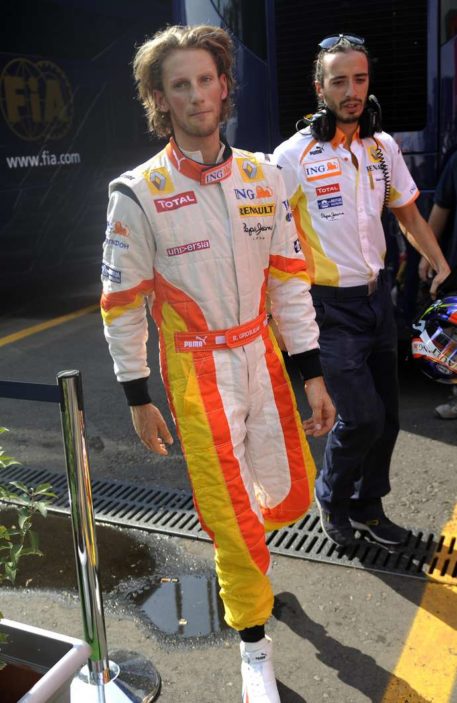 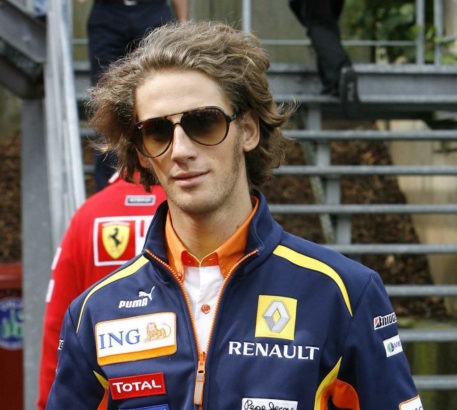 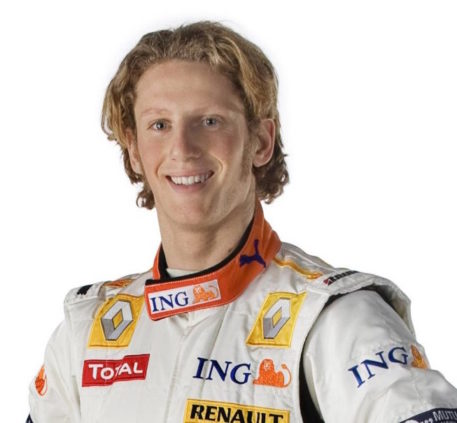 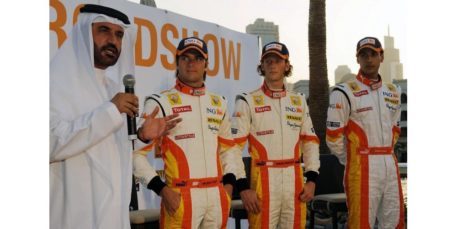 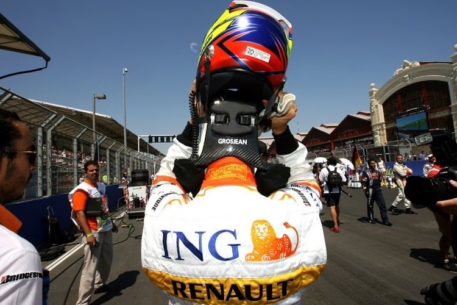 Race-used Puma suit worn by Romain Grosjean in 2009 during his rookie F1 season while driving for Renault F1. This suit comes from a very unique moment in F1 history involving Nelson Piquet Jr., commonly known as Crashgate. Grosjean initially assumed the test driver role at Renault for 2009, but took over Piquet’s seat from the European Grand Prix onwards in the wake of the 2008 Crashgate controversy, partnering Fernando Alonso for that year. After 2009 he drove the AutoGP Series in 2010 and became the Champion that year.  Grosjean went back to GP2 part-time in 2010 and then ultimately driving full-time in 2011 winning the title in both the GP2 and GP2 Asia Series. Being GP2 Asia Series Champion was familiar ground for him as he had won that Championship in 2008 as well, becoming the only 2-time GP2 Asia GP Champion.

It wasn’t until 2011 that Grosjean rejoined F1 with Lotus Renault as a test driver and then, later in 2012, as their racing driver. He continued in F1 until 2020, where at the Bahrain GP he had his horrific fireball accident that made all the racing world really appreciate how far racing had come with safety improvements to the cars and drivers’ equipment. Grosjean would sit out the remainder of the F1 season to recover from his injuries. He then announced he would be driving in the IndyCar Series in 2021 for Dale Coyne Racing and Rick Ware Racing. Grosjean started the season at Barber Motorsports Park qualifying seventh, ahead of fellow rookies Scott McLaughlin and Jimmie Johnson. He finished his debut race in the series in tenth, as a new chapter in his racing career begins.

This suit is signed by Grosjean on the chest in black marker and comes with Certificate Of Authenticity.