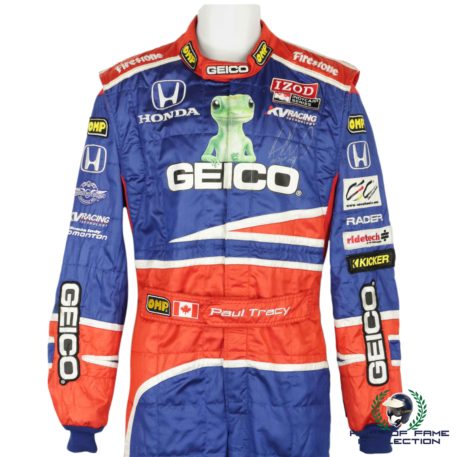 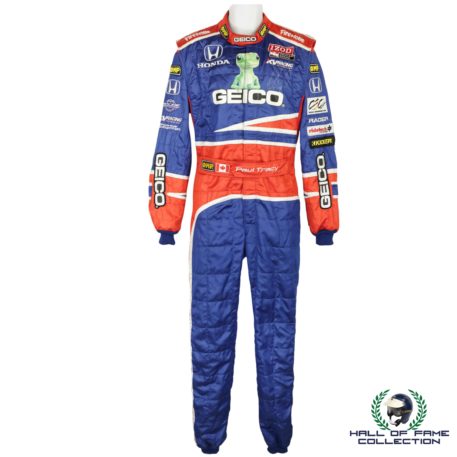 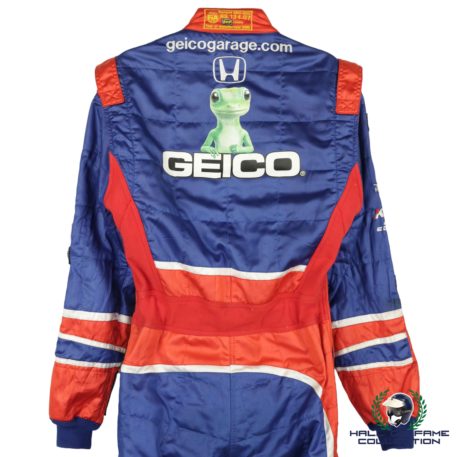 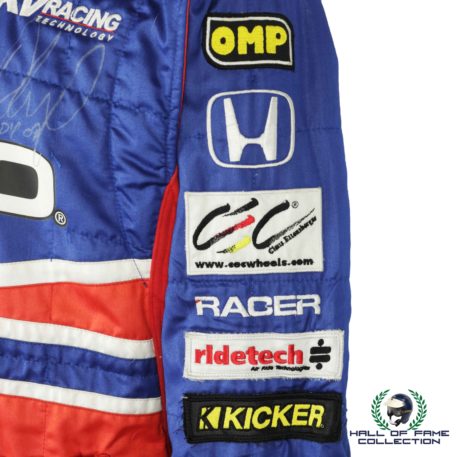 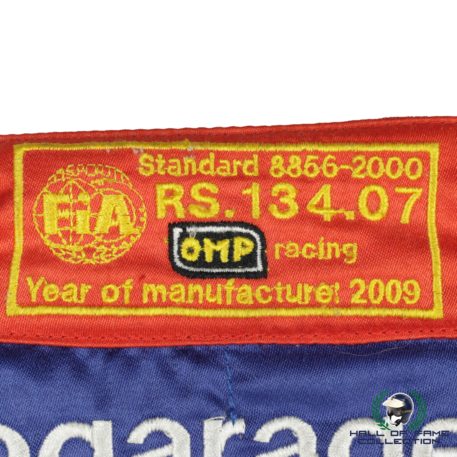 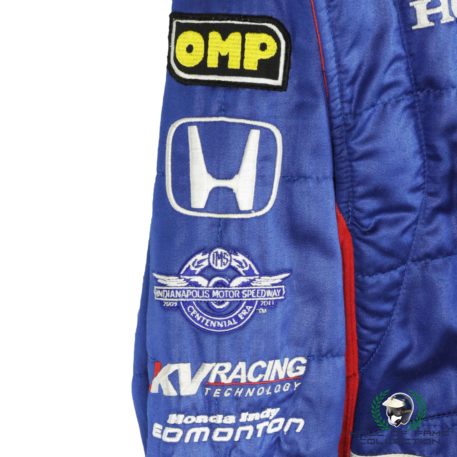 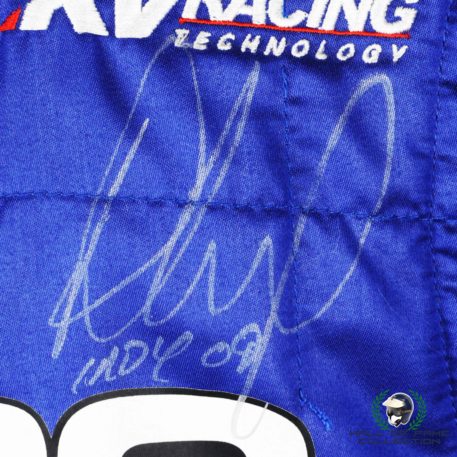 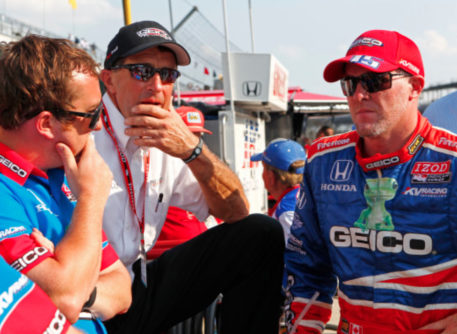 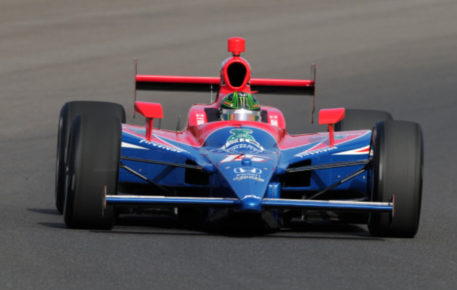 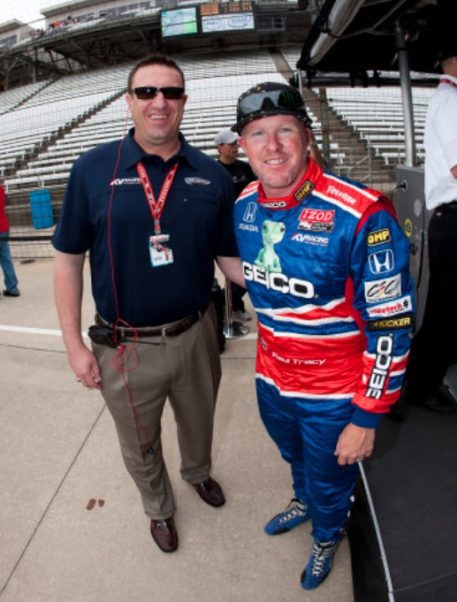 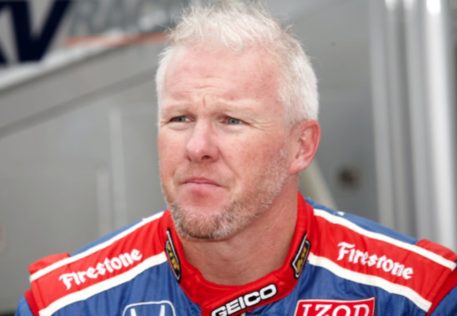 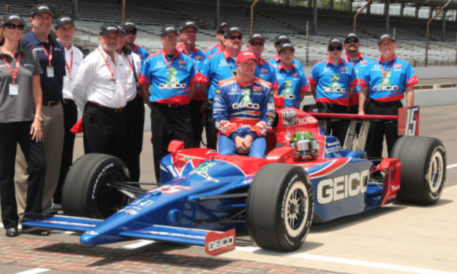 This suit was worn by Paul Tracy during his time with KV Racing in IndyCar . Tracy was driving the Geico/KV Racing Technology entry at the 2009 and 2010 Indy 500 events. This stunning red and blue suit has main sponsor GEICO’s famous branding logo on the front and back, along with many other company logos embroidered on the chest and sleeves. The suit is signed by Tracy in silver marker pen on the chest.

Paul Tracy, who is still racing these days, is best known for winning the 2003 CART Championship while driving for Player’s Forsythe Racing. He would also finish 3rd a total of three times in the CART/Champ Car Series standings. He amassed 26 poles and 31 wins during his CART/Champ Car/IndyCar career. The “Thrill from West Hill”, as he became affectionately known, has always been a extremely popular driver due to his aggressive style of driving and his flare for the dramatic. He is also a fan favourite commentator on the IndyCar broadcasts.

After almost winning the 2002 Indy 500, Tracy didn’t return to the 500 until 2009 as he was competing in the Champcar series. KV Racing signed Tracy for his Indy return in 2009 and he also attempted to qualify for the 2010 event. Tracy can be seen in OMP and Impact suit for the 2009 event and this suit shows a manufacturing date of 2009 but was used during the 2010 event which saw Tracy bumped from the field.

The suit comes hand signed by Tracy and is accompanied with a Certificate of Authenticity.