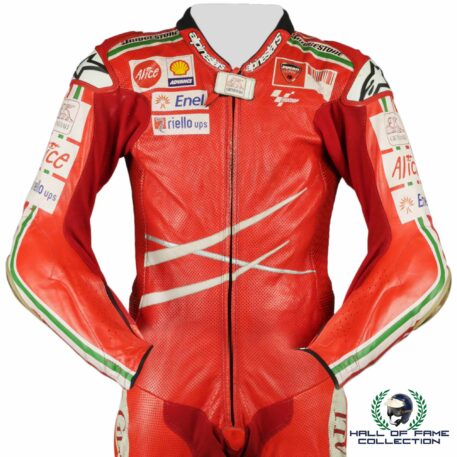 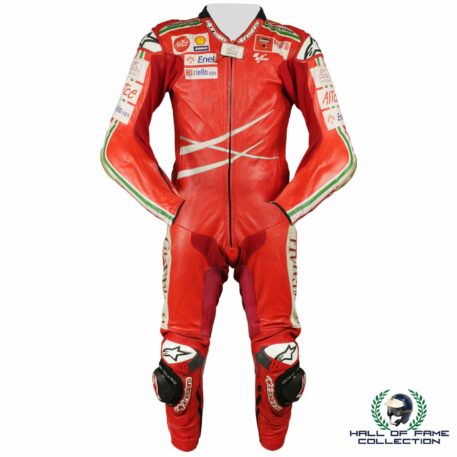 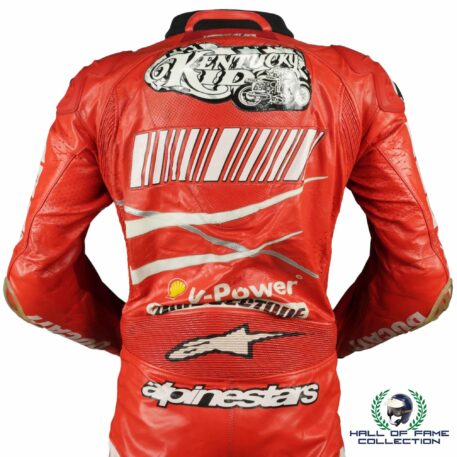 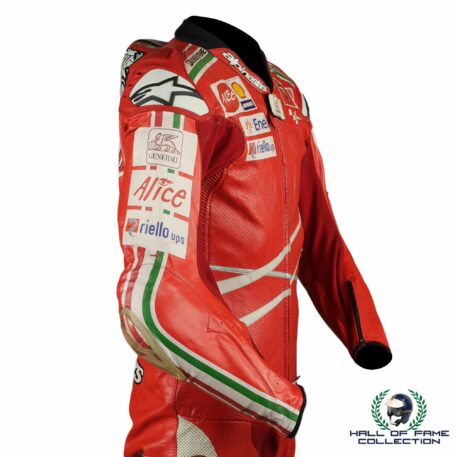 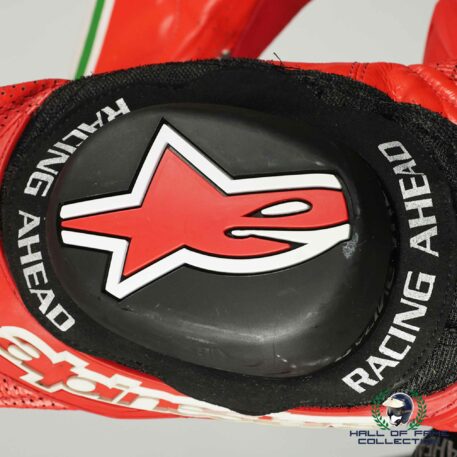 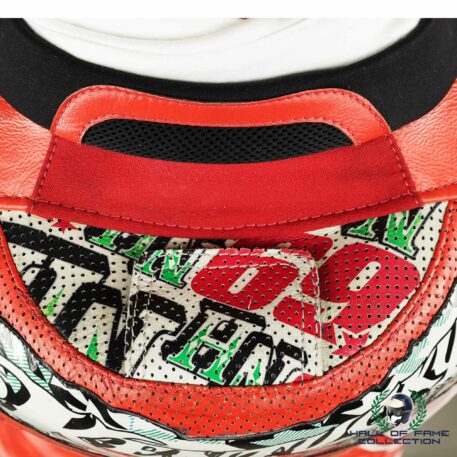 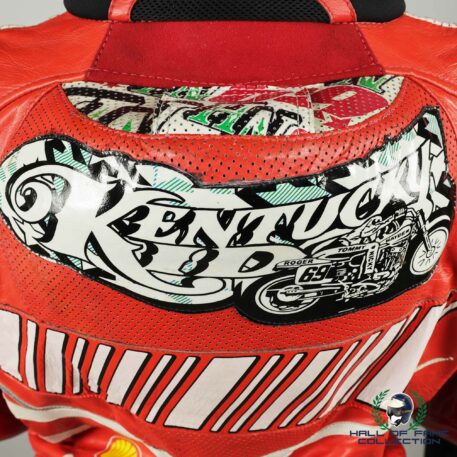 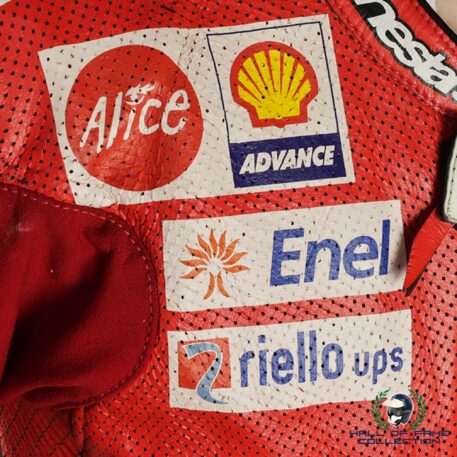 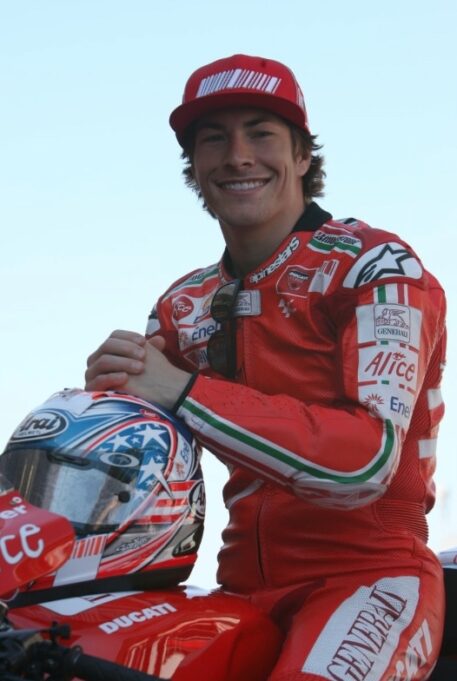 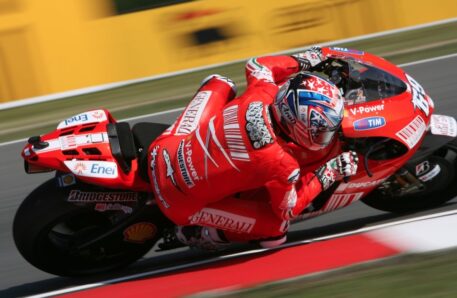 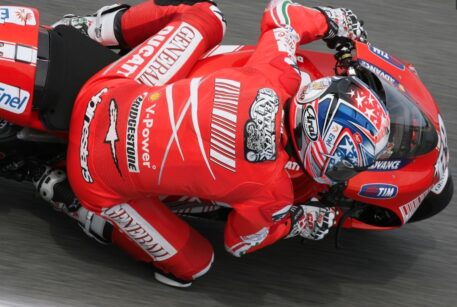 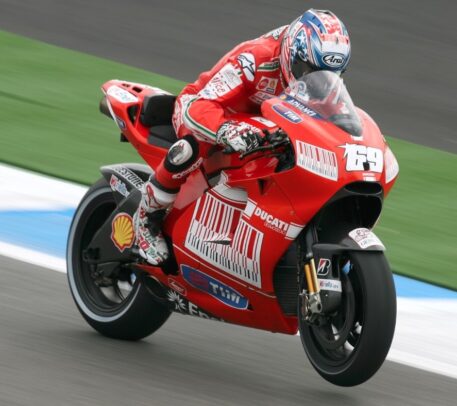 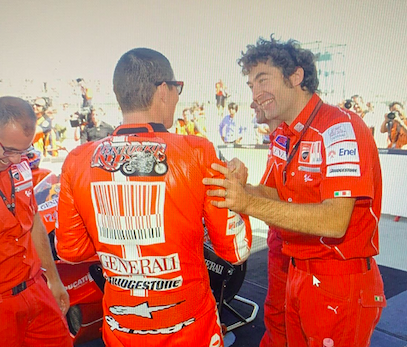 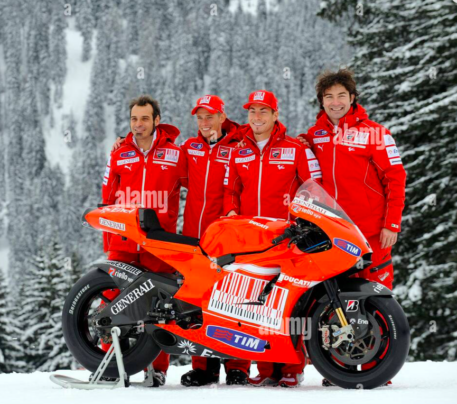 Very rare original race used Alpinestars leathers worn by the Kentucky Kid Nicky Hayden. The American rider used these in the 2009 season whilst riding for the Ducati team. This race suit has been photo matched to being used at Ducati’s home race of Mugello in Italy.

Hayden, nicknamed “The Kentucky Kid”, was a professional motorcycle racer who began racing motorcycles at a young age. He began his road racing career in the CMRA before progressing to the AMA Supersport Championship and then to the AMA Superbike Championship. He won the AMA title in 2002 and was then approached by the Repsol Honda team to race for them in MotoGP. In his first season he performed well, finishing fifth in the championship and winning the Rookie-of-the-Year award. 2006 would be Hayden’s greatest in motorcycle racing as he won the 2006 MotoGP world title, breaking Valentino Rossi’s five-year consecutive win streak. Hayden was the last American rider to win the premier class in Grand Prix Motorcycle Raing. He remained with Honda for two more seasons before moving to Ducati in 2009.

Hayden memorabilia is very popular and becoming more and more rare as the years go by so do not miss this rare opportunity to add this fantastic set of leathers to your collection today. This item was recently acquired from the personal collection of Alessandro Cicognani who at the time served as the Ducati MotoGP boss. He is pictured below with Australian Casey Stoner and Hayden.

The Leather race suit comes with a Certificate Of Authenticity.