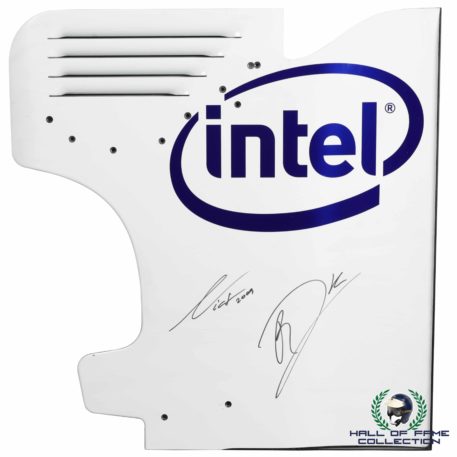 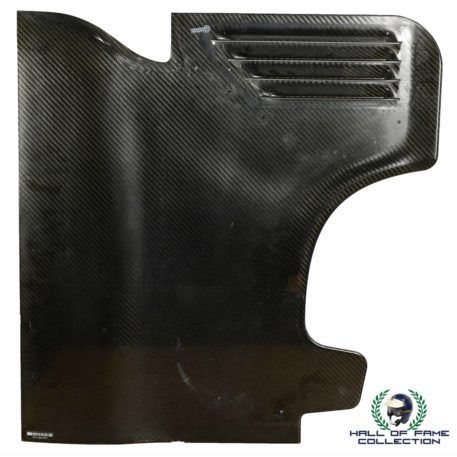 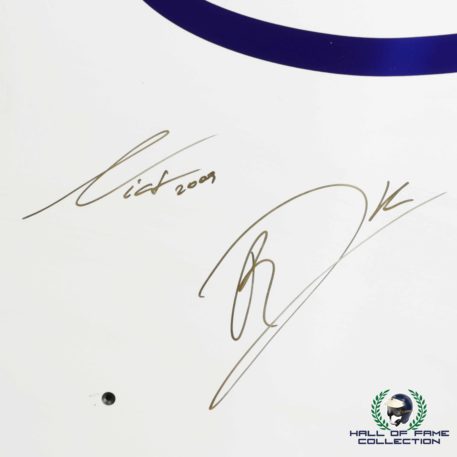 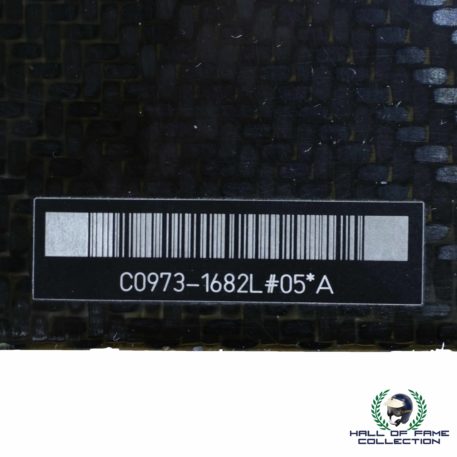 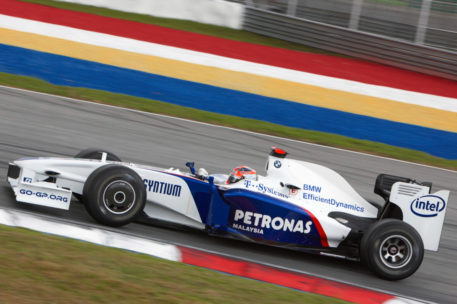 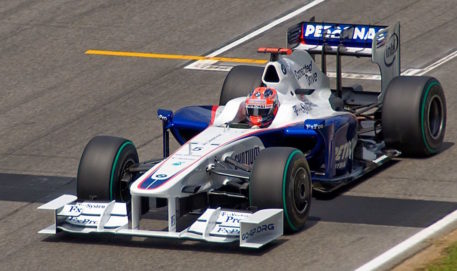 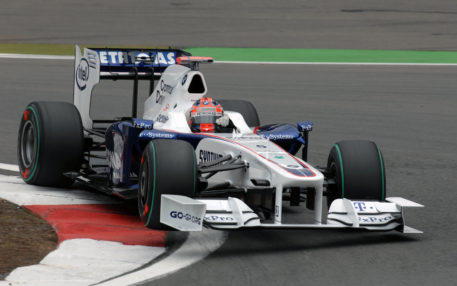 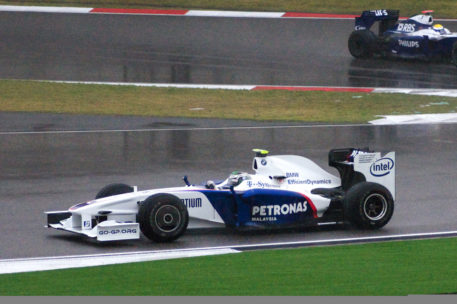 This rear wing endplate was from the BMW Sauber F1-09 that was driven by Robert Kubica and Nick Heidfeld during the 2009 Formula 1 season. The impressively sized rear wing endplate measures at 26 inches at it’s widest and 27 inches tall and is made completely of ultra lightweight carbon fibre. One side is painted white and has a large sponsor decal from Intel. This side is also signed by both Kubica and Heidfeld in gold marker pen. The inside of the end plate shows off the beautiful carbon fibre weave.

This unique original part of an F1 car would be fantastic addition to any collection.

The endplate comes with a Certificate of Authenticity.