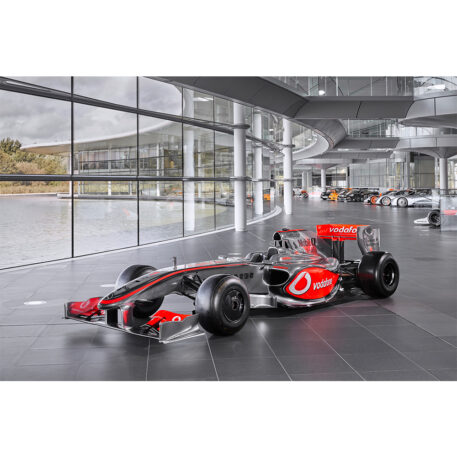 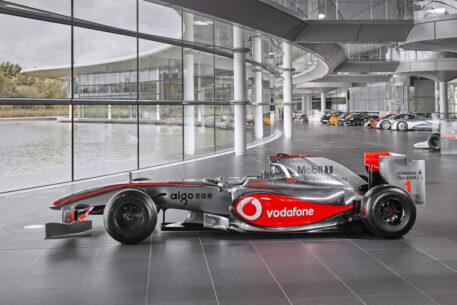 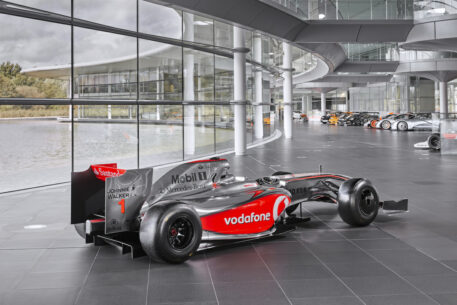 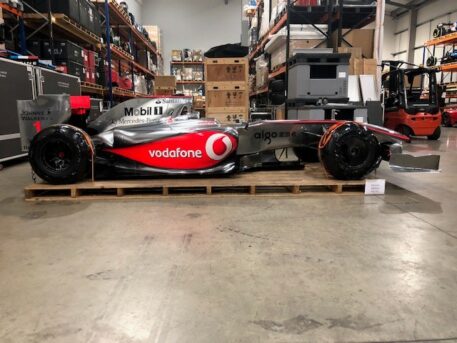 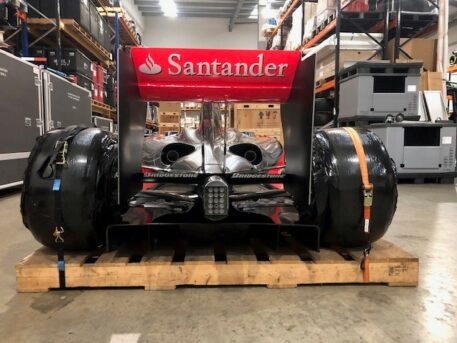 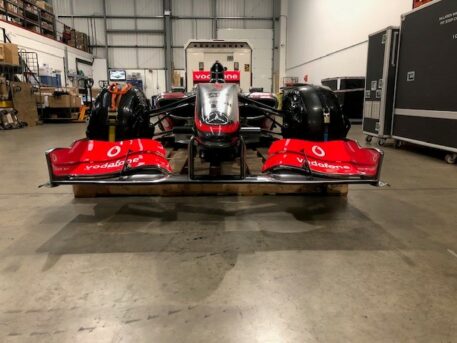 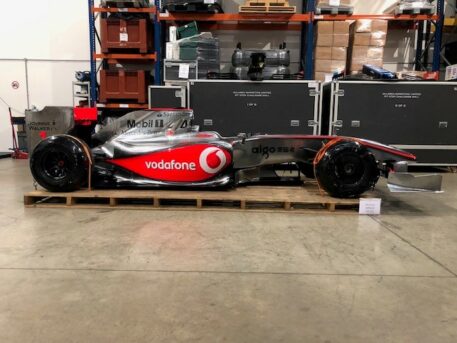 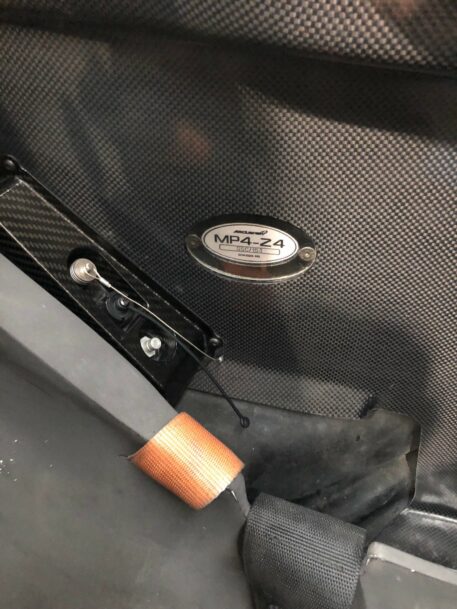 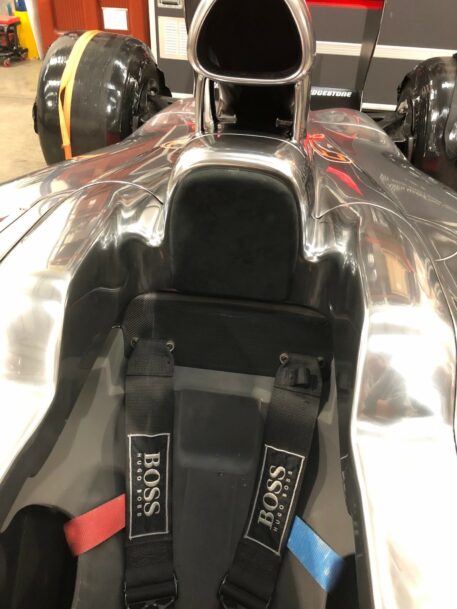 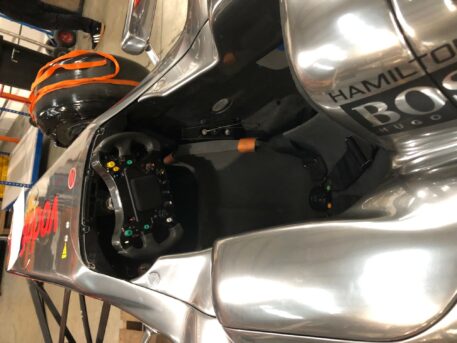 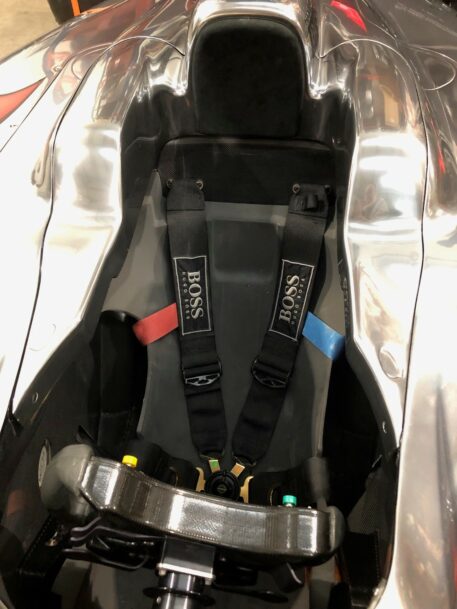 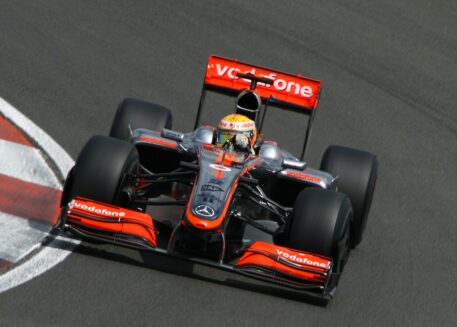 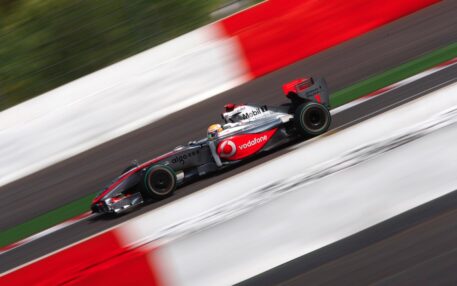 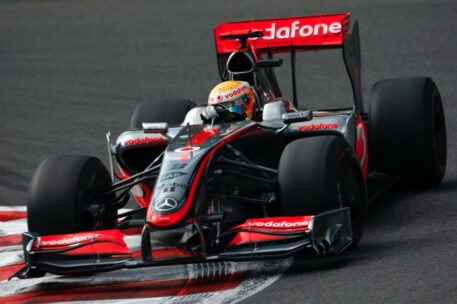 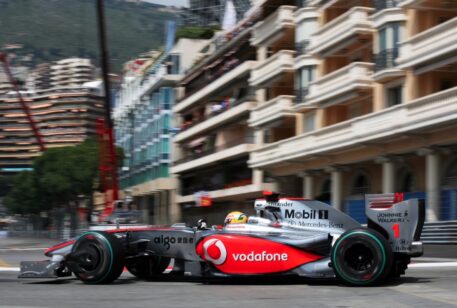 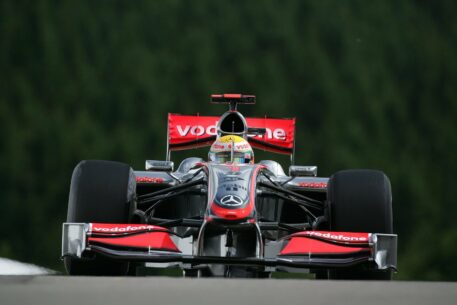 The opportunity to own any authentic item from Lewis Hamilton’s career, considered the most accomplished driver in F1 history, is quite rare.

Well, that next level of rare opportunity is now being offered by Hall of Fame Collection, and features this MP4-24 F1 show car in the iconic Vodafone McLaren Mercedes livery as it was when it was raced by Hamilton during the 2009 F1 season.

The car comes directly from McLaren’s Technology Centre in Woking, England, and being a show car, does not come with an engine. Otherwise, it very much mirrors the race version driven by Hamilton and includes many original race-used parts.

Hamilton scored his unmatched 100th F1 race win on Sept. 26th of the current 2021 season with a victory in the Russian Grand Prix. Those 100 wins by the Brit are more than all other drivers combined from all but three countries — England, Germany and Brazil — and is a mark that likely will never be matched. Hamilton, a seven-time World Drivers’ Champion along with Michael Schumacher, has also scored 100 poles now too. So far in his already 15 year F1 career Hamilton has, for the most part, dominated Grand Prix racing, winning at least 10 races in six of the past seven seasons entering the 2021 season. Hamilton is also the only driver in F1 history to have won at least one race in every season that he has participated in.

The car is beautifully represented in its full Vodafone livery and would make a stunning centerpiece in anyone’s F1 collection, and for a fraction of the price of a race-used version. Showcase this exquisite racecar in a business office, a memorabilia room or a fan garage, while impressing family, friends and/or clients with this stunning piece of automotive art and F1 history. Seeing that the British driver won the 2008 World Championship, the car carries the number 1 which is the only time in his career that Hamilton elected to do this.

You don’t want to miss out on this ultra rare opportunity.

Contact us for pricing today, serious enquires only to [email protected]