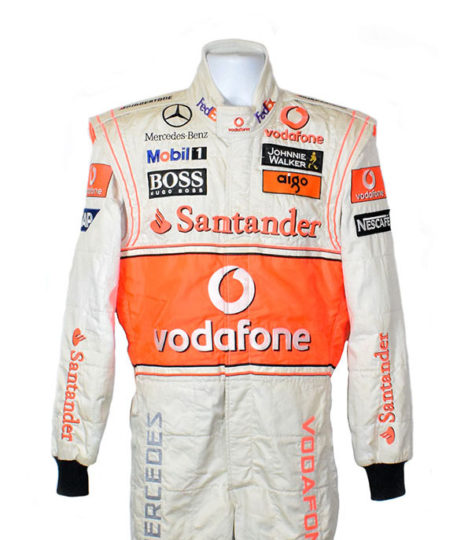 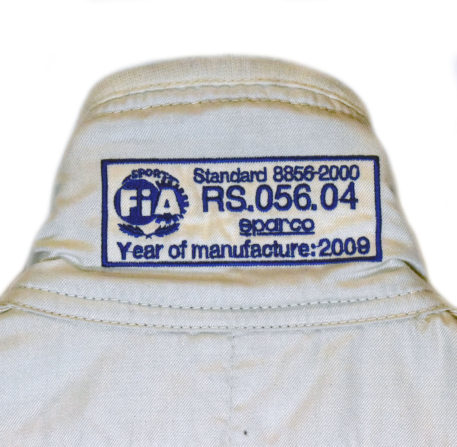 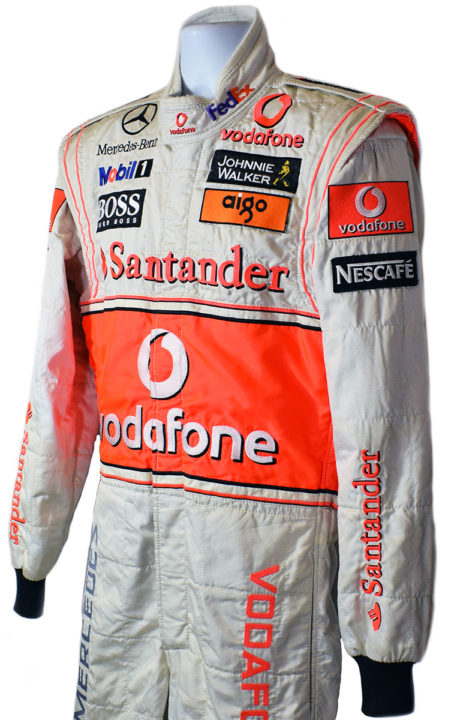 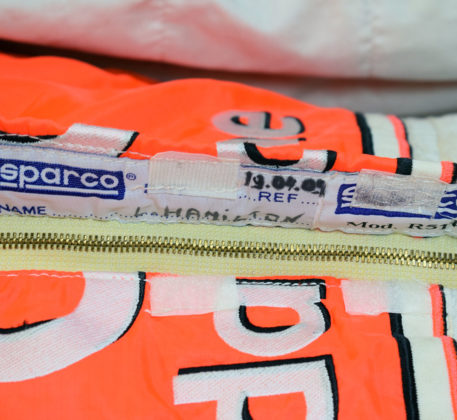 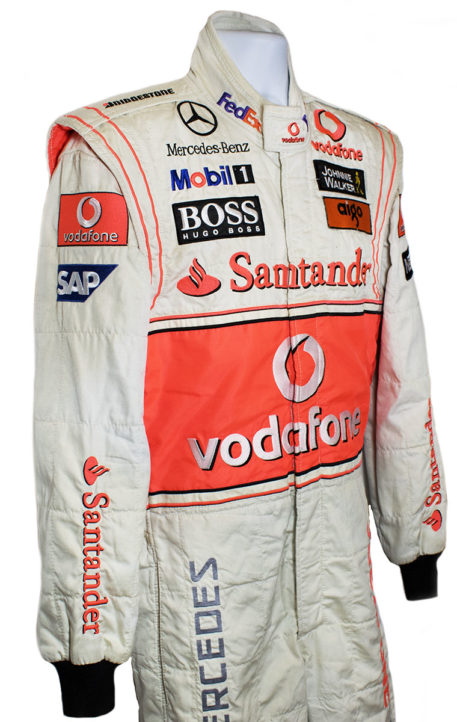 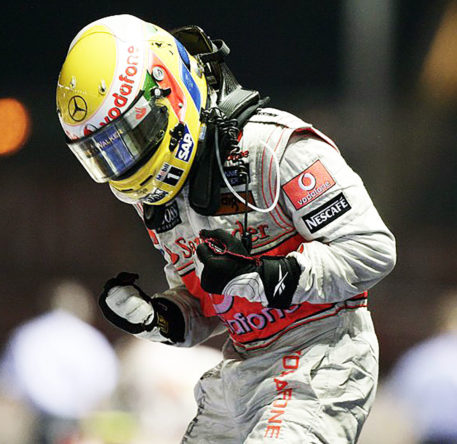 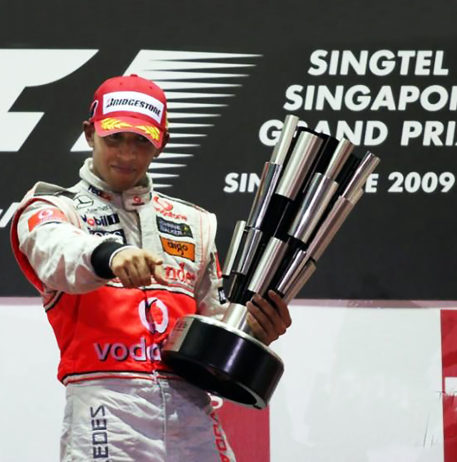 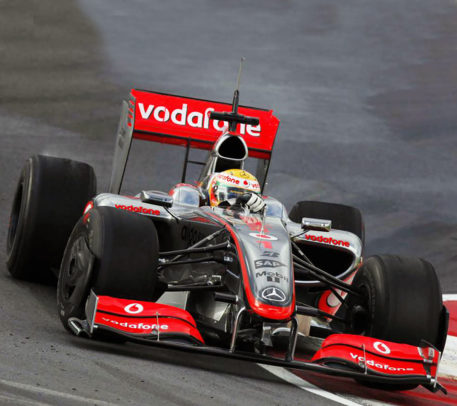 Race suit used by five times World Champion Lewis Hamilton. This Sparco suit was used during the 2009 Formula 1 season, where he was driving for the Vodafone McLaren Mercedes Team. Hamilton piloted a McLaren MP4-24 to two wins a second and two third place finishes.

2009 Lewis Hamilton Race Used Vodafone McLaren Mercedes suit was worn by the then reigning world champion in the 2009 F1 season.

In 2008 Hamilton, became the youngest driver to win the World Drivers’ Championship. The following 2009 season McLaren expected Hamilton and their new Mercedes powered MP4-24 car to cement their place at the top of the Championship. Unfortunately the design of the new car did not live up to expectation and the first half of the season was a disaster with a frustrated Hamilton calling for the car to be scraped. However, after bringing upgrades to the car, McLaren and Hamilton’s fortunes were reversed seeing them pick up two wins a second and two third place finishes seeing Hamilton finish the season in fifth place in the World Drivers’ Championship.

The off white colored Sparco suit has a wide orange band around its midriff that is edged in black. There is also orange piping around the torso and shoulder cuffs. The team’s major sponsors Vodafone (on front, back and legs) and Santander (on front and arms) feature prominently on the suit. Other sponsor patches including Hugo Boss, Johnnie Walker, Aigo and Nescafe are embroidered to the chest and upper arms.

Lewis Hamilton original race used equipment very rarely appears on the open market and very hard to acquire. Do not miss this opportunity to own a piece of F1 history worn by the present five times World Champion.