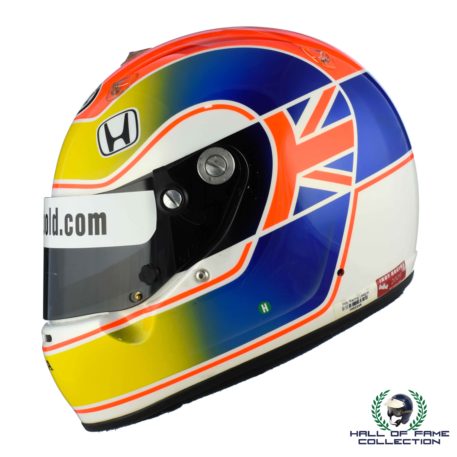 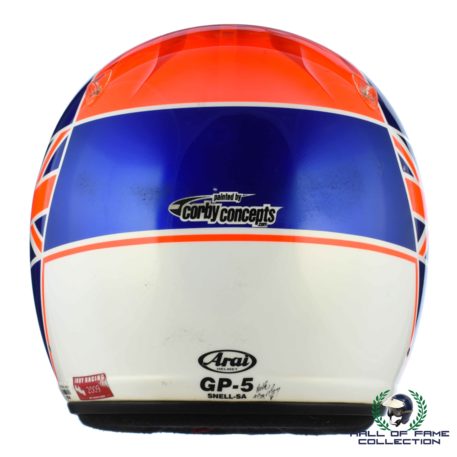 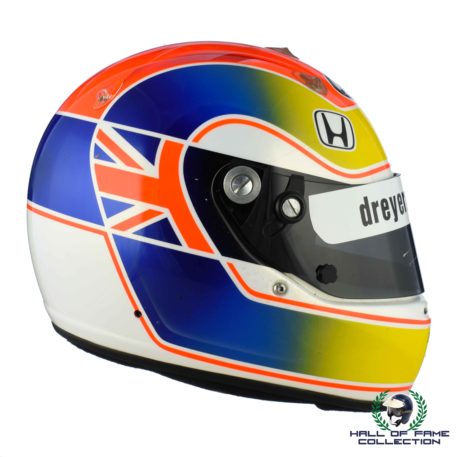 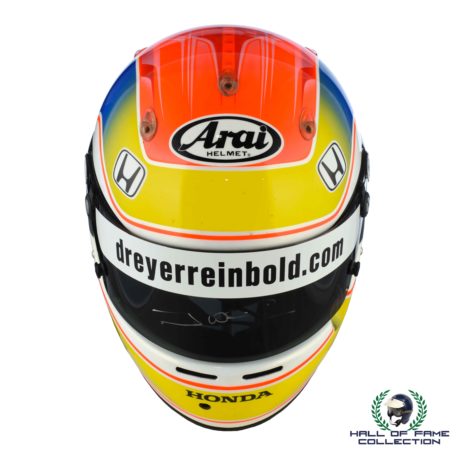 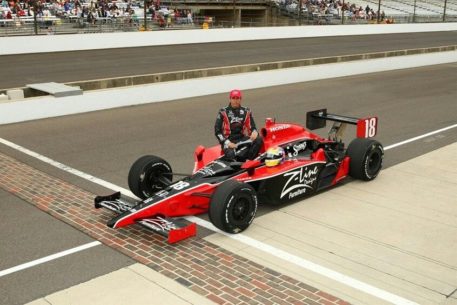 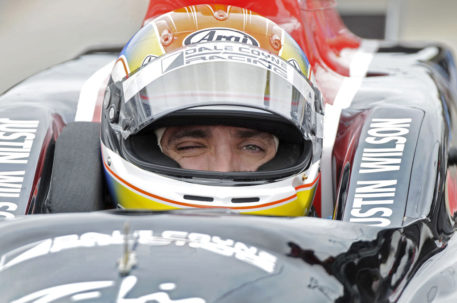 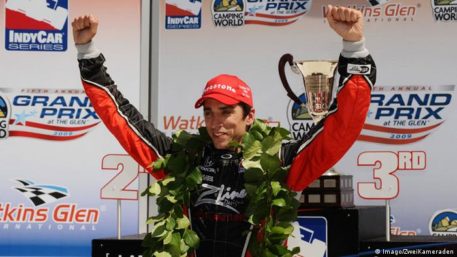 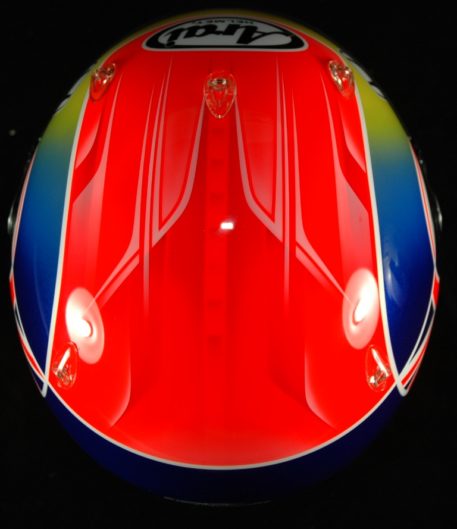 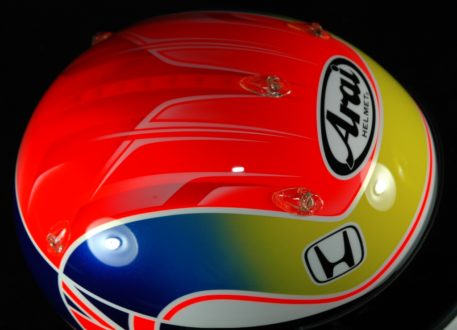 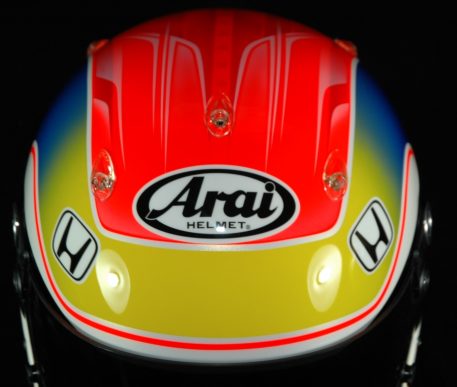 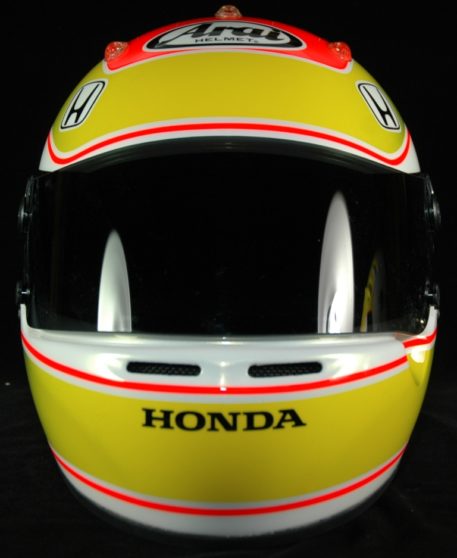 Race-used Arai GP-5 helmet worn by Justin Wilson during the 2009 IndyCar season. The helmet has was used at the Kansas and Texas races and was also used in Indy 500 practice and qualifying, among other races that year. The helmet was fitted with a Dreyer Reinbold visor to be used in 2010 season testing.

Wilson had success in all junior formula levels before making to F1 in 2003. From 2004-07 the Brit score several race victories and for 2008 Wilson and the the Newman/Haas/Lanigan Racing Team moved over to for IndyCar Series, winning the Detroit Indy Grand Prix. A move to the low-budget Dale Coyne Racing (DCR) team for 2009 resulted in the team’s first open-wheel victory at the Grand Prix at the Glen. Wilson moved to the Dreyer & Reinbold Racing squad for the 2010 and 2011 seasons. He returned to DCR for 2012 to 2014, winning the 2012 Firestone 550 and finishing sixth in the 2013 Drivers’ Championship. Late in the 2015 season, in the ABC Supply 500 at Pocono Raceway, Wilson died one day after debris from Sage Karam’s crashed car struck his helmet. He was the first driver to die from injuries sustained in an IndyCar race since Dan Wheldon in 2011.

The helmet was painted by Corby Concepts for the 2009 IndyCar season. It is signed by the painter Mike Corby and documented helmet #1 of 2009. Corby confirmed only 4 helmets were painted for Wilson in 09 and also shared his original photos of when the helmet was painted (seen below).

The helmet comes hand signed by Wilson on the visor and complete with a Certificate Of Authenticity.