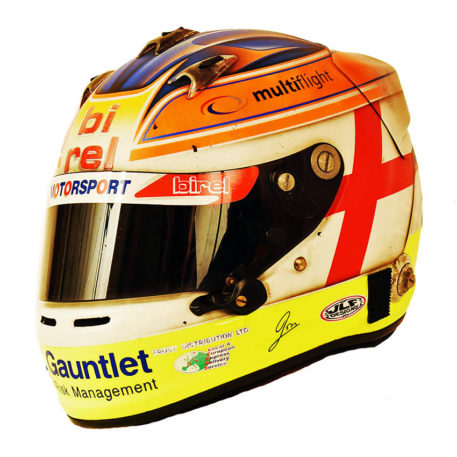 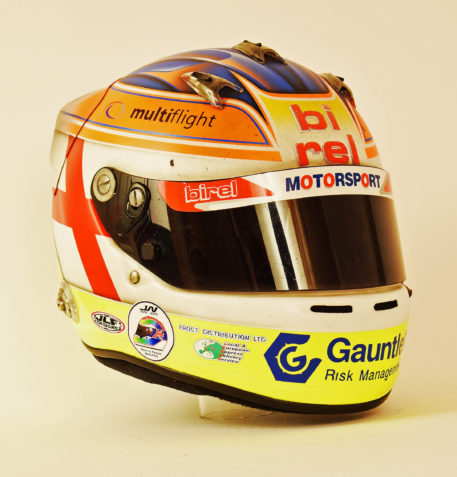 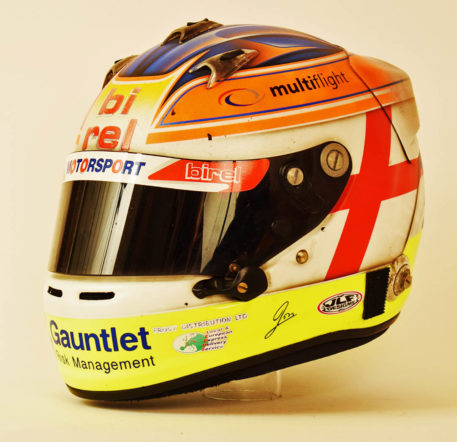 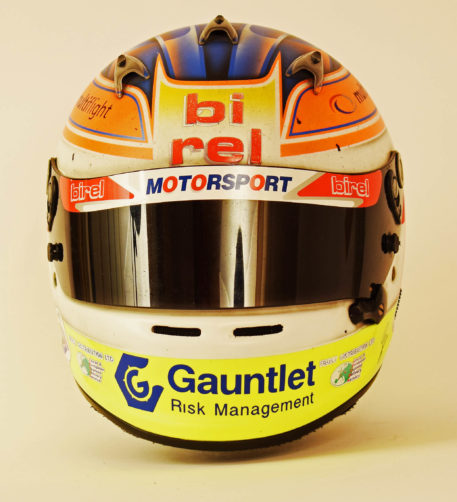 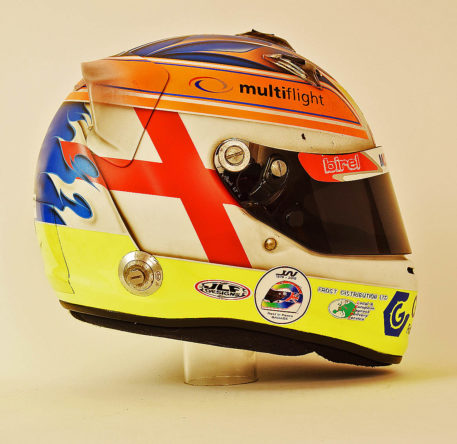 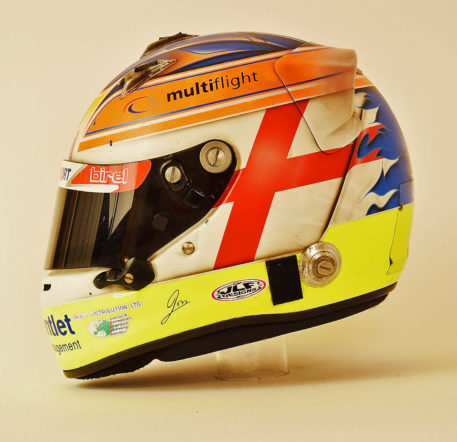 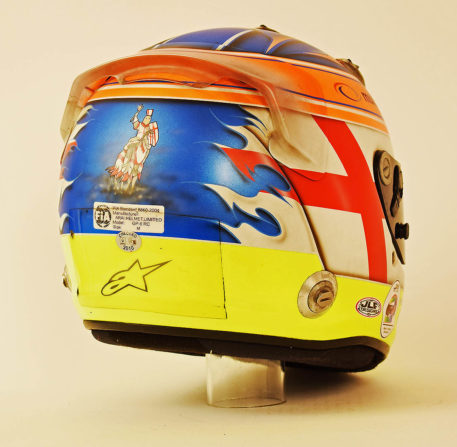 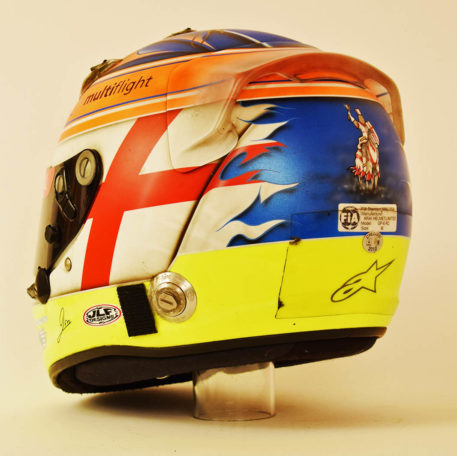 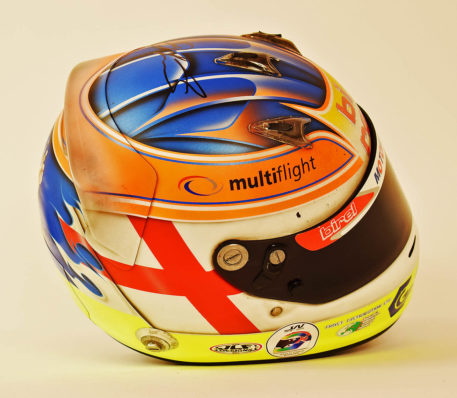 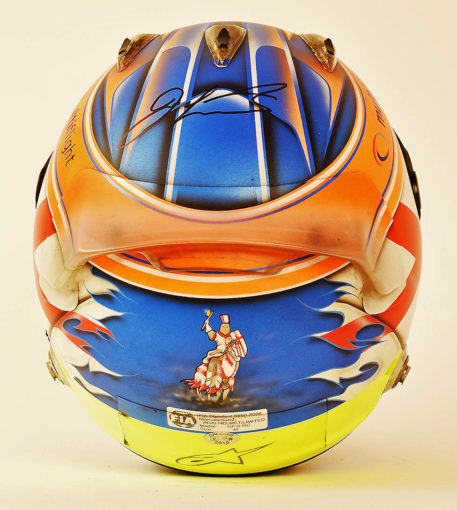 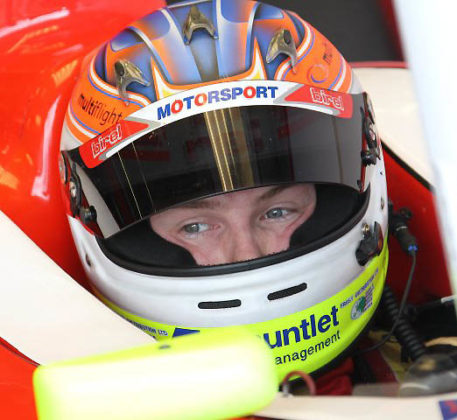 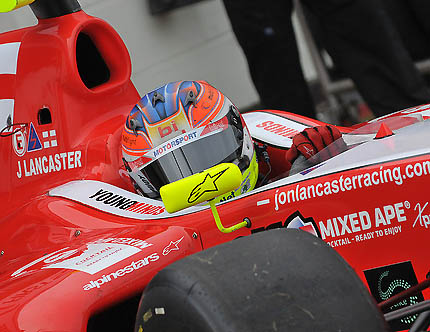 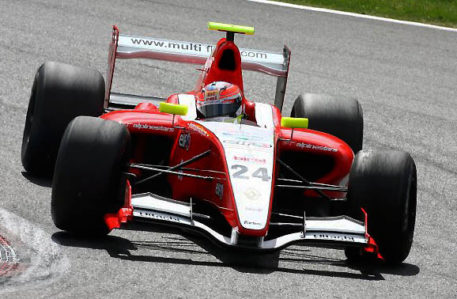 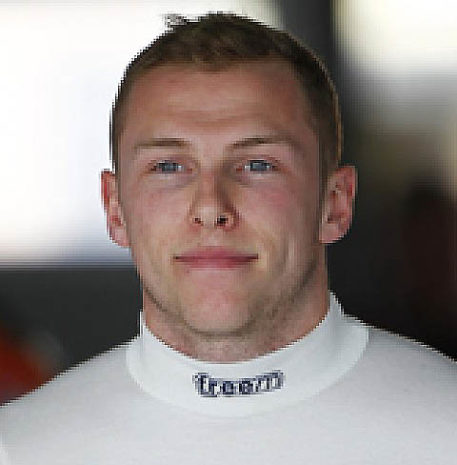 Race worn and signed helmet from young British driver John Lancaster. The helmet was used by Lancaster during the 2009 season as well as in some races in early 2010. Lancaster competed in the Formula Renault 3.5 Series for those two years and had three podium finishes including one famous win at Silverstone while wearing this helmet.  He has since moved on to drive in the GP2 series as well as in European Le Mans sports car events.

The helmet’s great paintwork scheme is by famed JLE Designs with the Cross of St. George on the sides and the ‘Crusader on Horseback’ on the back. The helmet comes with a Certificate Of Authenticity.