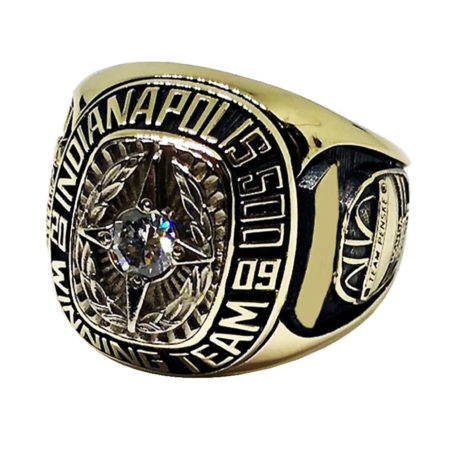 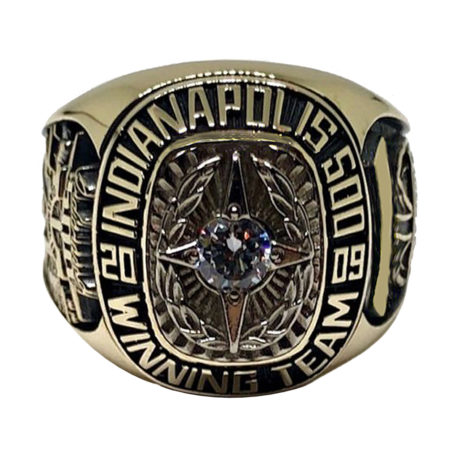 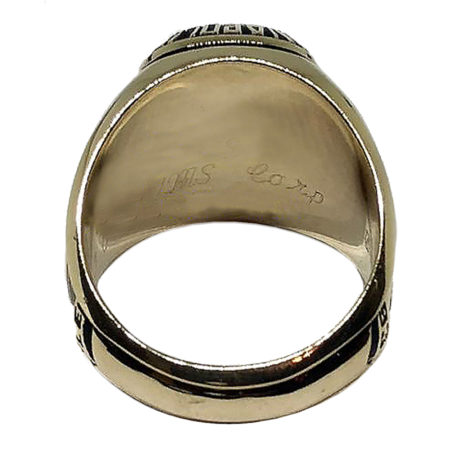 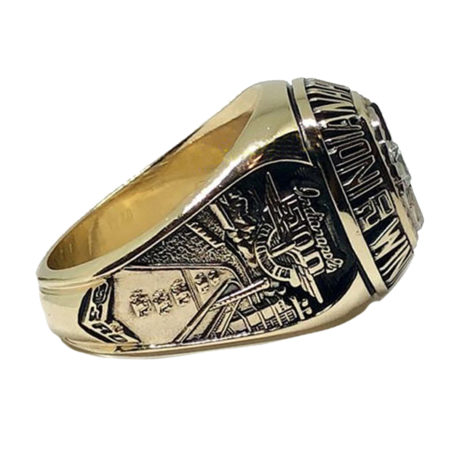 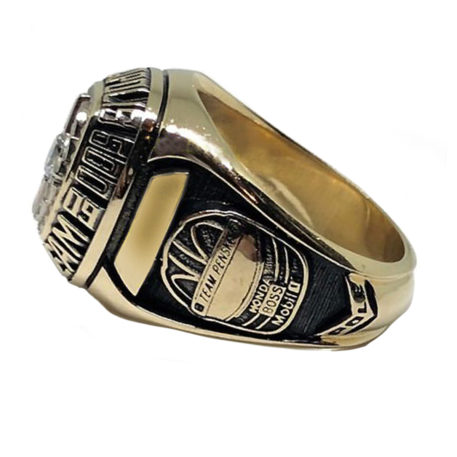 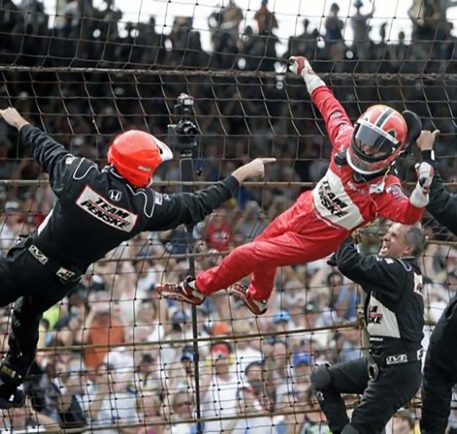 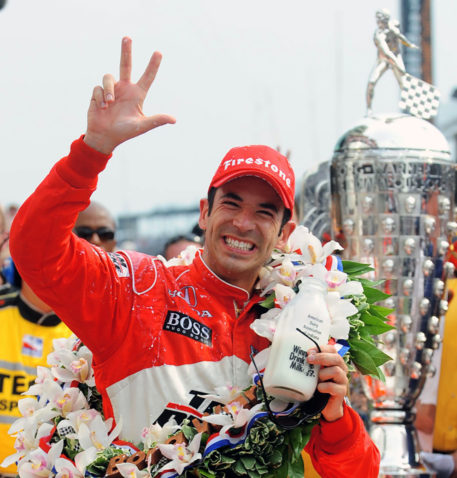 This ring would have been presented to one of the Team Penske crew/staff members for their contribution in assisting Brazilian Hélio Castroneves to win the 2009 Indianapolis 500. Castroneves won the race from pole position to take his third victory at the prestigious event. He became the first foreign-born three-time winner of the race and tied a record by winning all three races in the same decade (2001, 2002, 2009). The win was team owner Roger Penske’s 15th Indy 500 triumph.

These Indy 500 rings are unlike the IndyCar Championship rings which were given to all Penske staff and commissioned by Penske. The Indy 500 rings are only given to the team members of the winning car by the Indianapolis Motor Speedway Corporation itself and are only produced in very small numbers, making them a great deal rarer.

This fantastic ring has a unique beautiful design by Herff Jones and made in 10 karat gold. It has a large Cubic Zirconia stone inlaid front and center and is surrounded with laurel leaves and the words ‘2009 Indianapolis 500 Winning Team’. On the left side there’s an image of a Castroneves helmet with the words ‘Pole’ underneath and on the right side is an image of the front straightaway and the Centennial era logo with 93rd (running) underneath.  The ring is in excellent condition and bears the previous owner’s name. It weighs approximately 29.3 grams and is an approximate size 12

This is a very rare opportunity to own one of these coveted Indianapolis 500 winners’ rings.

The ring comes with a full Certificate Of Authenticity.