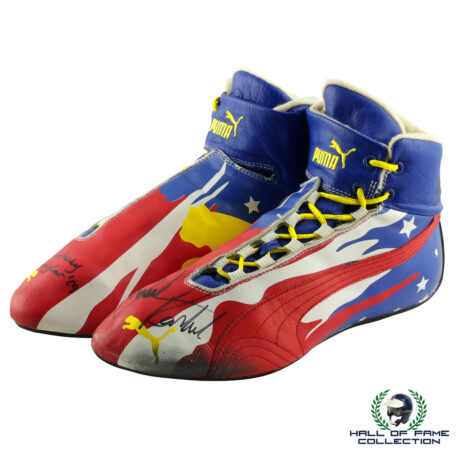 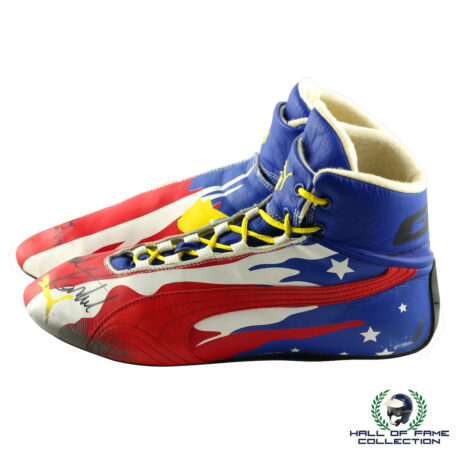 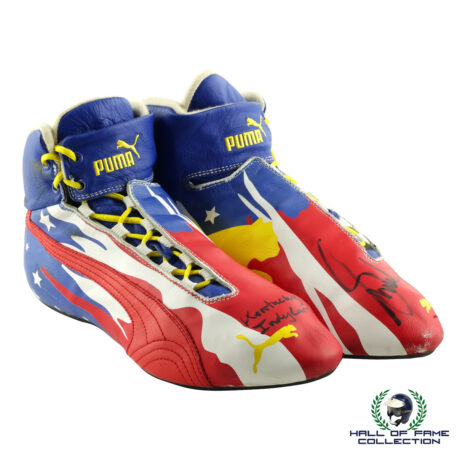 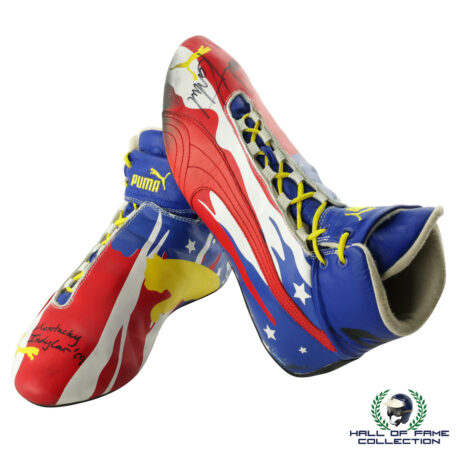 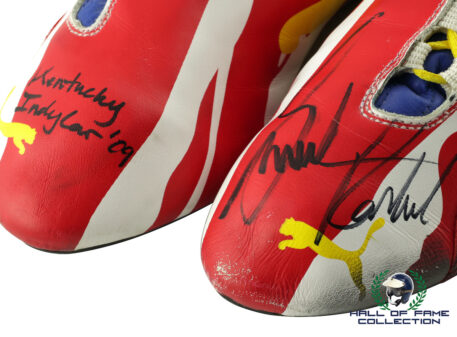 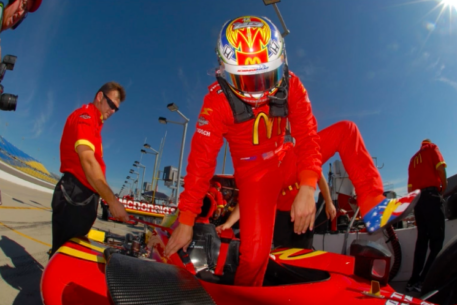 Race-used Puma boots worn by Graham Rahal during the 2009 IndyCar season while driving for Newman/Haas/Lanigan Racing. The boots were used specifically at the Kentucky Speedway on Aug. 1st, 2009 by Rahal, where he would finish in 5th place.

Rahal returned to Newman/Haas/Lanigan for the 2009 IndyCar Series, taking over the No. 02 car with McDonald’s as his sponsor. He began the season by taking pole position at St. Petersburg, his first in his IndyCar career, thus becoming the youngest ever polesitter at the age of 20 years and 90 days. This was the first time a Rahal had won an IndyCar pole since his father started first at Toronto in 1992, which was Bobby’s third in a row that season. Graham finished the season 7th in the overall points standings, with two podium finishes and 7 other top-ten finishes.

The boots are signed by Rahal in black marker pen, with the left boot bearing his signature and the right boot commemorated with Kentucky IndyCar ’09.