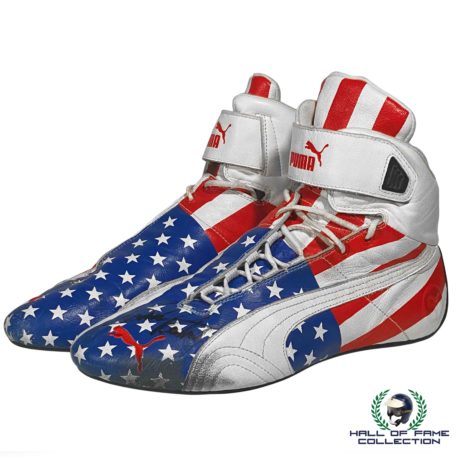 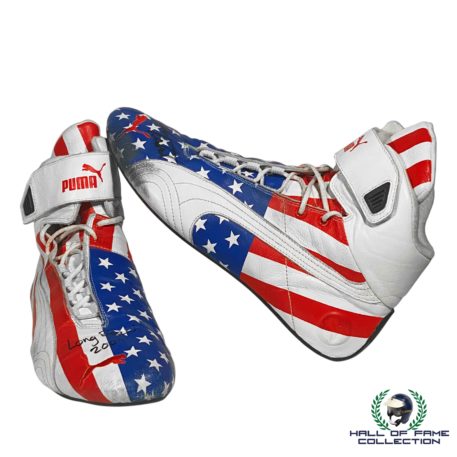 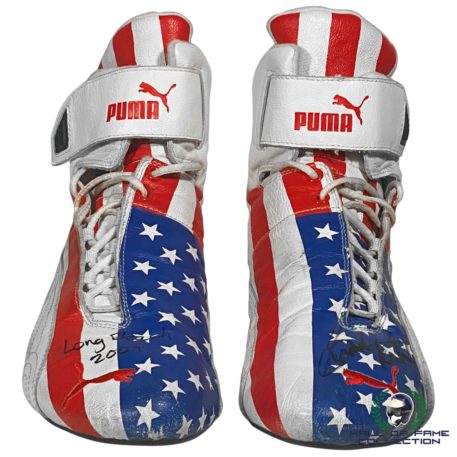 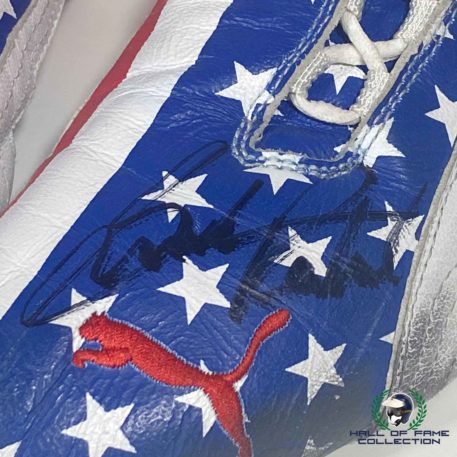 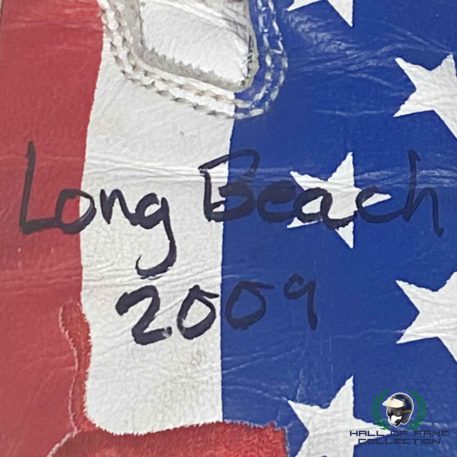 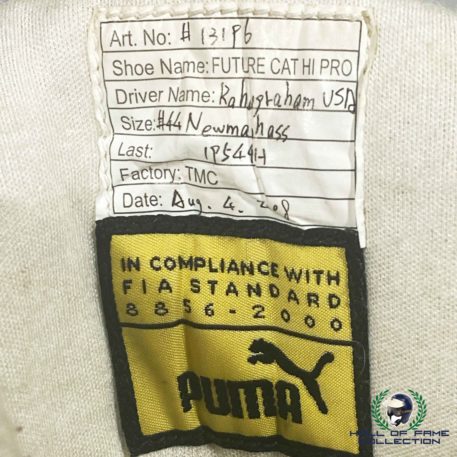 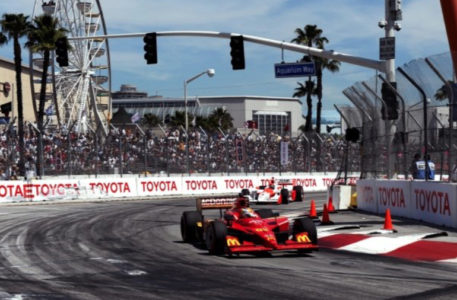 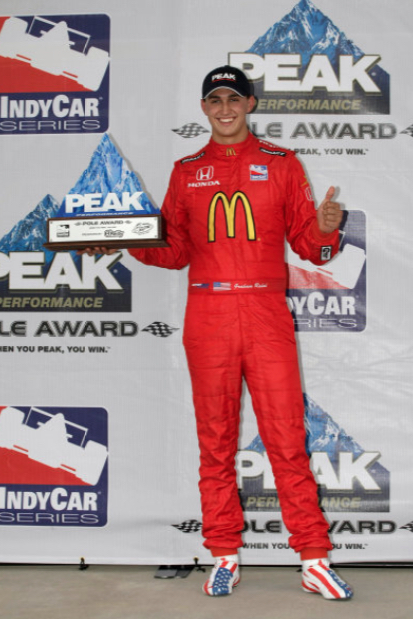 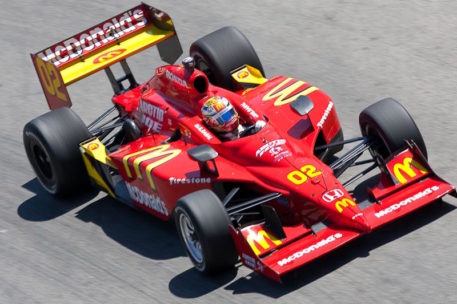 Graham Rahal used these custom-made, American Flag inspired Puma boots in the first two races of the 2009 IndyCar season while driving for the Newman/Haas/Lanigan Racing team. Rahal nabbed his first IndyCar pole, in these boots, becoming IndyCar’s youngest ever pole sitter at the season opener in St. Petes. He then used the boots at the Long Beach Grand Prix where he signed the boots “Long Beach 2009” on one boot and his name on the other.

These boots come with a Certificate Of Authenticity.