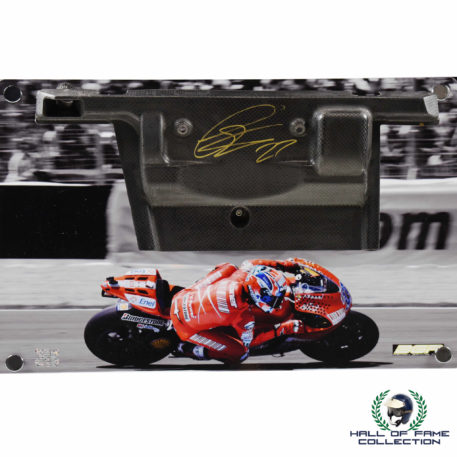 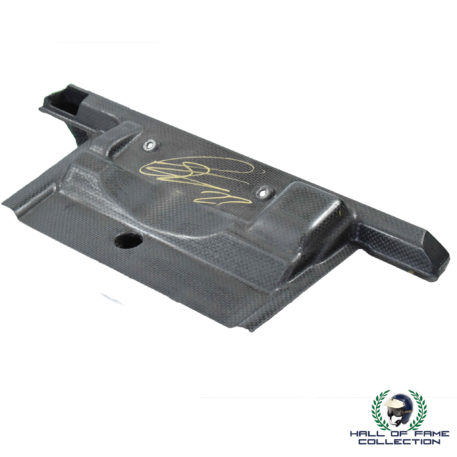 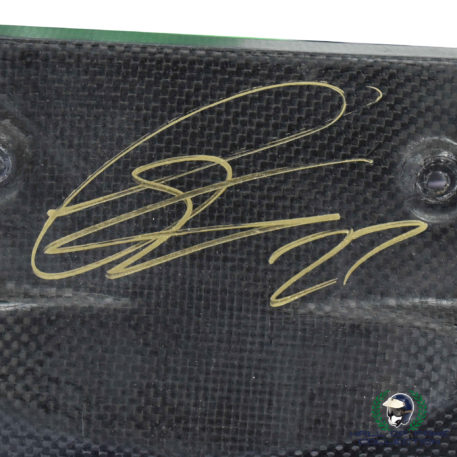 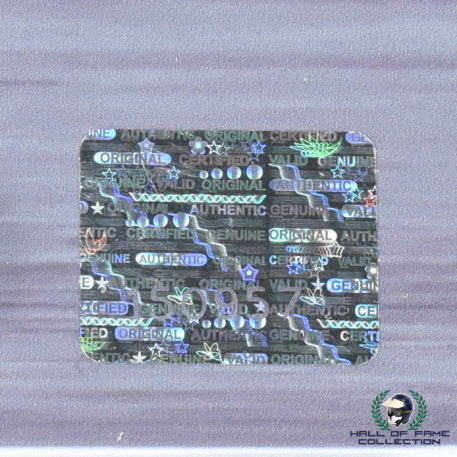 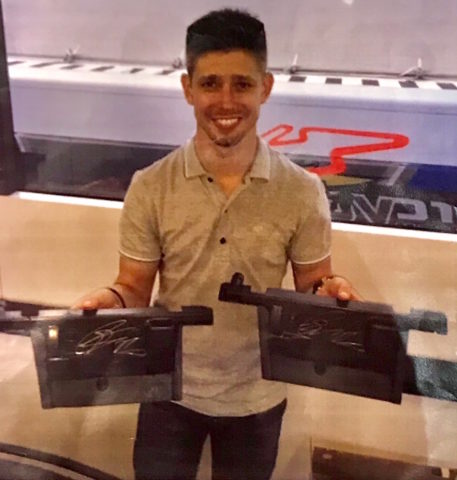 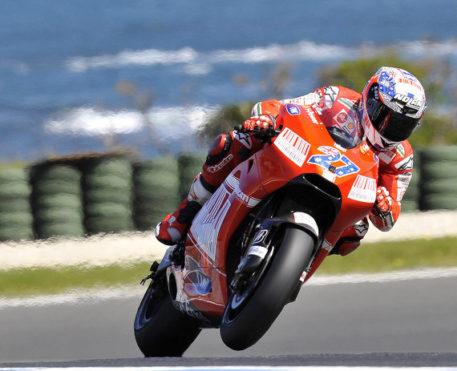 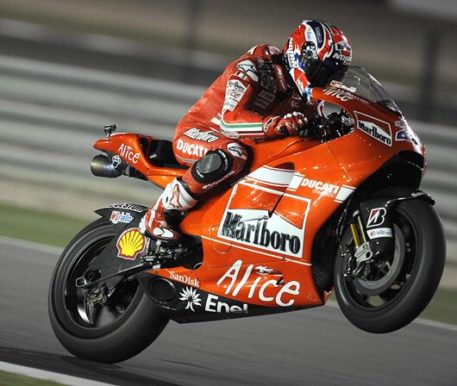 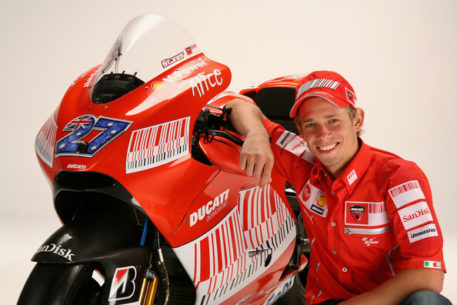 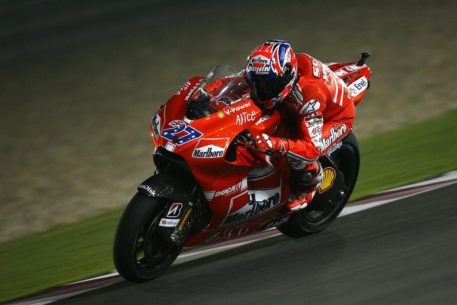 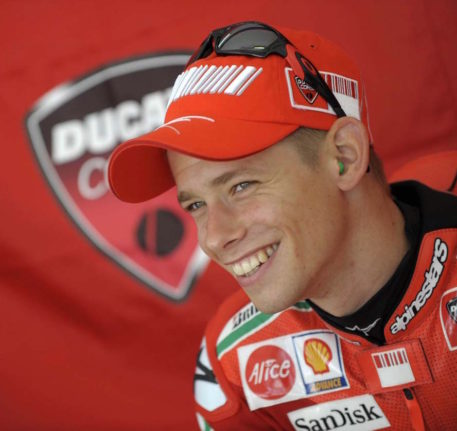 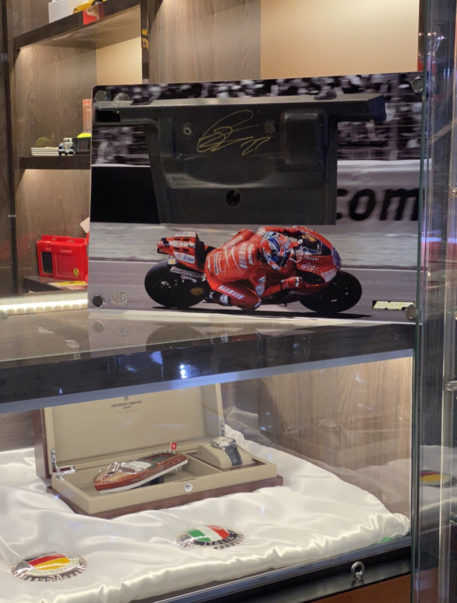 This carbon fibre radiator stone guard comes straight from two time Moto GP World Champion Casey Stoner’s Ducati GP9 motorcycle. The stone guard signed by Stoner, comes mounted on a acrylic display board with a photo of Stoner and his Ducati in action, ready to mount on your favourite wall for display.

Stoner joined MotoGP in 2006 after coming second in the 125cc 2005 World Championship. His first year in MotoGP he rode for LCR Honda Team. He secured his first pole in only his second race and had his season’s best finish of second in the Turkish GP.

In 2007 he signed for the factory Ducati Team, this would prove a fantastic move for both Ducati and Stoner. In their first outing together they won in Qatar. That was a sign of things to come and Stoner went on to take the title by storm with 10 race wins and 6 poles. This was the first time that Ducati won the MotoGP championship, and the first for an Italian manufacturer since 1974, when MV Augusta won.

The following year in an attempt to defend his World Champion title, Stoner again won the season opener in Qatar. Despite winning 6 races that season and a points haul of 280, crashing out a succession of races saw him lose the title to Valentino Rossi.

The next two seasons he rode with Ducati but struggled with health issues that affected his riding. 2011 saw him and Honda reunite for a much more successful union than their earlier one. Once again he won the season opener in Qatar. Casey would go on to win 10 races and 350 points to win the Championship in decisive fashion. What a dominant season it was, Casey was on the podium for every race but one where he retired.

The 2012 season looked good for him until he injured his ankle and required surgery forcing him to miss 3 races and ruling him out of championship contention. Stoner came back for the last three races and won his home race in Phillip Island, the win gave him the undefeated record on that track when running Bridgestone tires. This victory saw him go out in style as that proved to be his final MotoGP race in his awesome career.

Don’t hesitate to add this unique item from the Australian rider who was the only one to win a Championship during the Lorenzo and Marquez decade.

This signed Ducati carbon part comes with a Hall of Fame Collection Certificate of Authenticity.