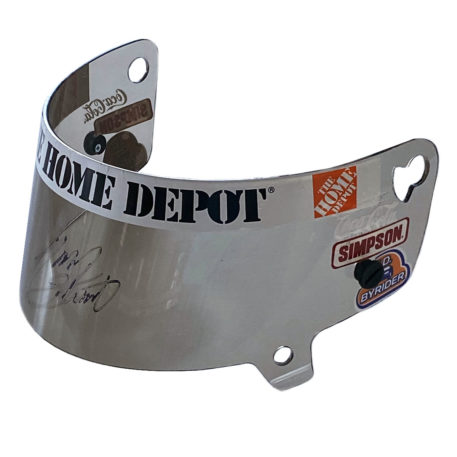 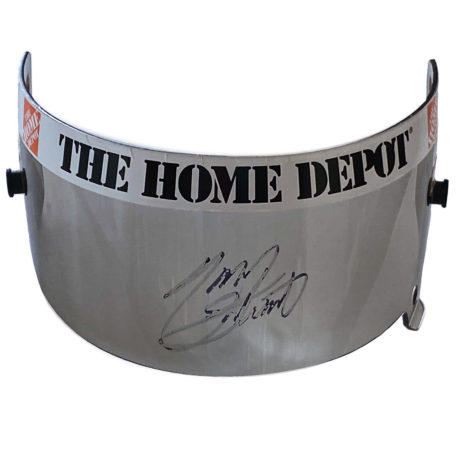 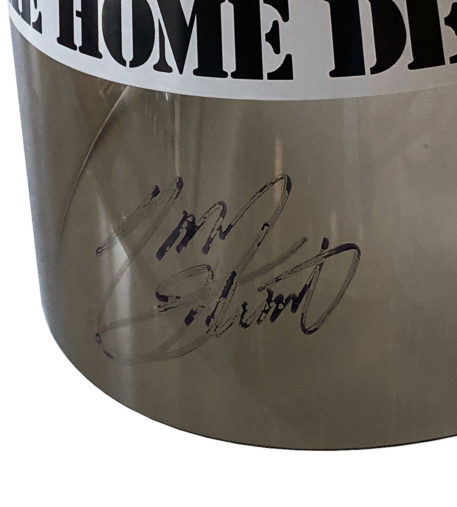 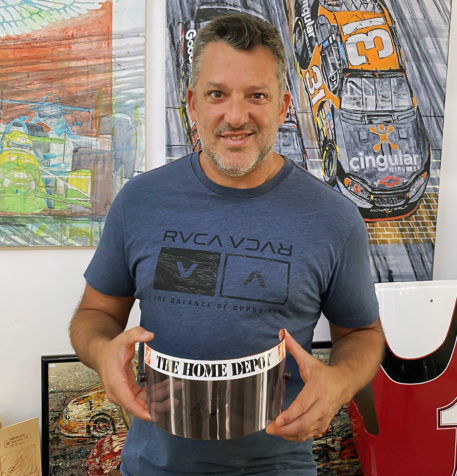 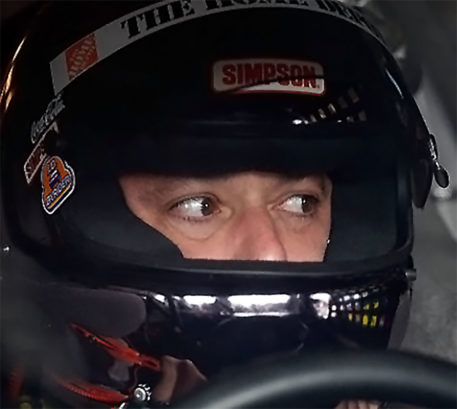 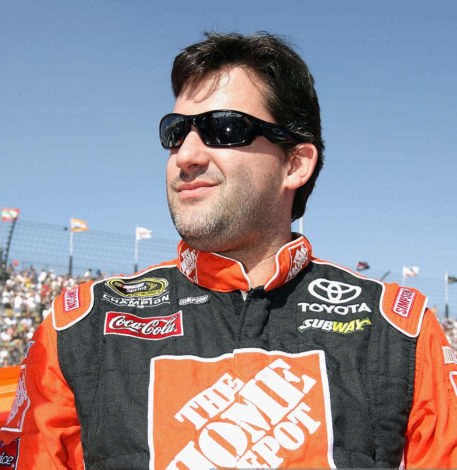 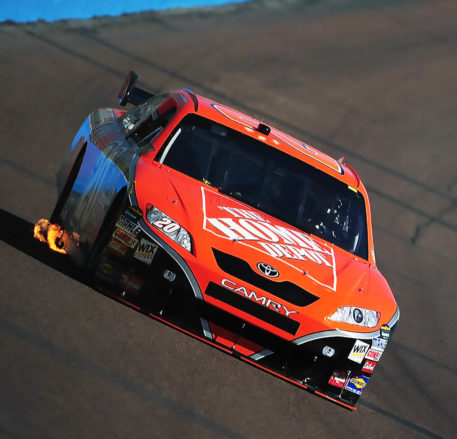 This Simpson ‘Smoke’ tint visor was used by NASCAR superstar Tony Stewart during the 2008 season. Stewart, while driving for Joe Gibbs Racing he had six victories including a famous win in the Sprint Cup AMP Energy 500 at the Talladega Superspeedway. His other five wins came in the NASCAR Xfinity Series.

The visor wears a Home Depot sun strip and has Simpson and Byrider decals to either side. The visor has been personally signed by Tony ‘Smoke’ Stewart with a black marker pen and comes with a full Certificate of Authenticity.

A great chance to acquire a race-used item from a true legend of NASCAR racing.