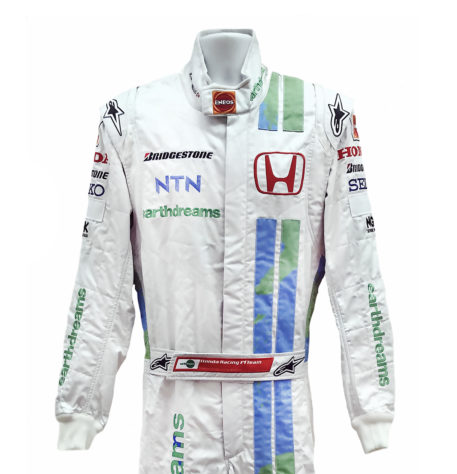 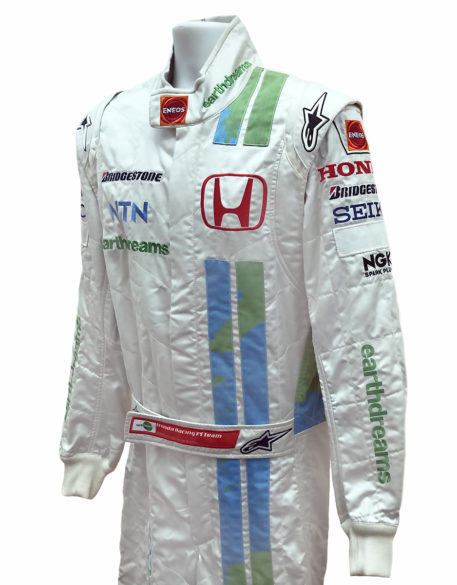 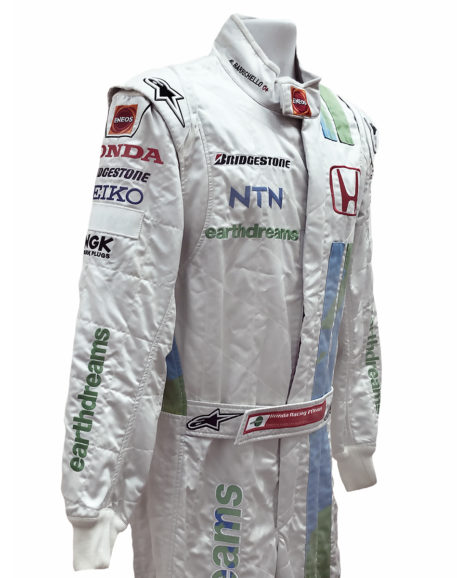 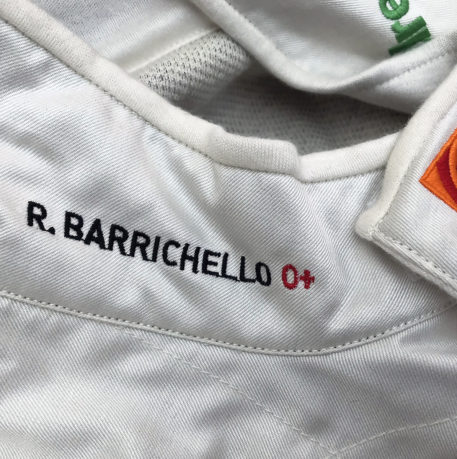 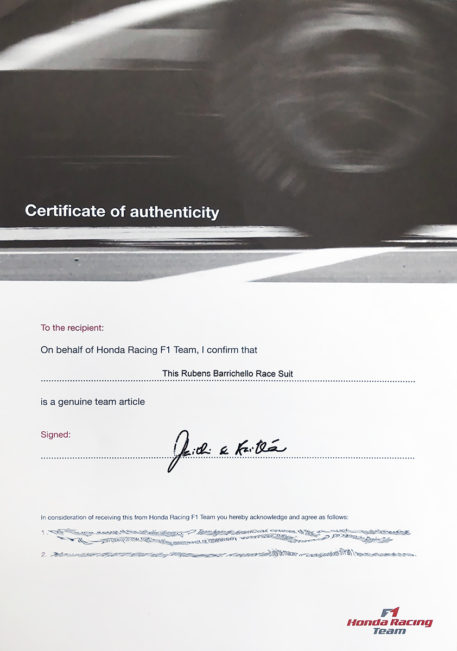 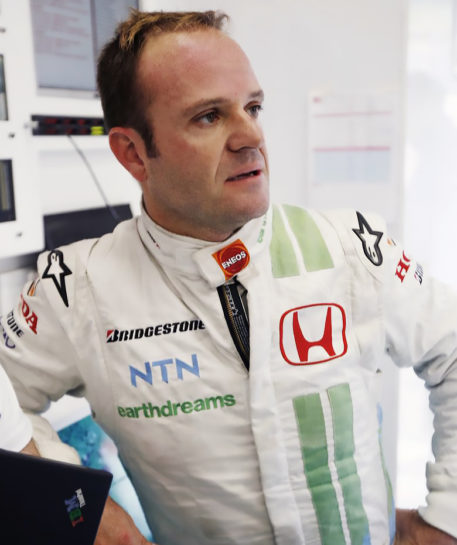 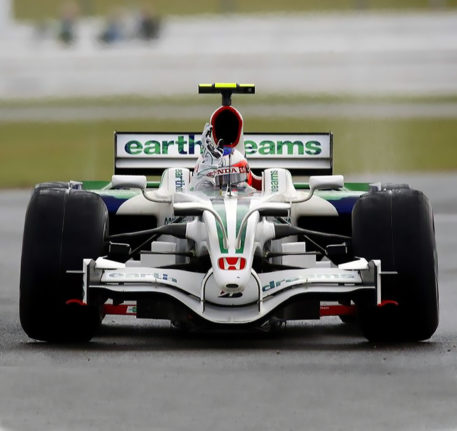 Rubens Barrichello Alpinestars race suit used by the Brazilian driver during the 2008 Formula 1 season. The suit would have been used by Barrichello while driving for the Honda Racing F1 Team at the Spanish Grand Prix. This was determined due to the fact that Showa Benko sponsorship branding logos being blanked out on the arms of the suit. The previous Grand Prix in Bahrain was the last time this particular sponsor’s branding logos appeared on all Honda Racing suits.

The white suit has two of major sponsor’s Earthdreams ‘globe graphics’ stripes running down the left side (interrupted by a Honda logo) of the legs of the suit. The Earthdreams letter branding is on the right leg, right chest arms and neck. Other sponsorship/supplier’s branding logos are on the chest and arms, including NTN, Seiko, Bridgestone and NGK. The back of the suit has an Earthdreams ‘globe graphics’ panel across two-thirds of the back. Above this  and across the shoulders is Honda’s ‘Power Of Dreams’ lettering. Barrichello’s name and blood group is embroidered on the collar.

The suit comes with an authenticity letter from Honda Racing and a full Certificate Of Authenticity from the Hall Of Fame Collection.