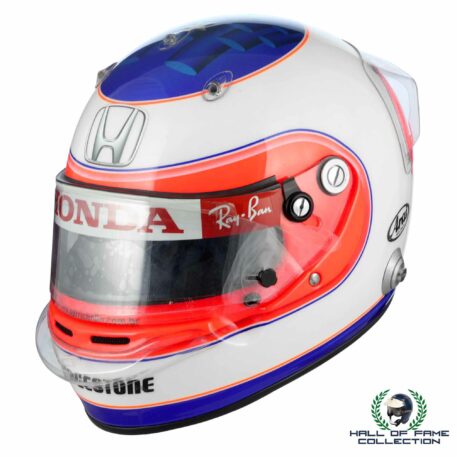 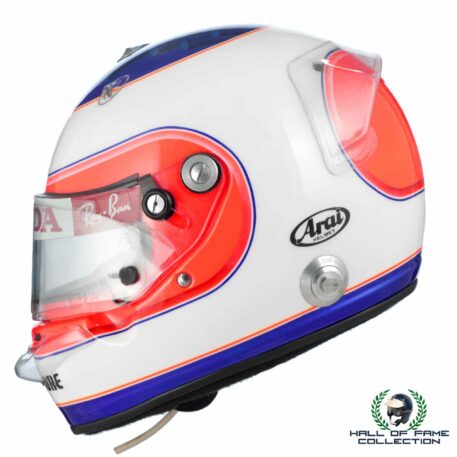 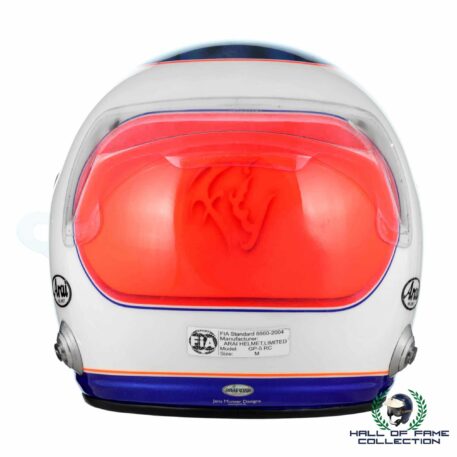 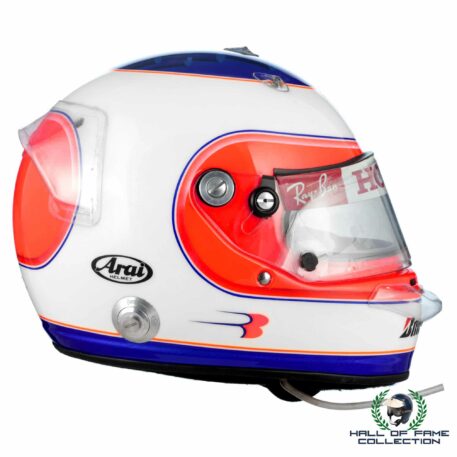 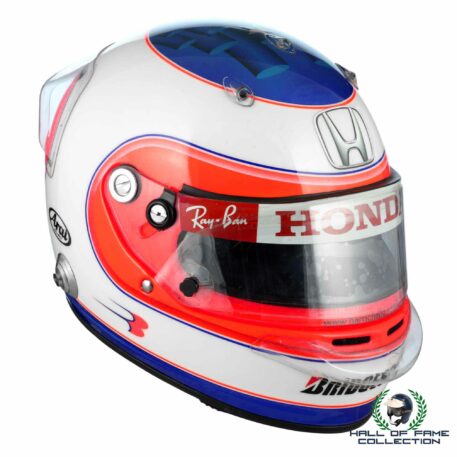 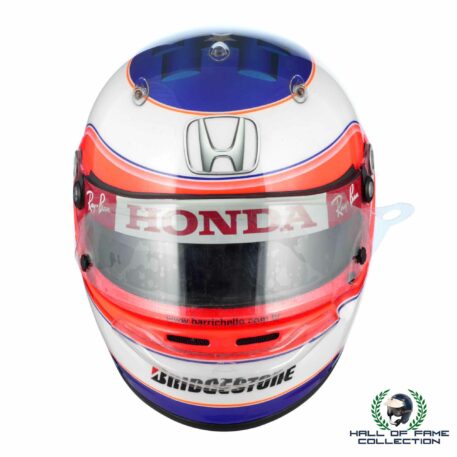 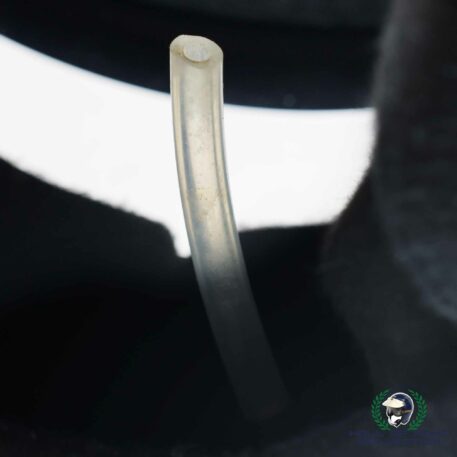 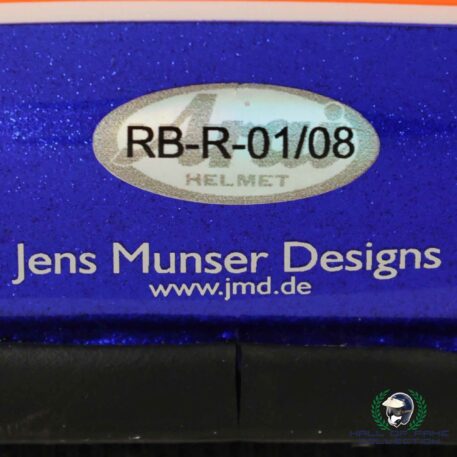 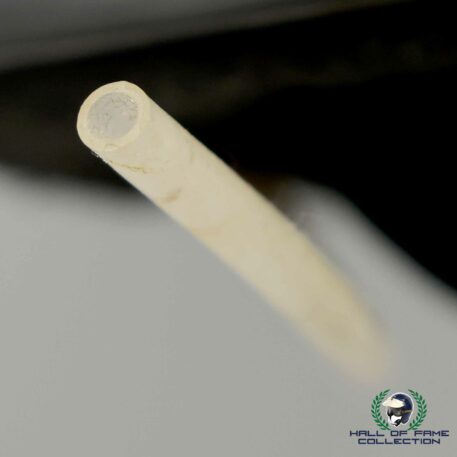 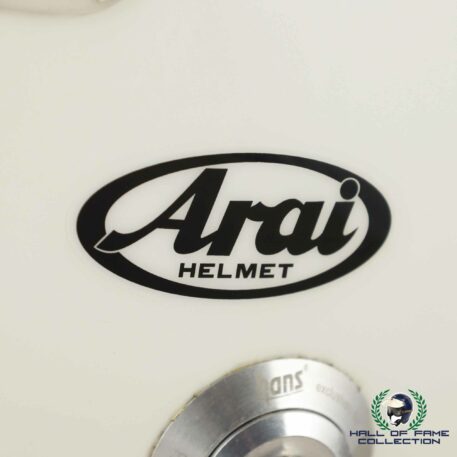 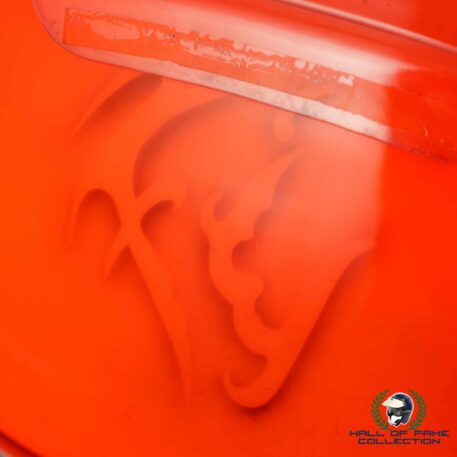 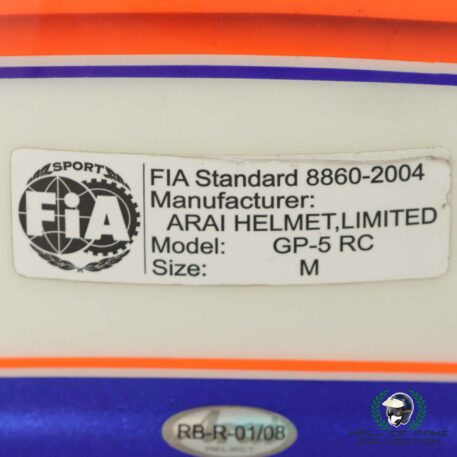 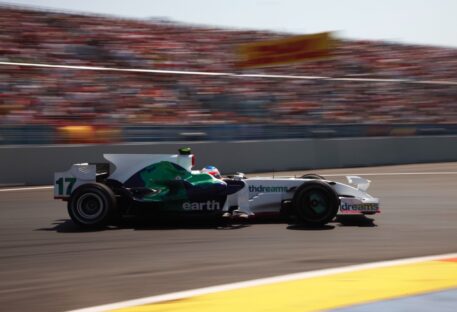 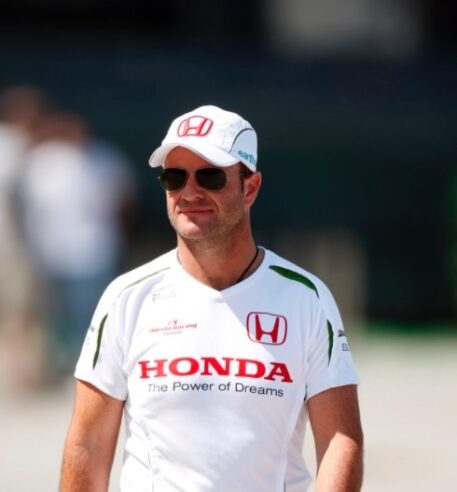 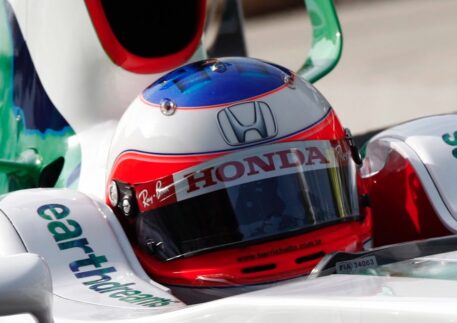 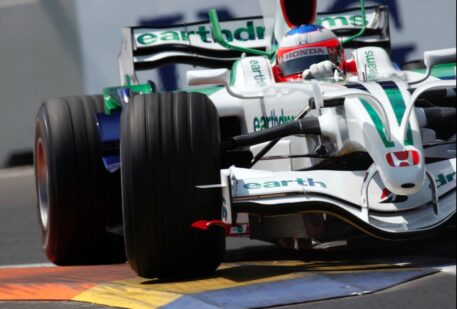 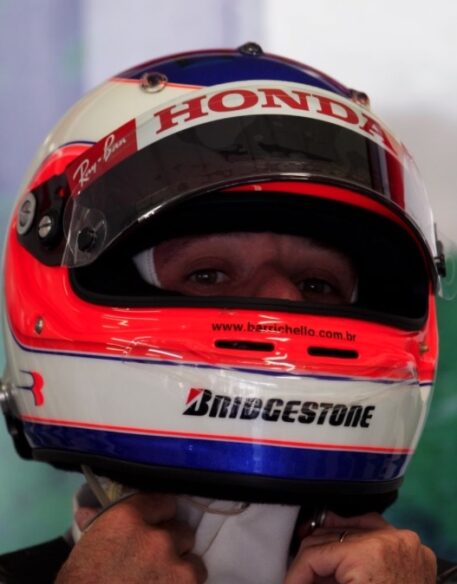 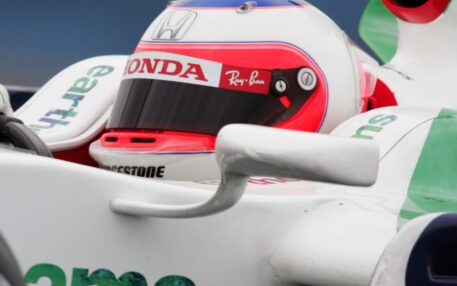 Race-used Arai helmet worn by Rubens Barrichello during the 2008 Formula 1 season while driving for the Honda Racing F1 Team. The helmet has been photo-matched to the 2008 European Grand Prix held at the Valencia Street Circuit.

Rubens Barrichello spent 19 seasons in Formula One, six of them as Michael Schumacher’s teammate at Scuderia Ferrari, where the Brazilian won nine of his 11 races, finishing second twice in the Drivers’ standings (both times to Schumacher). Barrichello would win four races in 2002, which proved to be his most productive season. Barrichello joined F1 in 1993 as a Jordan driver, and the last of his 322 races came with Williams in 2011, fittingly, at his home track of Interlagos. His final two wins came in 2009 while racing at Valencia and Monza with the Brawn GP F1 Team.

Barrichello moved to IndyCar in 2012 joining KV Racing Technology, to drive the team’s number eight entry alongside Kanaan and E. J. Viso. Barrichello raced in his first Indianapolis 500 on the 27th of May, 2012. He led a total of two laps finishing in 11th place and, in doing so, won the 2012 Indianapolis 500 Rookie of the Year title. During the rest of the season he took two top six finishes, and finished the year in 12th position in the Championship.

The Helmet  comes with a Certificate Of Authenticity.