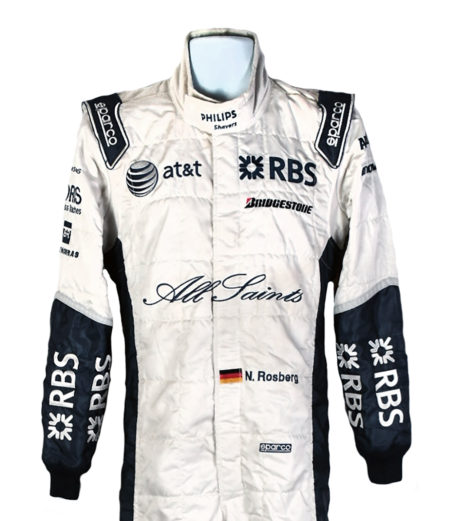 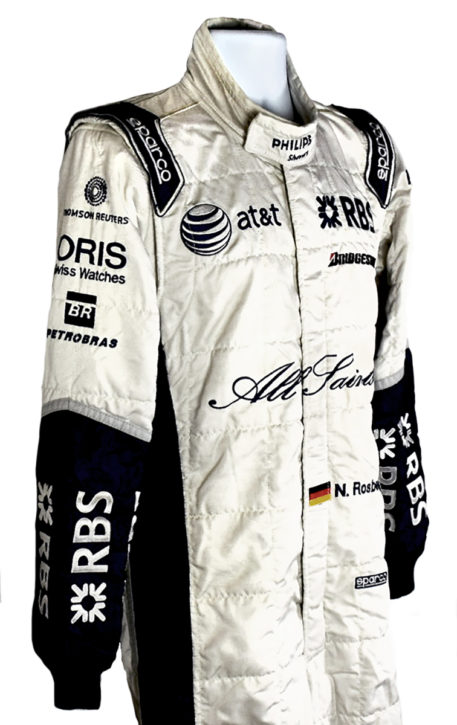 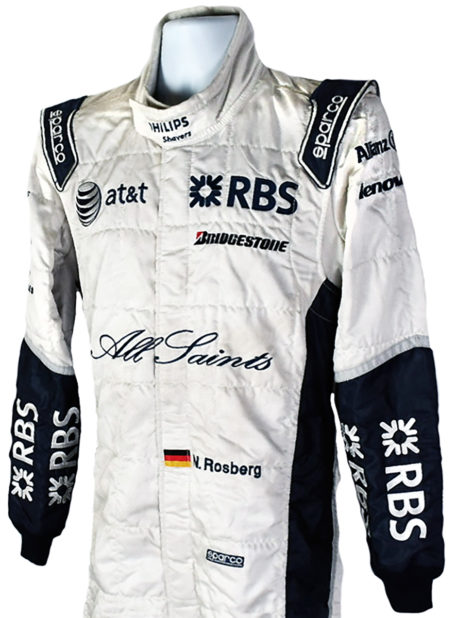 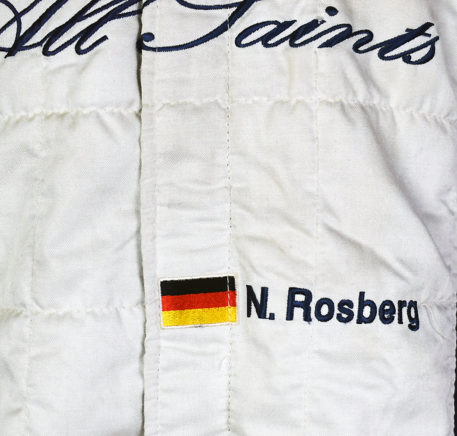 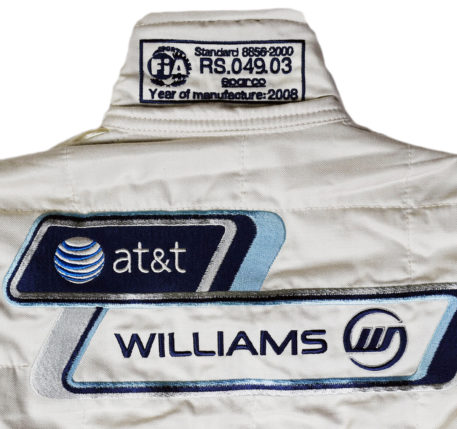 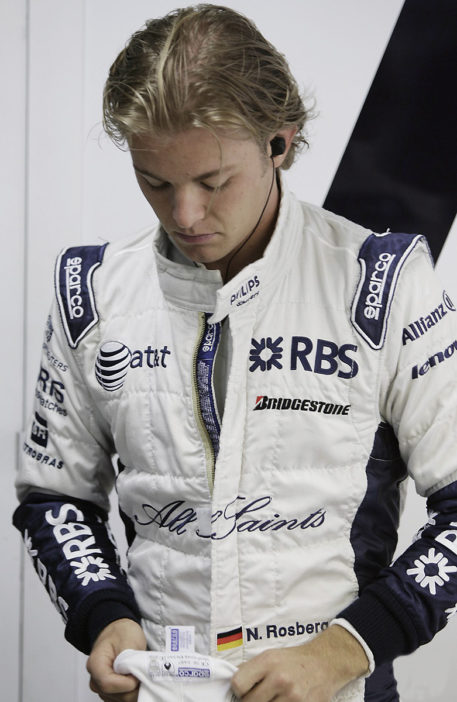 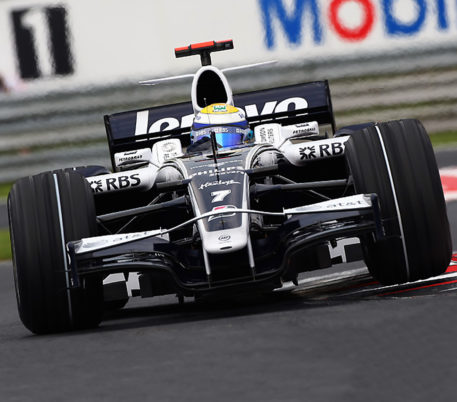 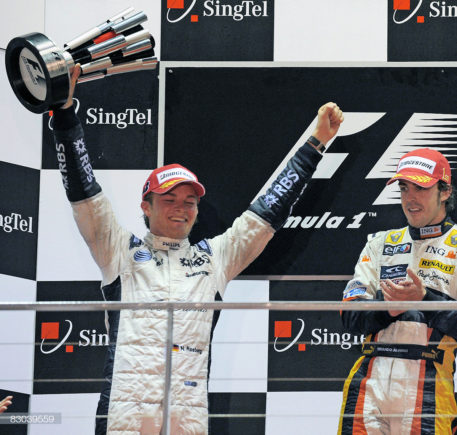 Sparco race suit used by the German and 2016 F1 World Champion driver Nico Rosberg. He wore this suit during the 2008 Formula One season while driving a Toyota-powered FW31 for the AT&T Williams Race Team. It was a breakout season for Nico as he scored his best results to date, finishing on the podium in third place at the Australian Grand Prix, and again in second place in Singapore. He is also the son of another former F1 World Champion Keke Rosberg.

The all-white suit has wide dark blue side stripes running down the length of the torso and legs. Also in dark blue are the forearms and shoulder pulls all edged with silver braid. The upper arms have branding logos that include Oris, Petrobras, and Allianz. One of the team’s major sponsors ‘RBS Banks’ branding logo is on the aforementioned forearms and as well as on the right chest. On the left chest is the branding logo of another major team sponsor, the American telecommunications giant AT&T. The midriff has the branding logo of clothing company ‘All Saints’. The back of the suit bears the AT&T Williams team logo above the ‘Philips Shavers’ company logo. Rosberg’s name and national flag are embroidered on the waist.

This is a great looking suit worn by a former F1 World Champion.