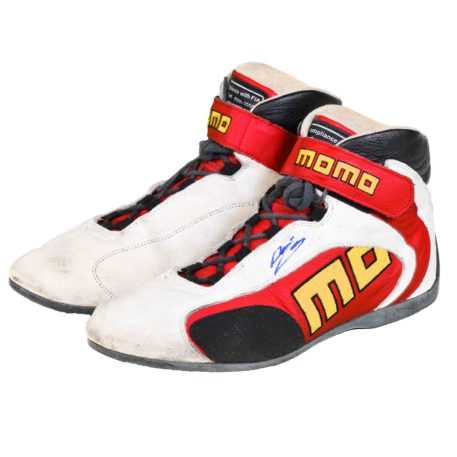 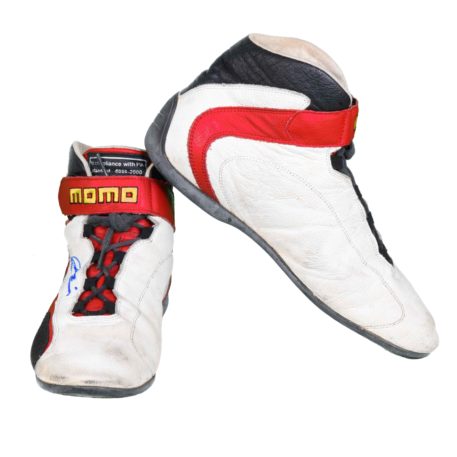 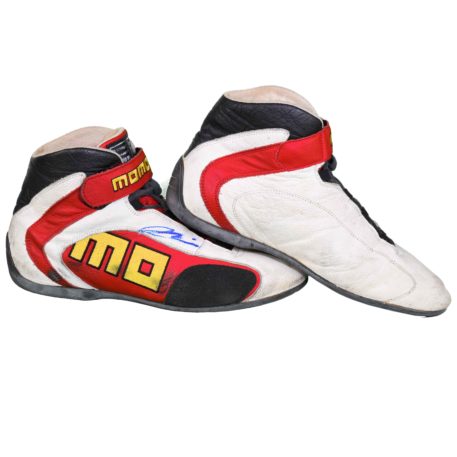 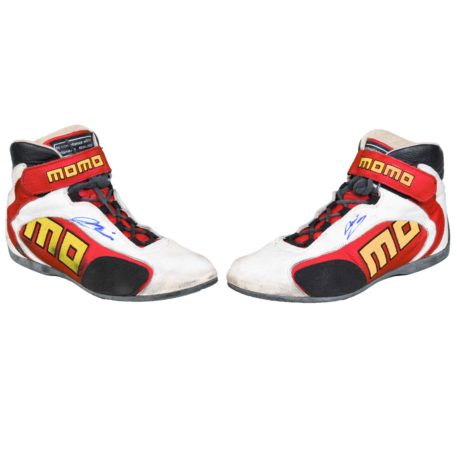 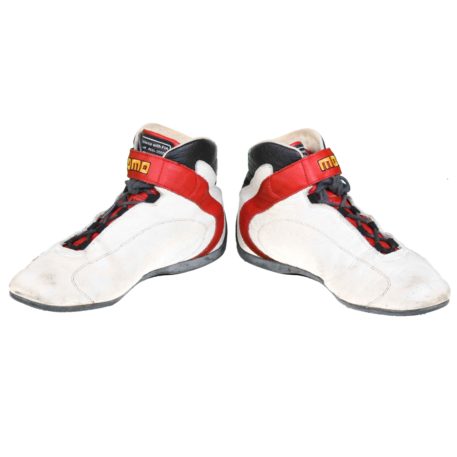 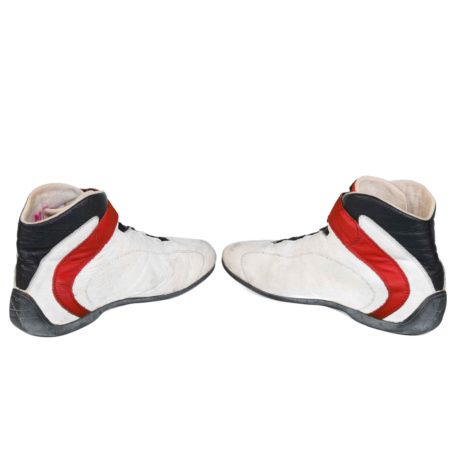 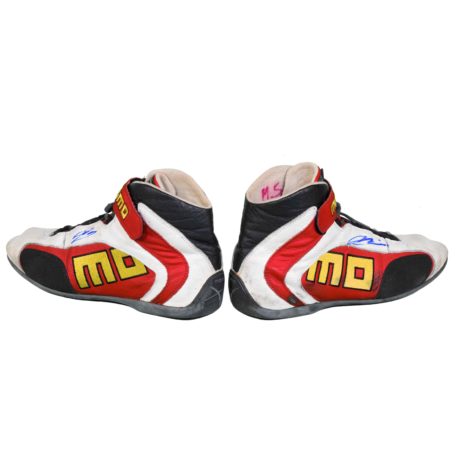 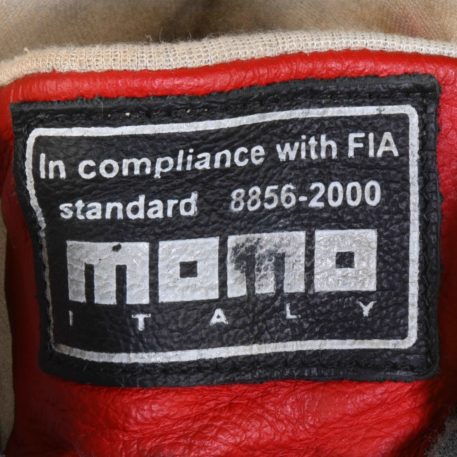 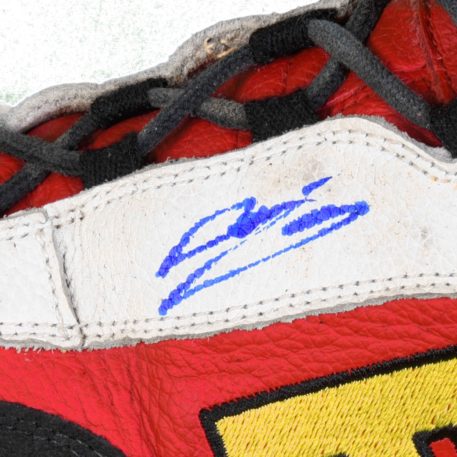 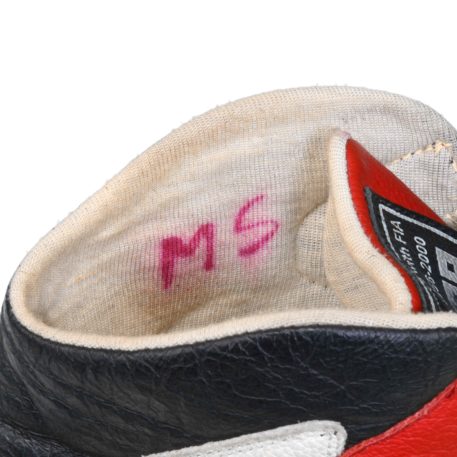 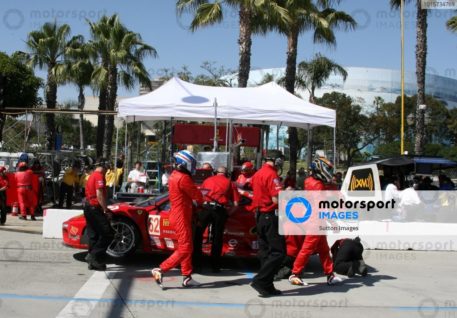 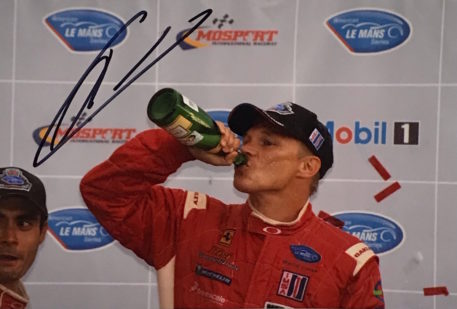 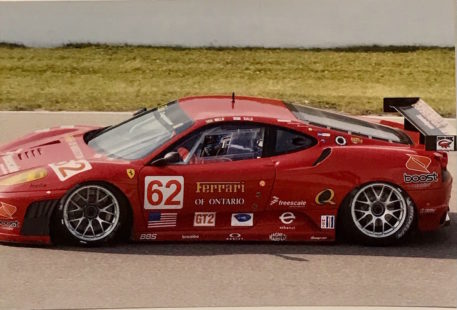 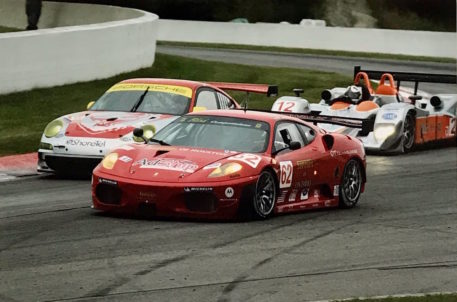 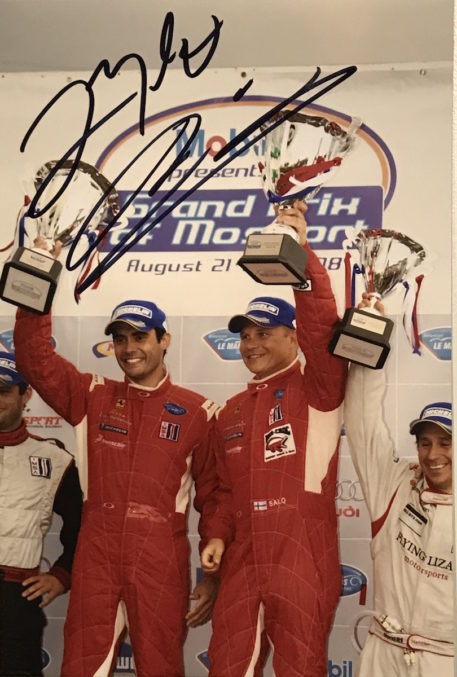 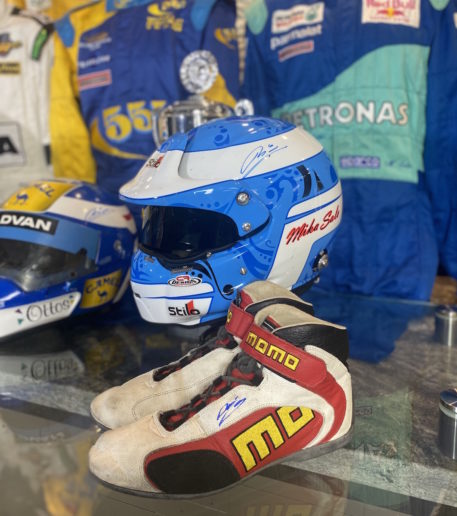 Momo boots race-worn by Salo in the 2008 American Le Mans Season. Photo matched to Long Beach and many other events that season, Salo would take two victories at Mosport and Petit Le Mans driving the Ferrari F430GT.

Salo started his long, successful racing career in Formula Ford. Racing both in Finland and in the UK at the famous Festival held at the Brands Hatch Circuit. In 1989 he moved up to the competitive British F3 Championship. In 1990 he finished 2nd behind fellow Finn, Mika Hakkinen in the final drivers standings.

Don’t miss this rare opportunity to own something truly unique from Mika Salo’s impressive racing career.