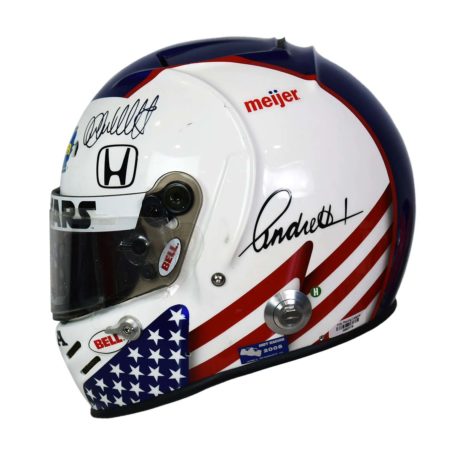 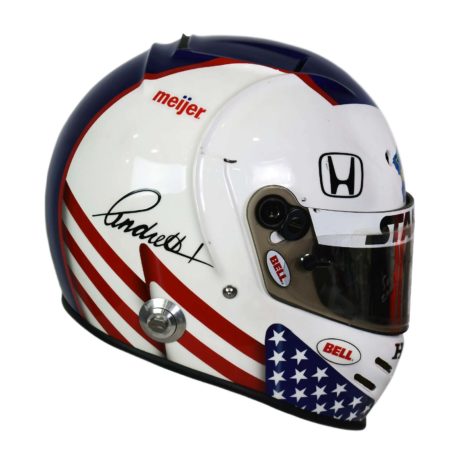 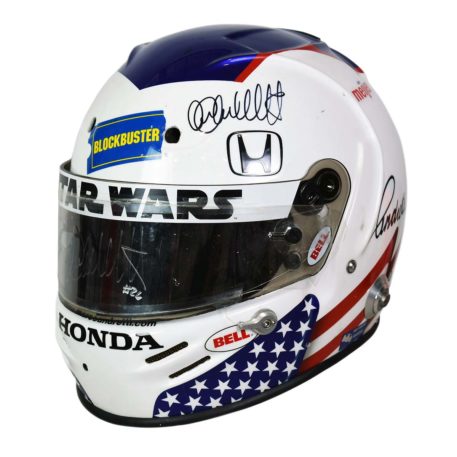 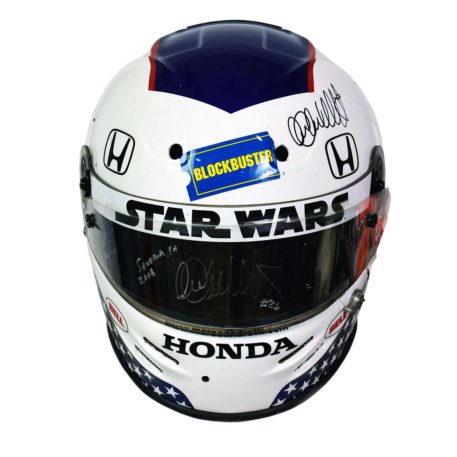 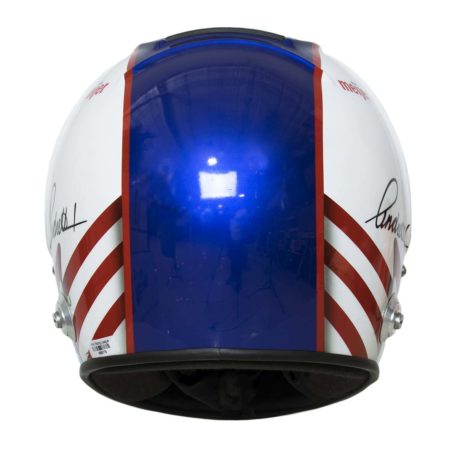 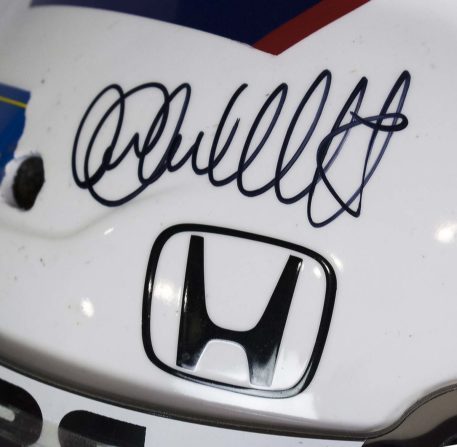 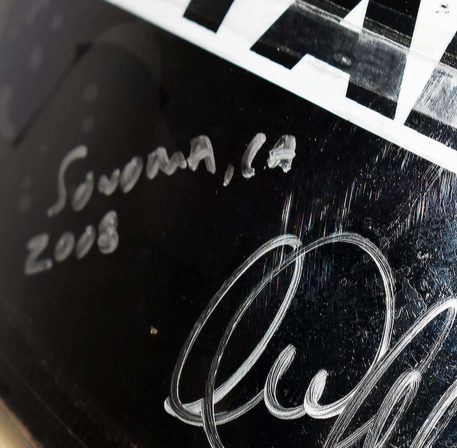 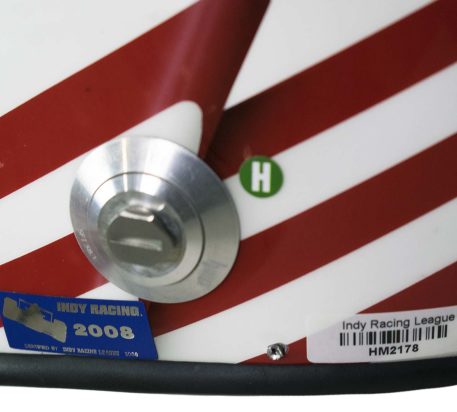 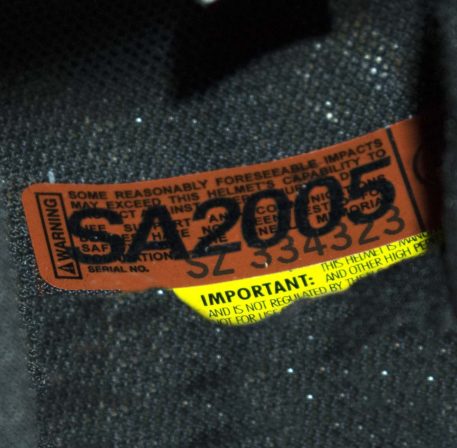 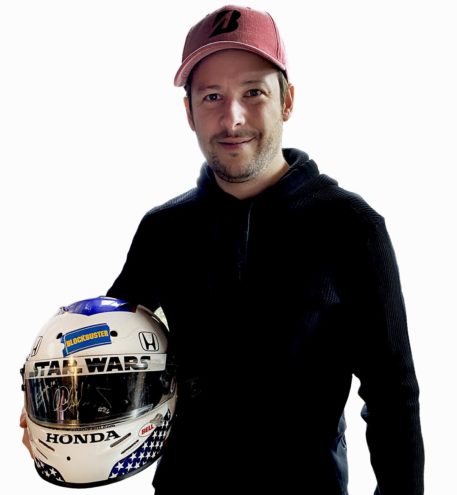 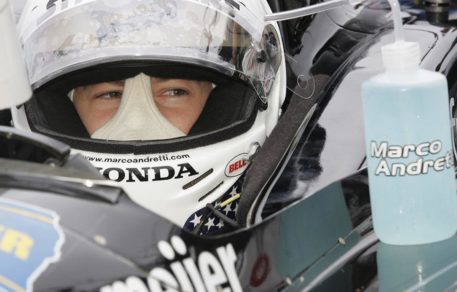 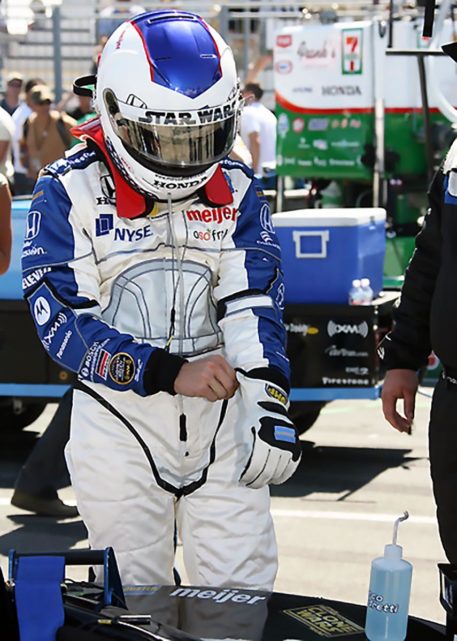 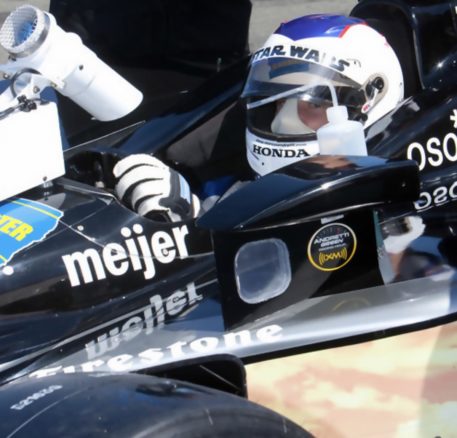 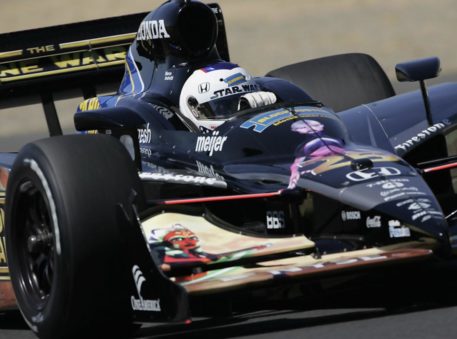 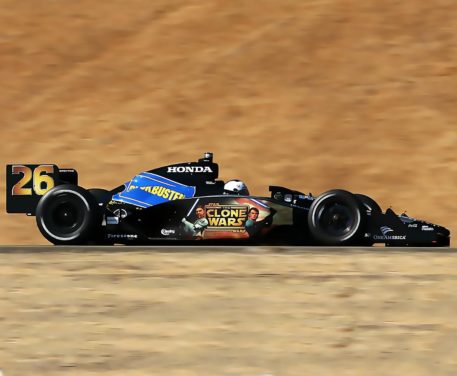 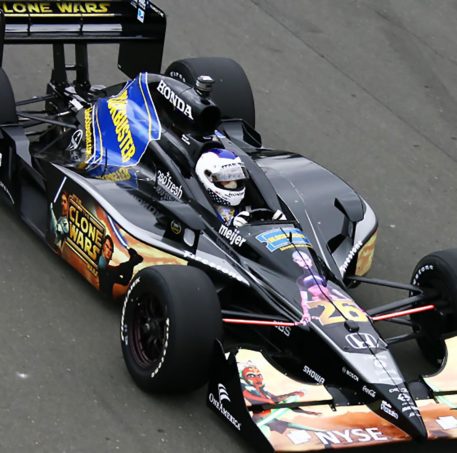 At the 2008 Peak Antifreeze & Motor Oil Indy Grand Prix of Sonoma, Andretti Autosports was in collaboration with Blockbuster Inc. & Lucasfilm Ltd. to run a special livery on their #26 Dallara entry that featured a ‘Star Wars; The Clone Wars’ design. This was done to promote a new TV series of the same name launching on the Cartoon Network. Marco Andretti donned a specially themed ‘Star Wars Storm Trooper’ uniform-style helmet and fire suit to coincide with the car’s paint scheme.

This is the helmet that Andretti wore during the race. It has all of the usual features that appear on all Andretti family helmets including a wide center chevron stripe running over its top and the ‘Stars & Stripes’ around the bottom of the helmet. But instead of sporting the usual silver base color, this helmet is done on an all-white background to replicate a ‘Storm Trooper’ helmet. The Andretti ‘script’ surname is on both sides and on the front top is the Blockbuster branding logo in between two Honda logos. The chin and cheeks wear Honda lettering and Bell helmet decals respectively. The visor has a ‘Star Wars’ sun strip and the tear-offs are still attached which Marco Andretti has personally signed along with his race #26. He has also race documented and dated the helmet. He has added a signature to the top of the helmet. It comes as last used by Andretti with its applied IndyCar tech stickers, as well as Hans anchor posts and Hats-off device still in place.

This is great chance to acquire this highly sought after ‘Star Wars’ collectible race-worn helmet.

The matching suit is also available. Please contact us for more information.