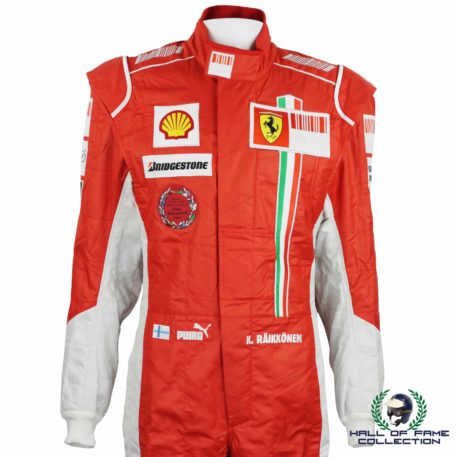 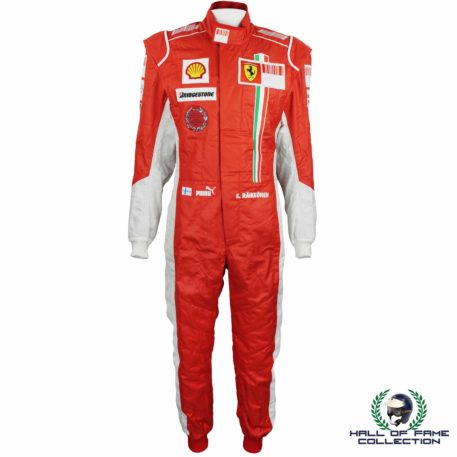 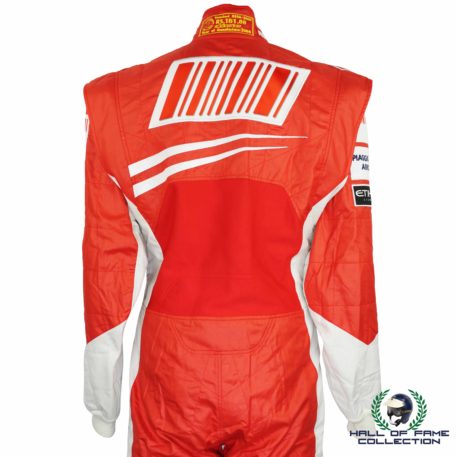 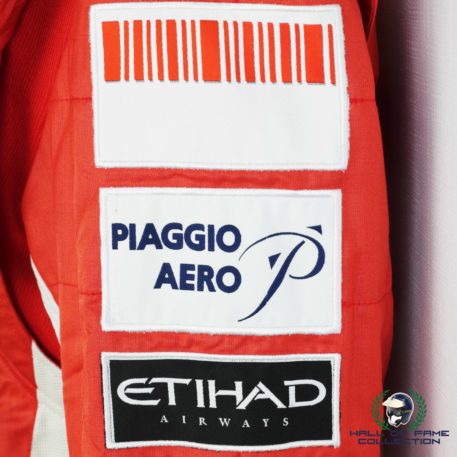 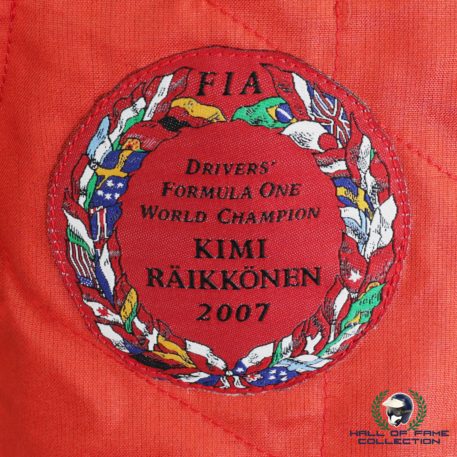 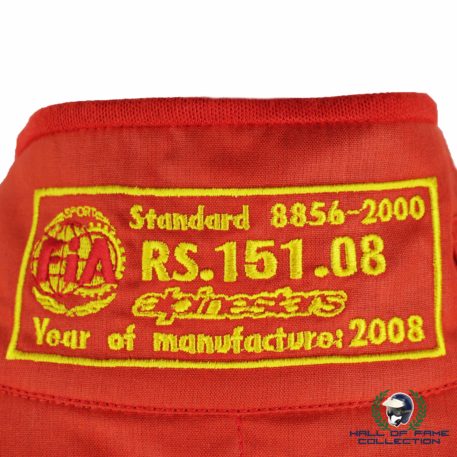 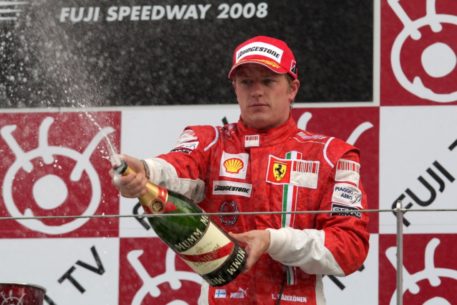 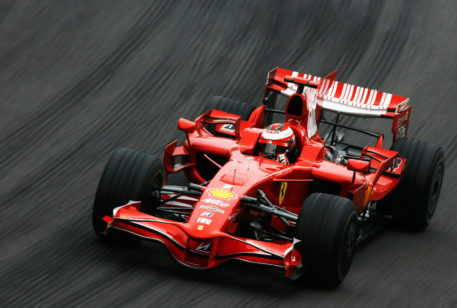 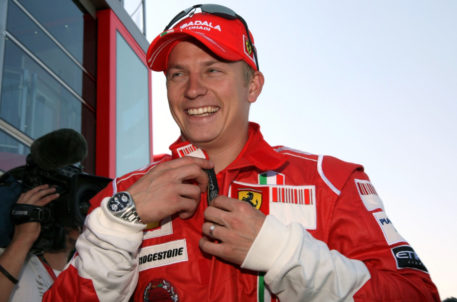 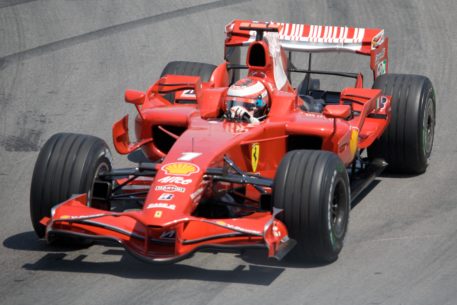 This was one of the first Alpinestars suits made, but badged with Puma logos, for Kimi in the ’08 season. This suit first appeared at the German Grand Prix in July and continued being used until the end of the season.