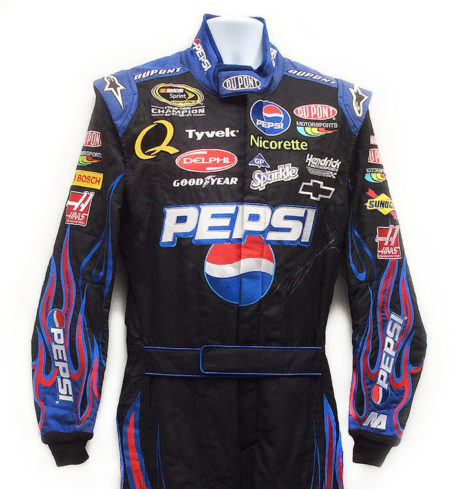 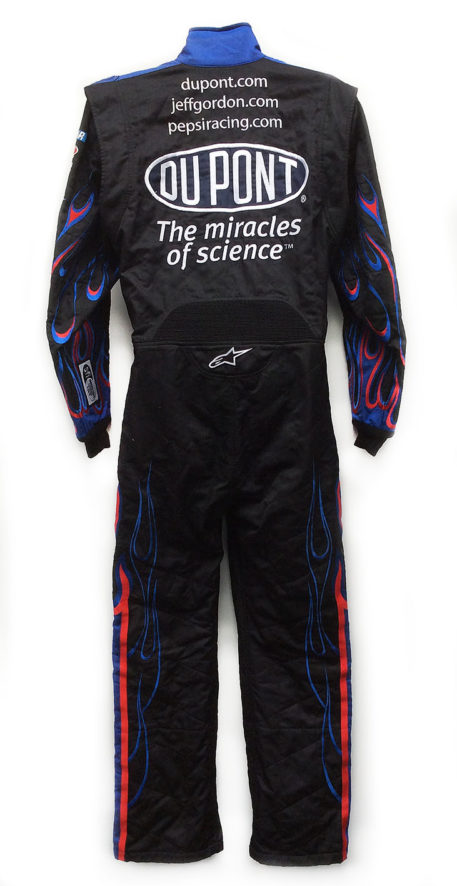 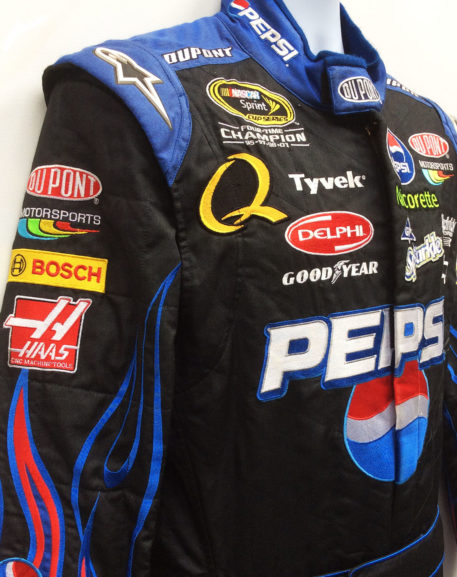 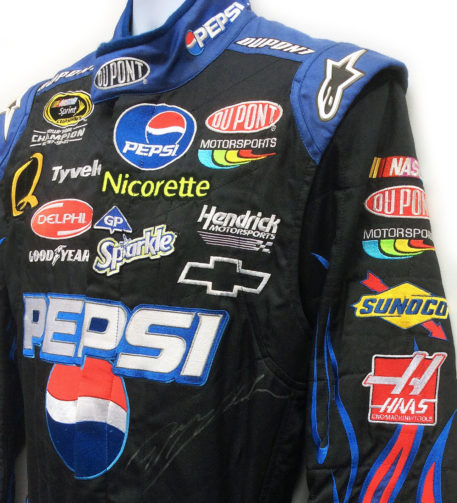 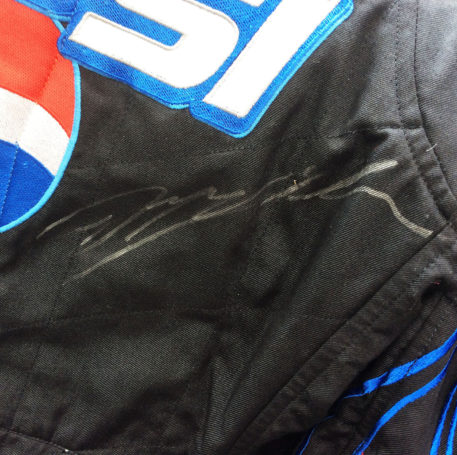 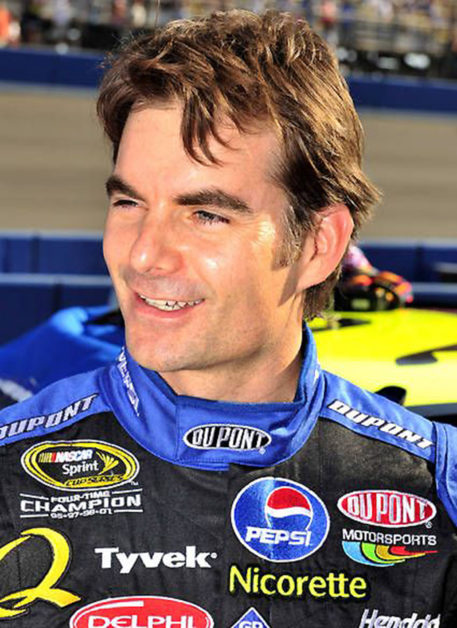 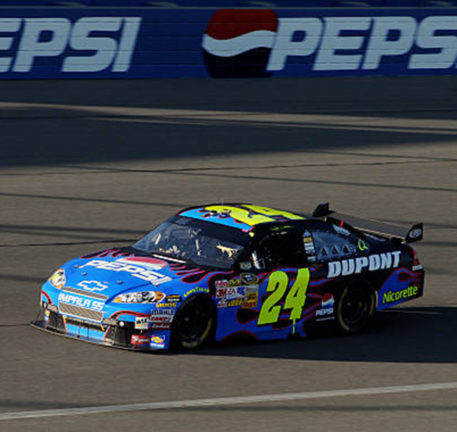 This stunning suit was worn by one of the all time greats of professional stock car racing the one and only Jeff Gordon.

This suit was worn by Gordon while driving the Hendrick Motorsports Chevrolet in the 2008 Pepsi 500 at the Auto Club Speedway Fontana, California.

The black AlpineStars suit has blue and red ‘Hot Rod Flames’ running up the arms and legs with the teams two major sponsors Pepsi and DuPont company logos prominently displayed on the front, rear, arms and legs of the suit. Suit also has multi sponsor logos embroidered on to its chest and arms.

Suit has also been personally signed by Jeff Gordon and comes with a Certificate of Authenticity.

This is great opportunity to own a race worn item from one of the all time superstars in the history of NASCAR racing.