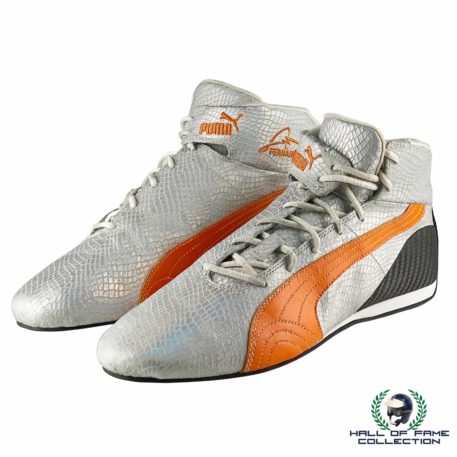 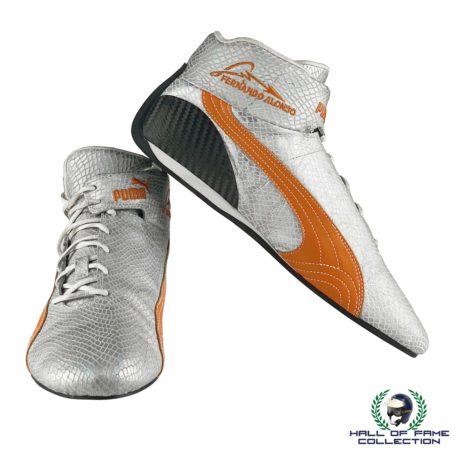 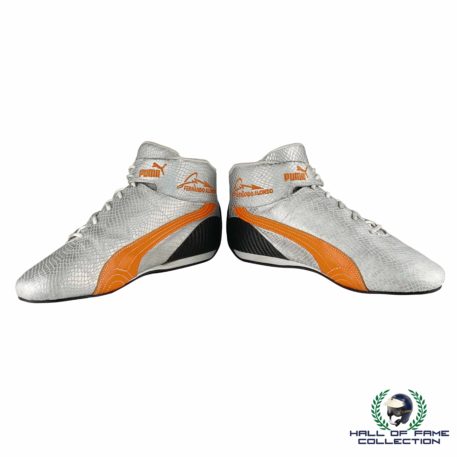 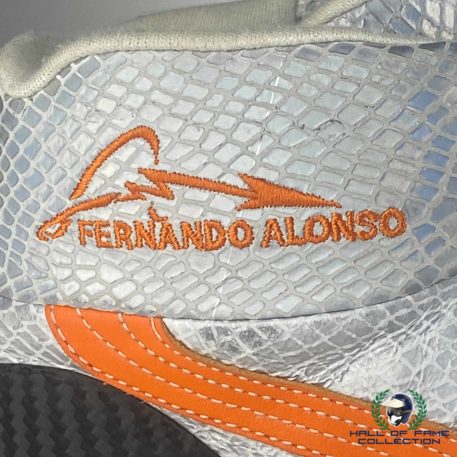 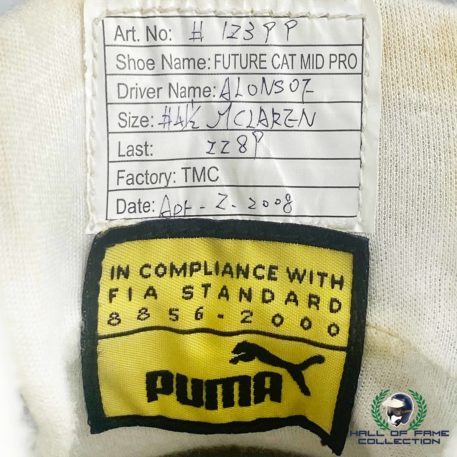 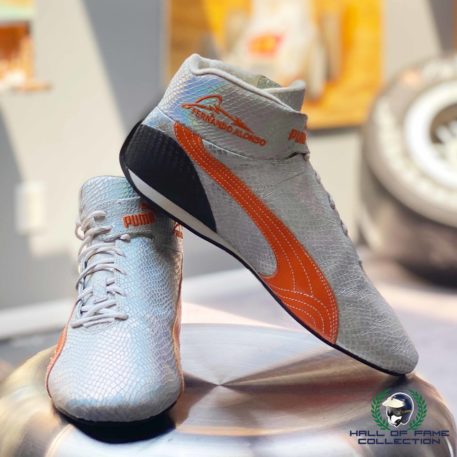 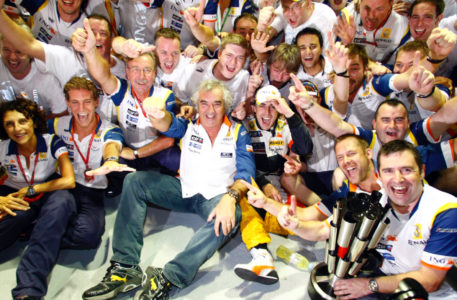 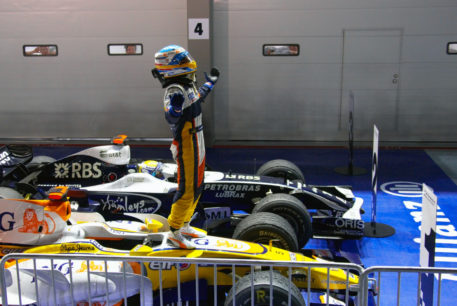 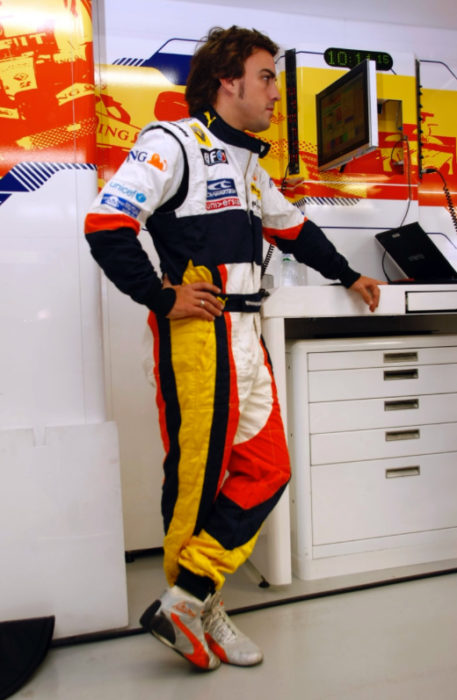 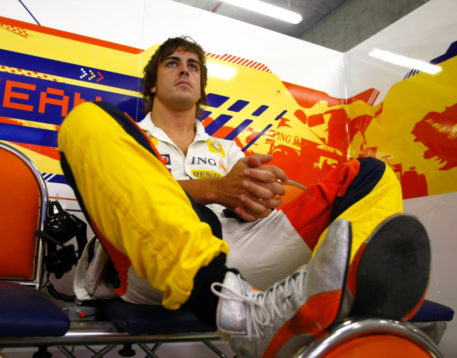 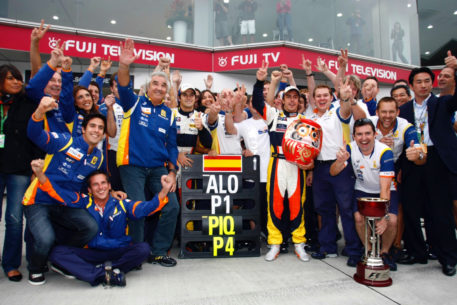 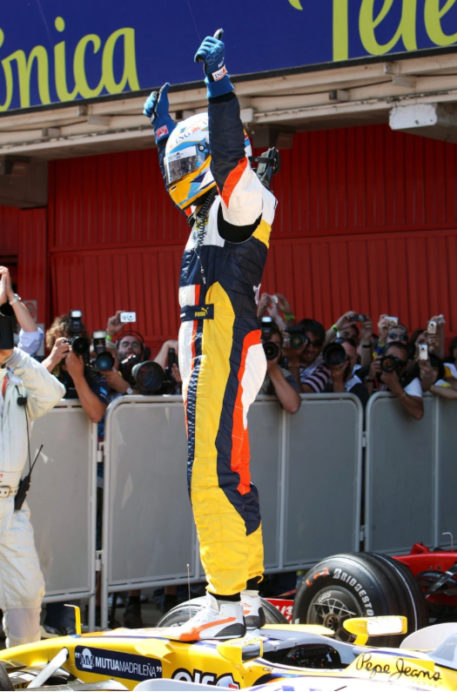 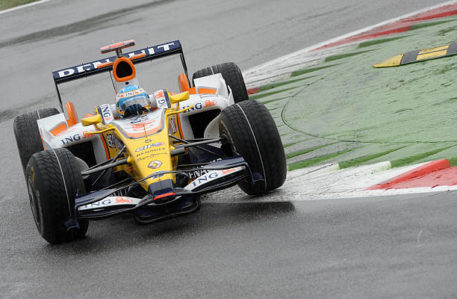 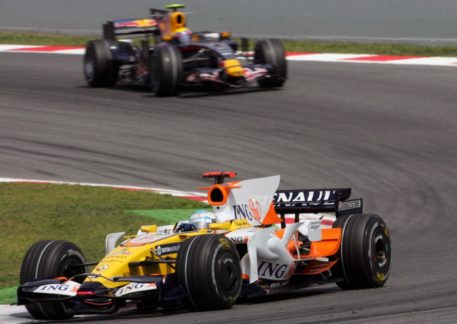 Custom-made Puma race boots originally designed for Fernando Alonso for use during his one year at McLaren in 2007. Oddly the boots never made an appearance that year, which may have had something to do with McLaren team boss Ron Dennis. It was well known that Ron Dennis was very particular about overall appearances at McLaren, how the car looked, how the factory looked and even down to details such as the drivers’ appearance. We think these iridescent, silver snakeskin-look boots with flashes of bright orange were too much for Dennis and did not get approved for wear. Both McLaren drivers would wear mainly subdued black boots for most races that year. Alonso likely enjoyed this wild design because in 2008 where he would race with Renault he wore them all year!

And, of course, 2008 was a controversial year for the both Alonso and Renault due to the infamous ‘Crashgate’ incident at the Singapore Grand Prix that year. These race boots make a memorable and unique collectible from this season.

The boots come with Certificate Of Authenticity.