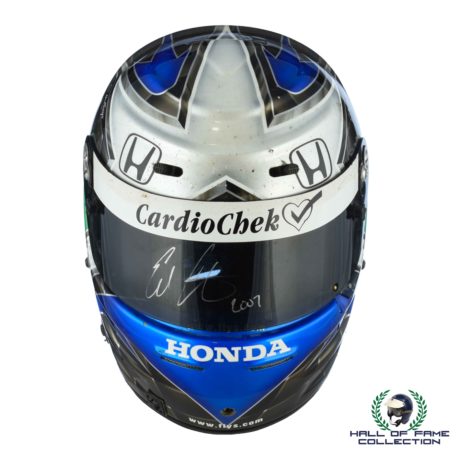 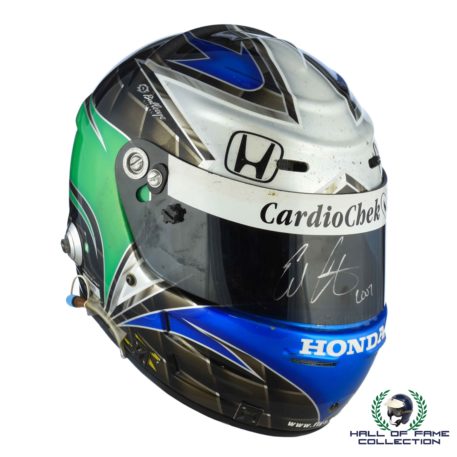 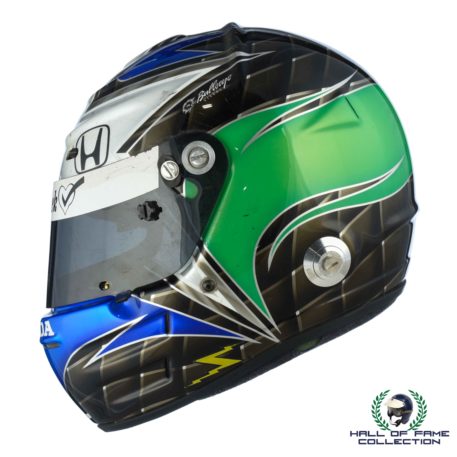 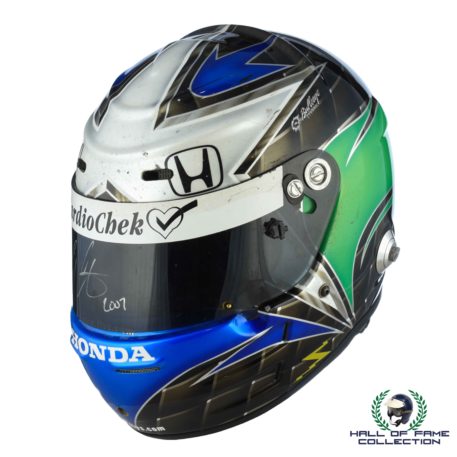 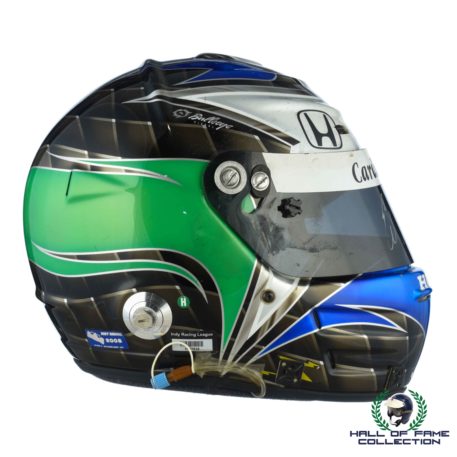 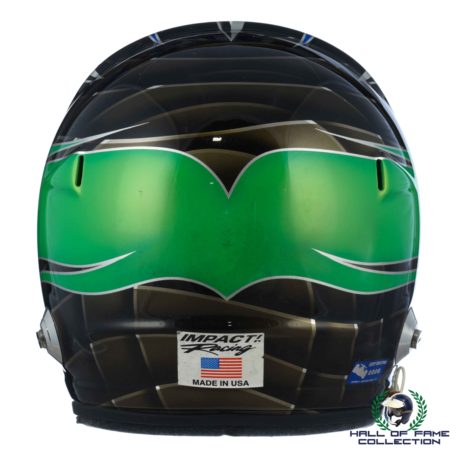 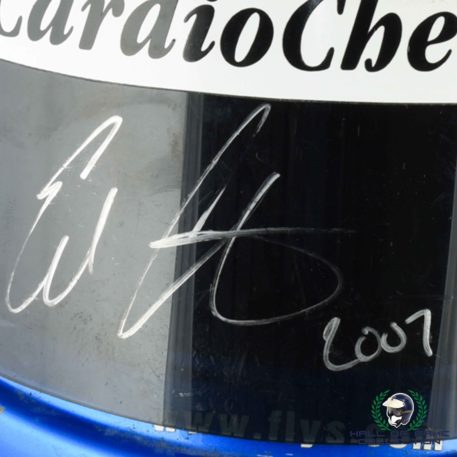 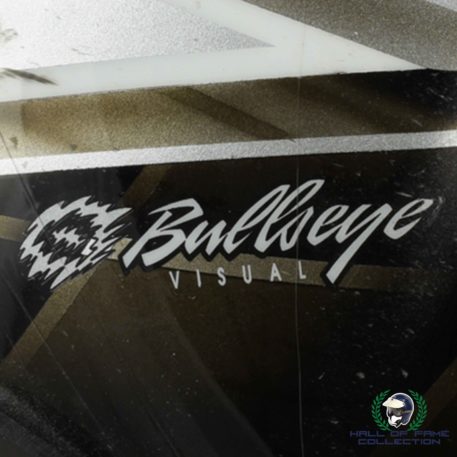 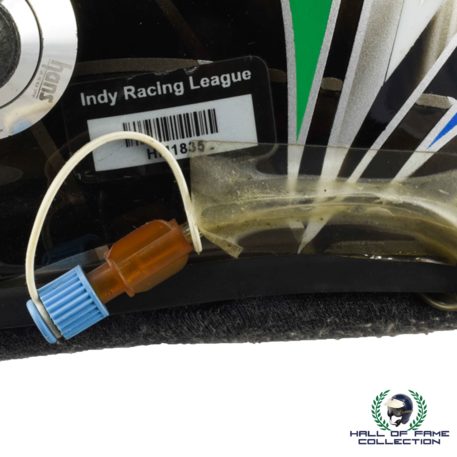 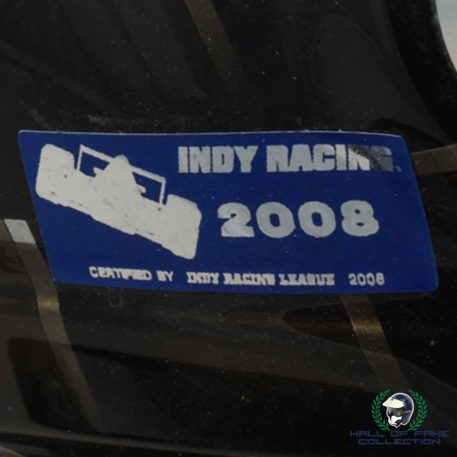 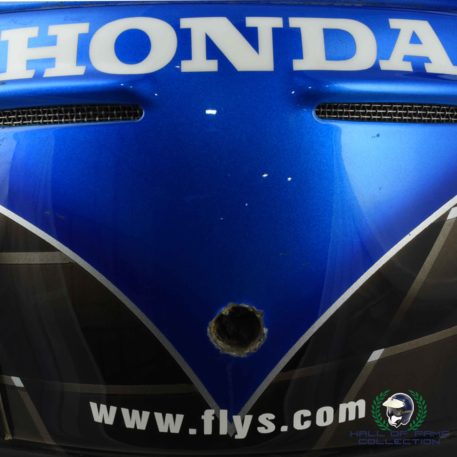 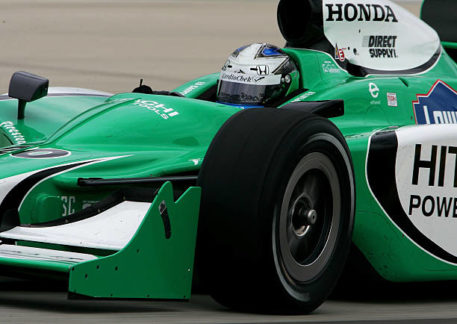 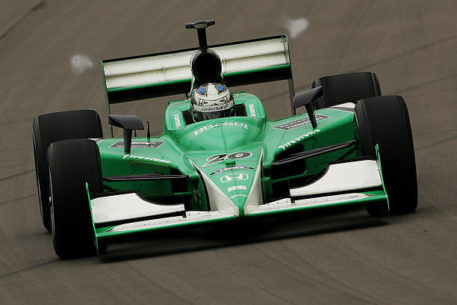 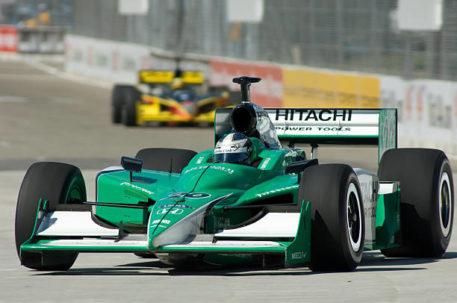 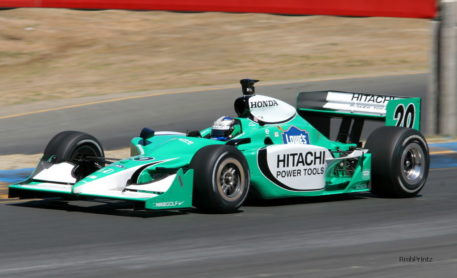 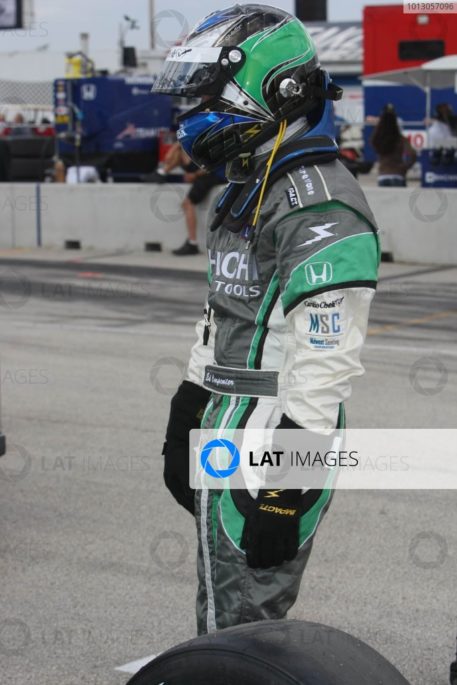 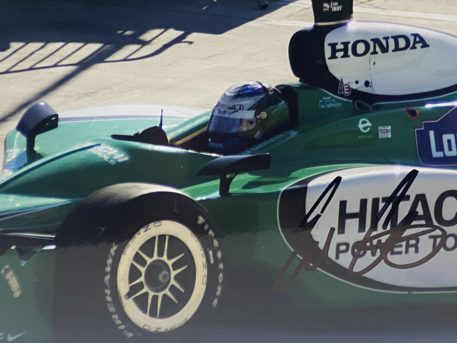 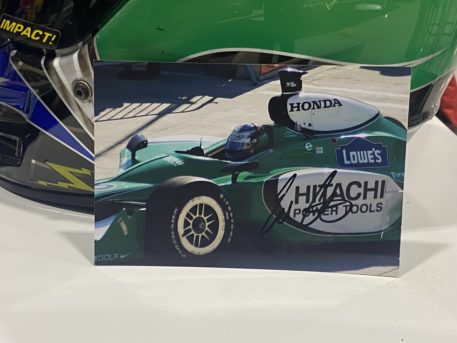 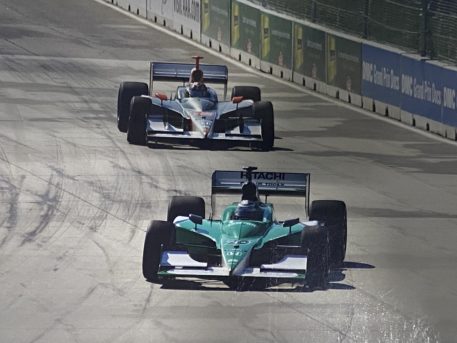 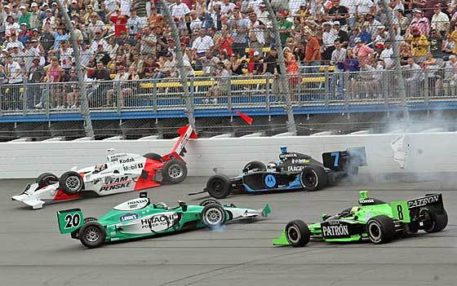 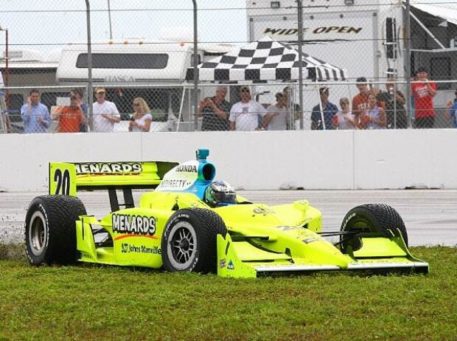 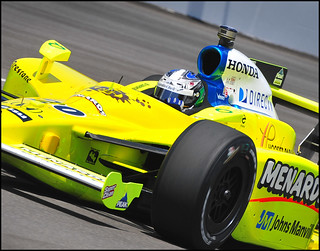 Original race-used Impact Racing helmet worn by Ed Carpenter during the 2007 and 2008 IndyCar seasons while driving for Vision Racing.

Carpenter is a fan favourite at the Indianapolis Motor Speedway as he grew up in Indianapolis, and is a 3-time pole sitter at the Indy 500. Known for his success on ovals, he has 4 career victories in IndyCar to date and is also the only team owner/driver in the series.

Impact helmets are very collectable as few IndyCar drivers in history have used this brand, and this helmet shows significant use due to the fact that it has been worn in many races over the course of the two seasons. The helmet can be seen being used in 2007 at Detroit, Sonoma, Milwaukee and more. In 2008 the helmet was also seen at Kansas, Texas and in Indy 500 practice.

Ed Carpenter genuine race-worn items rarely appear on the collecting market, so don’t miss out on this rare chance to add this great helmet to  your collection today.

The helmet is hand-signed by Carpenter and comes with a Certificate Of Authenticity.