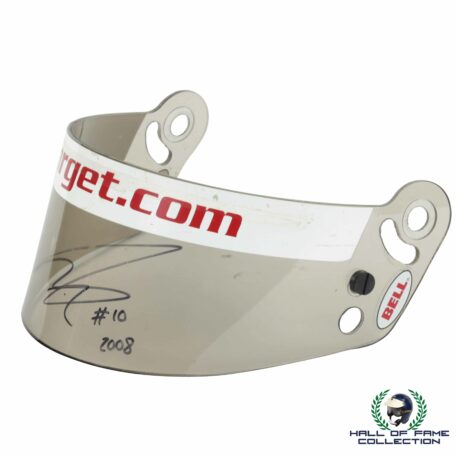 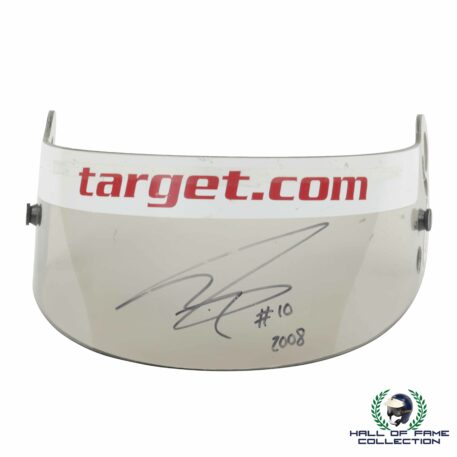 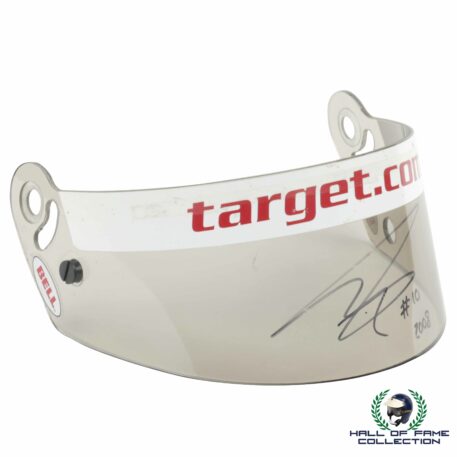 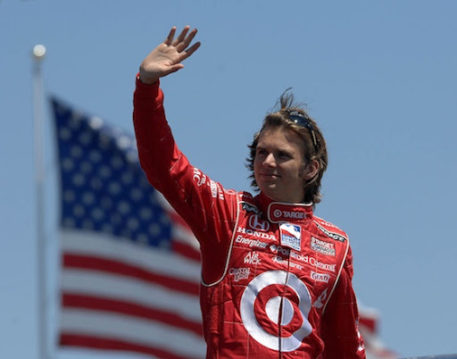 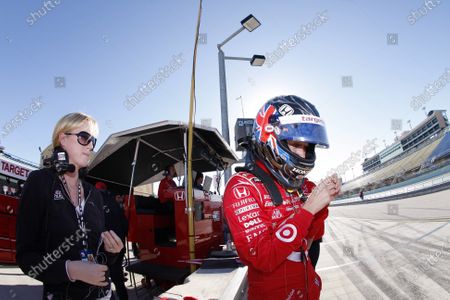 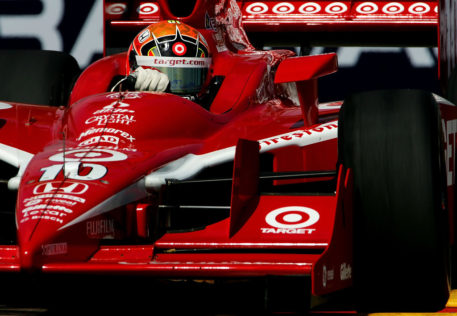 Race-used Bell helmet visor worn by the late Dan Wheldon while driving for Chip Ganassi Racing during the 2008 IndyCar season.

Wheldon began the year finishing third at the season-opening Gainsco Auto Insurance Indy 300 at Homestead–Miami Speedway after moving through the field starting from 22nd. Wheldon won the RoadRunner Turbo Indy 300 at Kansas Speedway three races later, becoming IndyCar’s first driver to claim two consecutive victories at this particular track. He would then start 18th in the 2008 Indianapolis 500 finishing six places higher in 12th after experiencing handling problems in the final 50 laps. He scored one more podium finish, a second-place at the Nashville Speedway. Wheldon finished the 2008 season with a total of four podiums and 10 top-five finishes for fourth place in the Drivers’ Championship with 492 points.

Wheldon had just become the face of IndyCar when he lost his life in October 2011 in the horrific multicar crash at the Las Vegas Motor Speedway.

Wheldon was a rising star early in his career, winning the IndyCar Championship in 2005 on the strength of six race wins, including the Indianapolis 500, and nine podiums. He would finish second in the standings in 2004 (to Tony Kanaan) and in 2006 (in a tiebreaker to Sam Hornish Jr.). Despite this early success Wheldon hadn’t been widely accepted by the fan base until he was left without a full-time ride for the 2011 season.

Wheldon decided to commit all of his energy to one race — the Indy 500 — and joined forces with Bryan Herta and Curb-Agajanian for an effort that ended up in victory lane when race rookie JR Hildebrand hit the Turn 4 wall on the last lap. That stirring finish and emotional victory for Wheldon lifted him into a level of popularity he had not previously experienced.

Wheldon was one of the best of his generation at the Indianapolis Motor Speedway, possessing a knack for getting around the big oval. He produced five top-four finishes in nine races, including a third in 2004, a fourth in 2006 and ending his IMS career with finishes of second, second and first.

The visor is signed in black marker pen, with Wheldon adding his race number and the year as well.