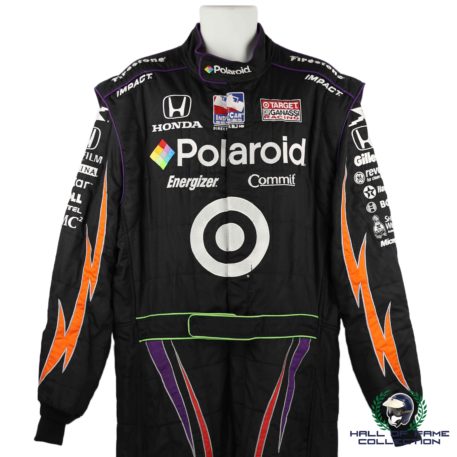 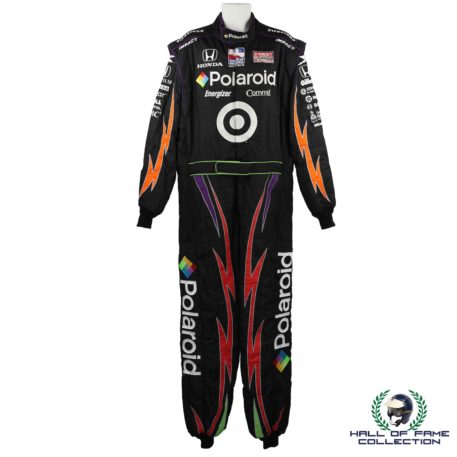 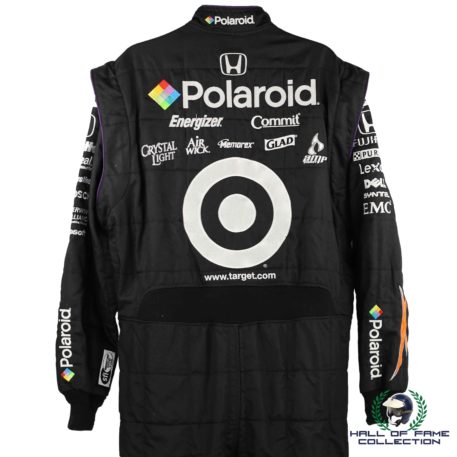 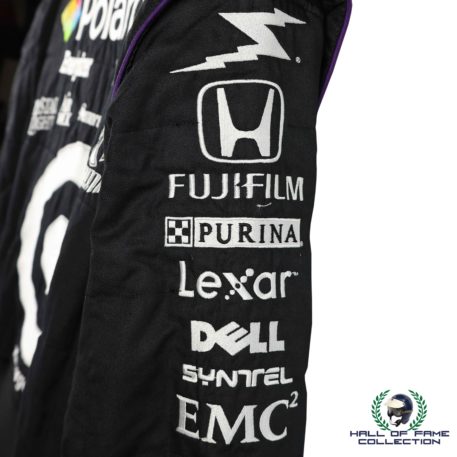 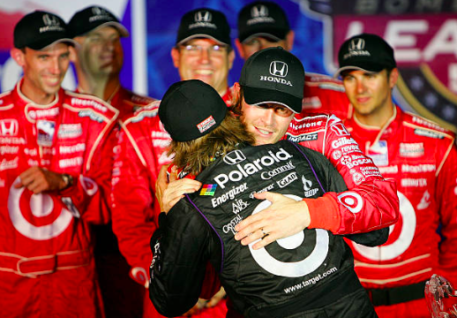 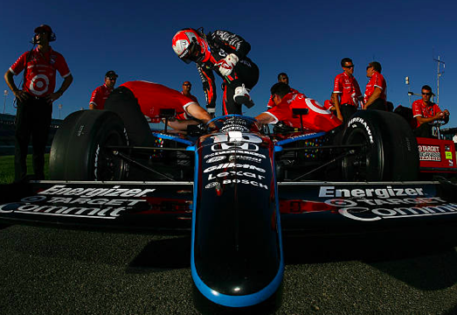 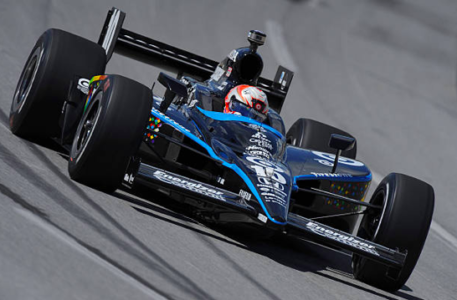 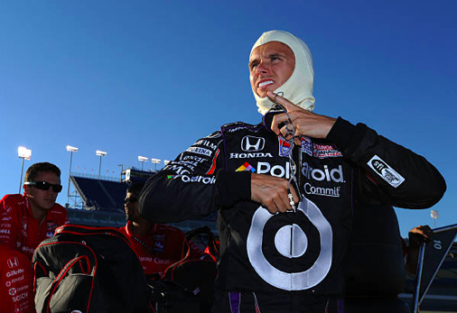 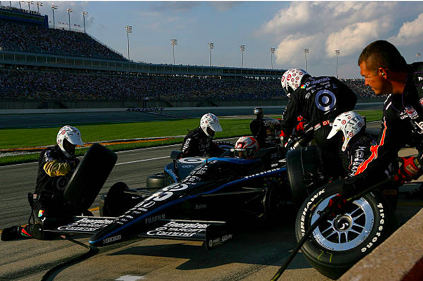 Rare, original used Polaroid Team Ganassi pit crew suit from Dan Wheldon’s team worn during the 2008 IndyCar season. The suit was used in two events, at Kentucky and Texas, as Polaroid had a special sponsorship livery arrangement with the team for those two particular races.