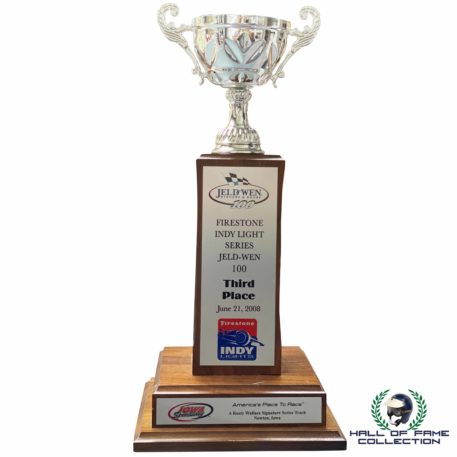 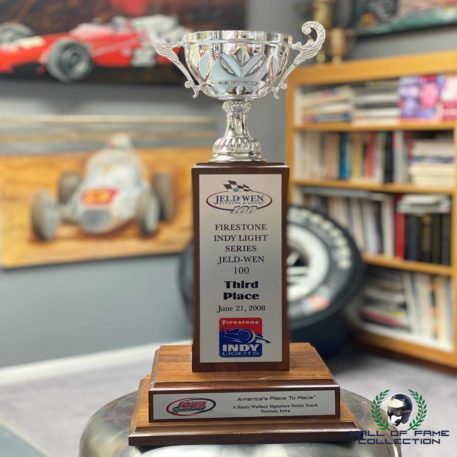 This 18.5 x 9 inches trophy was won by Ana Beatriz for placing 3rd in the Iowa 100 Indy Lights race. Beatriz ended up 3rd in that year’s championship as well as being named rookie of the year.  After 1 more season in Indy Lights, Beatriz graduated to racing IndyCars in 2010 and raced there for 3 years. Beatriz is currently racing in the IMSA Weathertech Series driving a Porsche GT3 R for Team Hardpoint EBM.

This trophy comes with a Certificate of Authenticity.