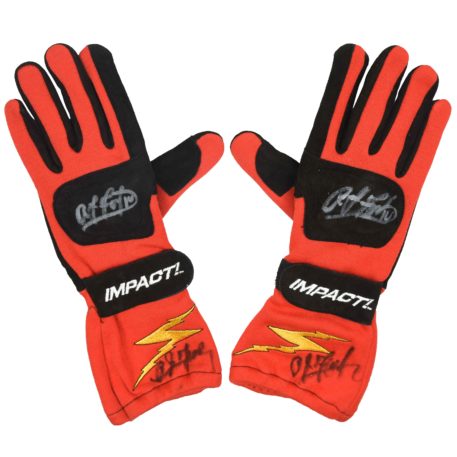 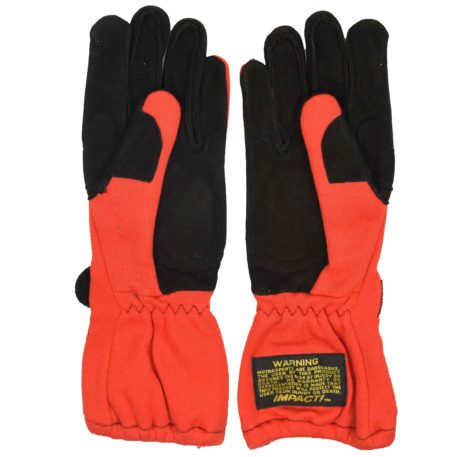 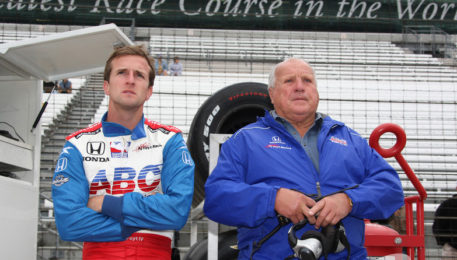 Impact gloves worn by A.J. Foyt IV, the grandson of the legendary driver, during the 2008 season in the Indy Racing League. The gloves are signed by both Foyts.

Foyt was just 18 years old when the season began, becoming the youngest starter in Indianapolis 500 history when he took the green flag for the May 25 race, on his 19th birthday no less! That Conseco-sponsored Dallara with Toyota power was fielded by A.J. Foyt Racing, and the youngster finished a respectable 18th.

That was a difficult first season for Foyt IV and while he never scored a victory in seven seasons in the series, he accounted for himself reasonably well.

Foyt IV was the first champion of the Infiniti Pro Series, which has since been renamed Indy Lights. He won three of the season’s first four races, beginning at the Kansas Speedway, and posted four wins in that inaugural seven-race season.

The highlight of his seven IndyCar seasons was a third-place finish at the Kentucky Speedway in 2007. He finished behind a pair of particularly notable drivers: Tony Kanaan and Scott Dixon.

These gloves come with a Certificate Of Authenticity.