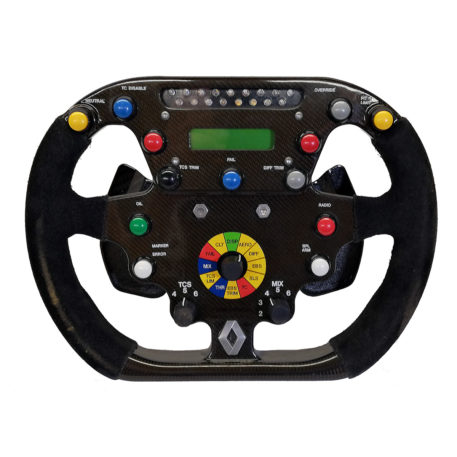 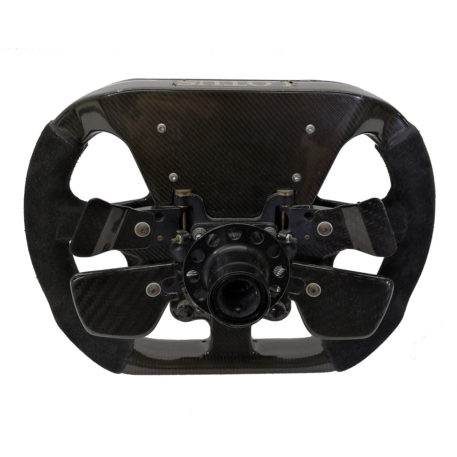 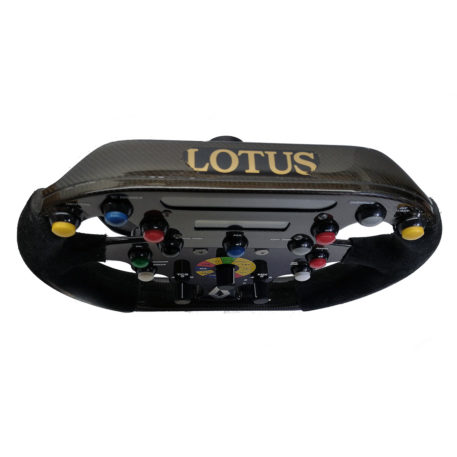 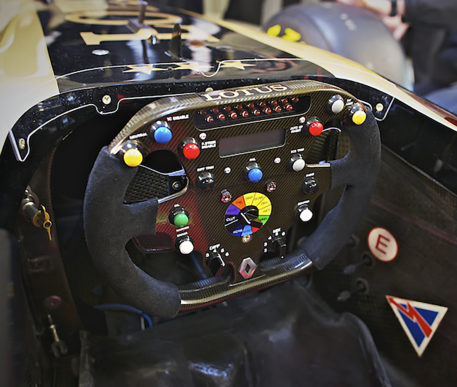 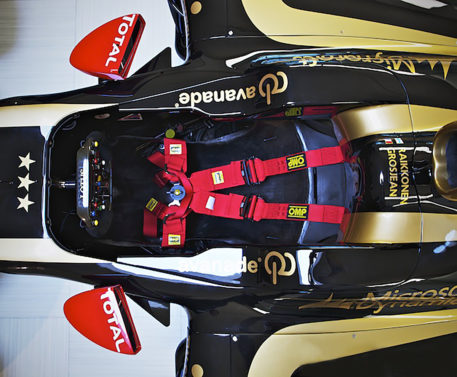 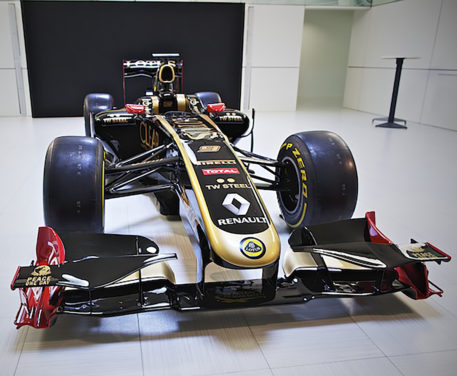 This steering wheel was a Renault F1 show-car wheel from the 2008 to 2010 period, then becoming the Lotus F1 car thereafter. It was used on Renault launch/show-cars until Renault scaled back its involvement in F1 racing in 2011. They then became only an engine supplier, doing a deal with Lotus Cars to buy its 25% stake in the team. The deal was finalised in early December 2010, with the team being renamed Lotus Renault GP for 2011. Renault continued to support the team by supplying engines as well as it’s expertise. The Renault chassis name continued to be used, with Renault branding featuring in the new black and gold livery. This livery was last used when Renault and Lotus joined forces in the 1980’s, harking back to the John Player Special car of the time. The wheel was used for a couple of years on all Lotus F1 launch/show cars (as seen in pictures).

This steering wheel would make a great centre piece in any motor sports collection and comes with a Certificate of Authenticity.