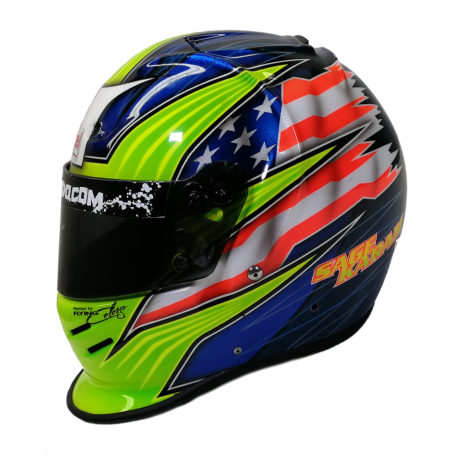 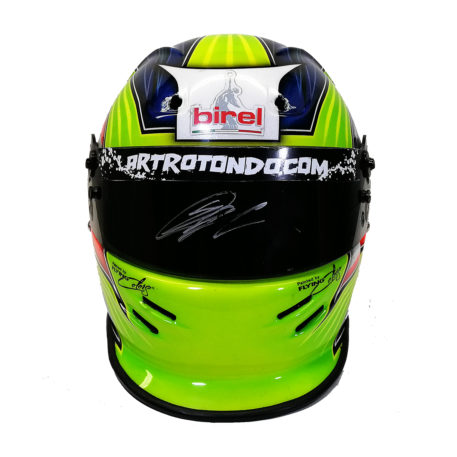 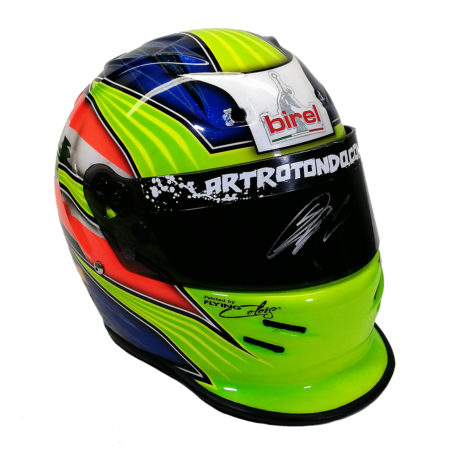 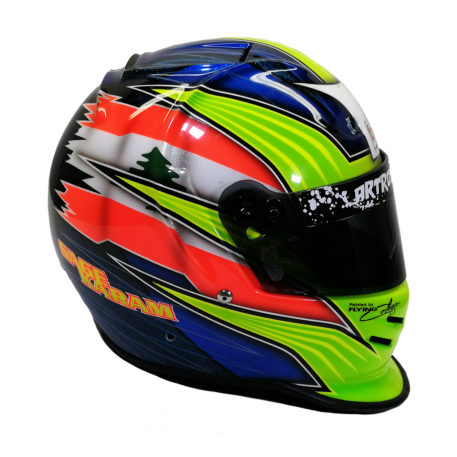 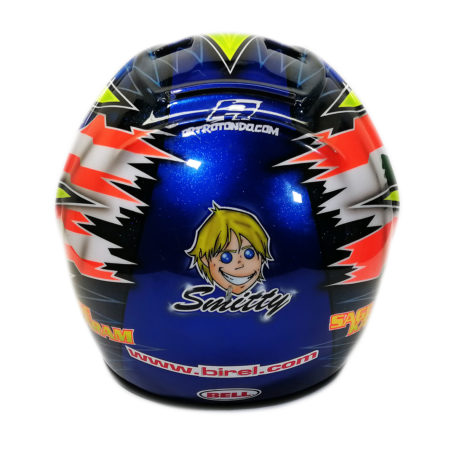 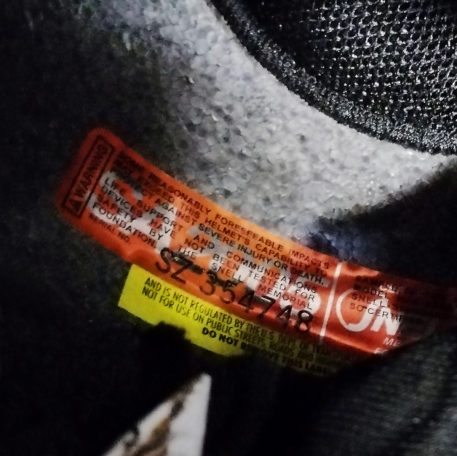 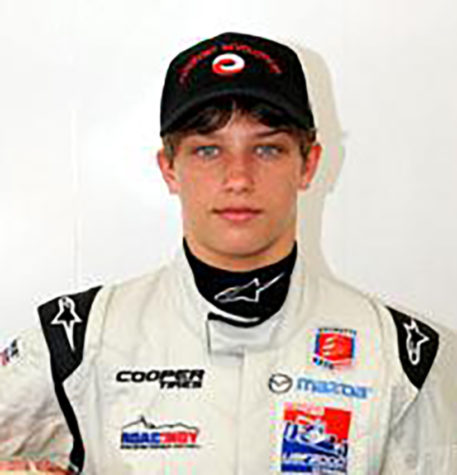 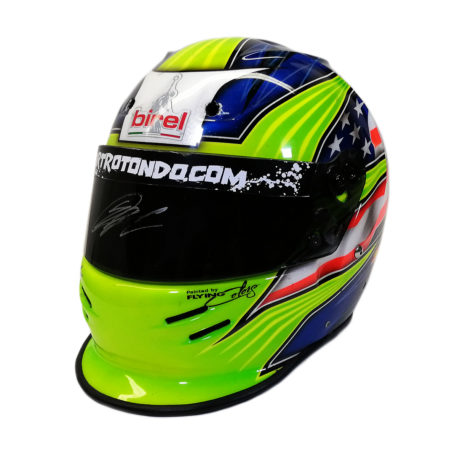 Bell helmet worn early in the career of young American IndyCar, SportsCar and Rallycross driver Sage Karam. After a stellar junior career winning many championships in kart racing, he moved to Andretti Autosport in the US Formula 2000 series. Once again he dominated the opposition by winning nine of the twelve races and winning the 2010 Championship. Karam’s next step up the racing ladder was the Star Mazda Championship where, once again, he showed his potential. He was rarely off the podium, with five wins and countless second place finishes, in his two year stint. 2013 saw Karam as the class of the field in the Indy Lights Series winning the championship for Schmidt Peterson Motorsports, with three wins, two seconds and four third place finishes. He has since become a regular competitor at the Indy 500 and in many IMSA Sportscar races as well. He has also appeared recently in the American Rallycross series.

The Bell helmet has a graphic design painted by Canadian artist Art Rotondo and has a fluorescent green front with flashes traversing the helmet over a blue base color, which incorporates the US ‘Stars & Stripes’ on the left side and a Canadian flag on the right. The back of the helmet has a cartoon image of a face with the name ’Smitty’ written underneath. Karam’s name appears on both sides in red and yellow as well. There are sponsor decals from Birel on the top front and bottom rear of the helmet.