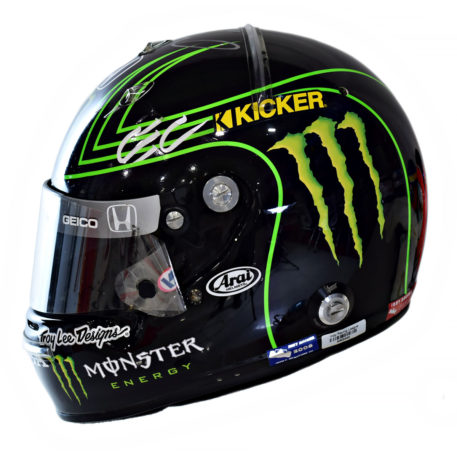 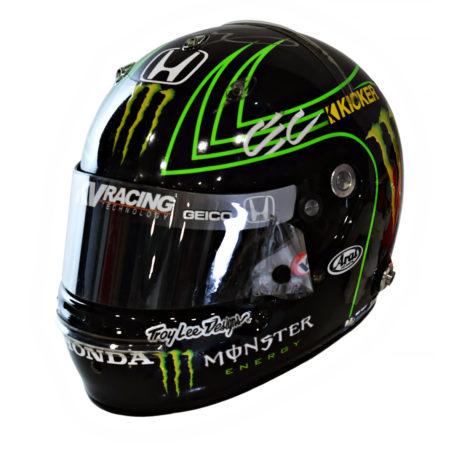 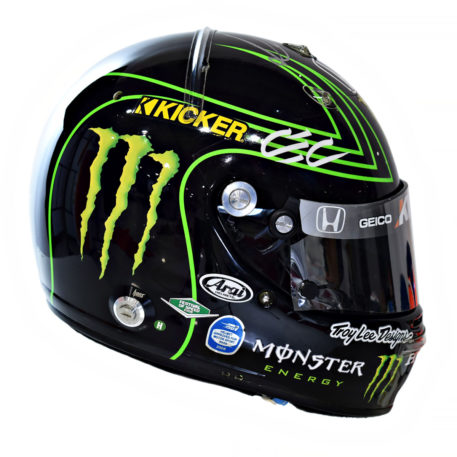 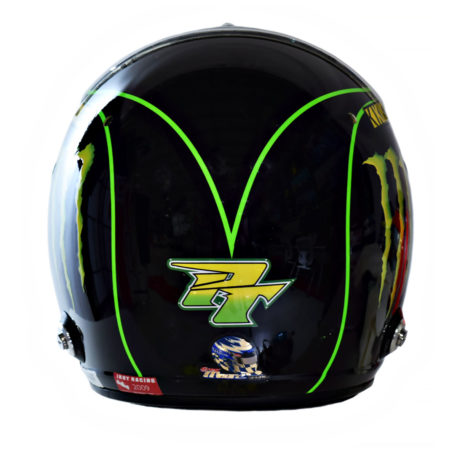 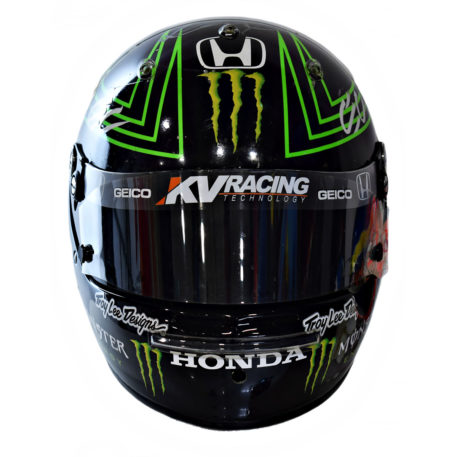 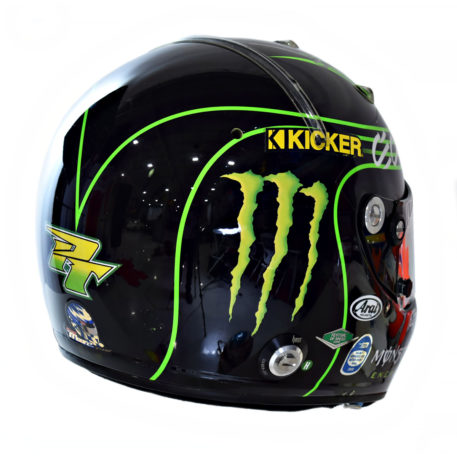 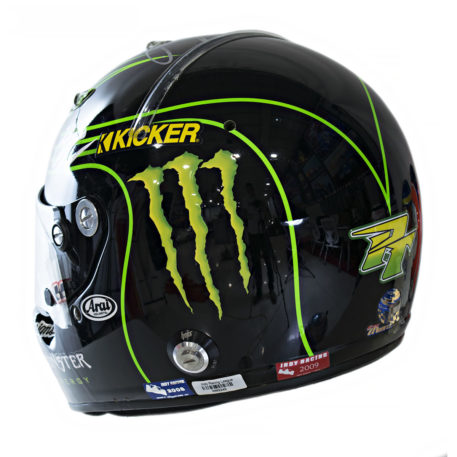 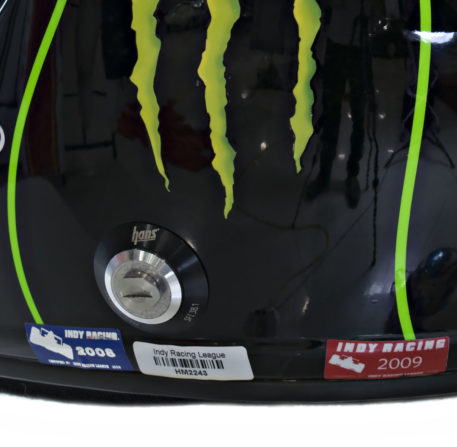 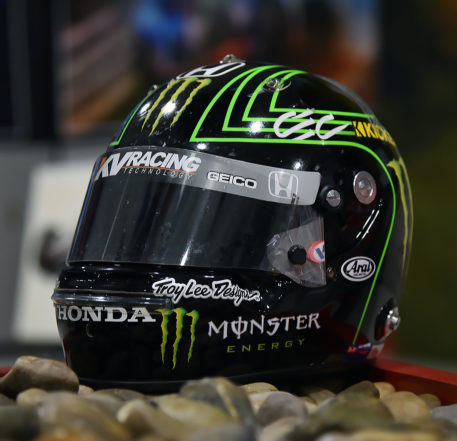 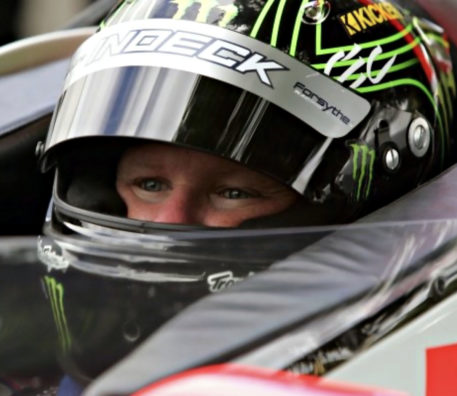 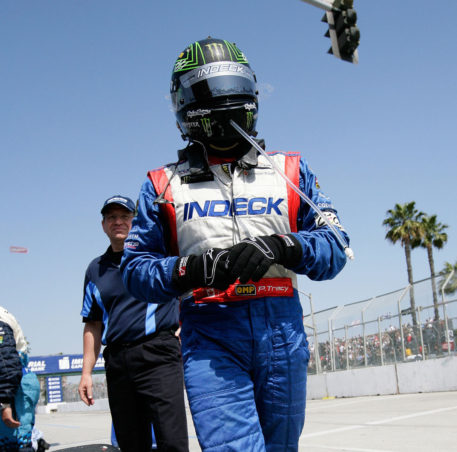 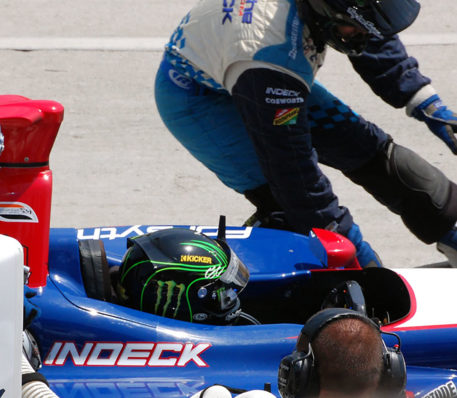 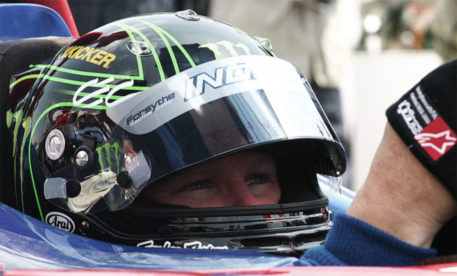 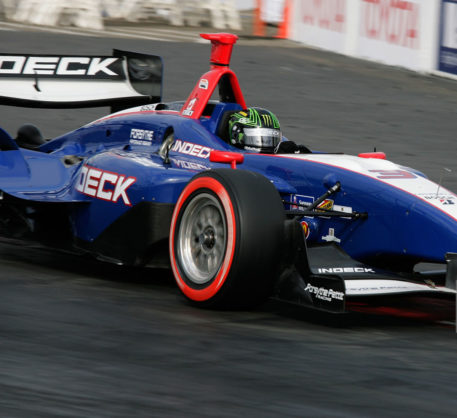 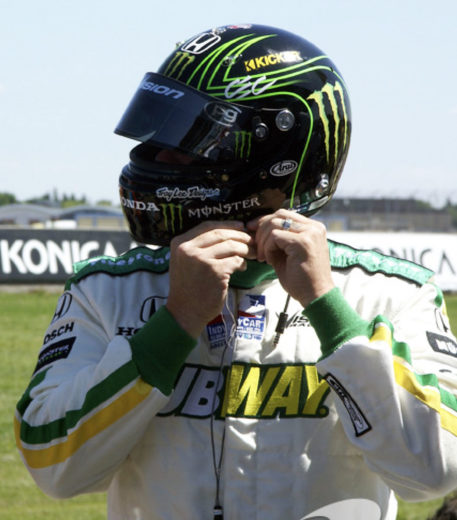 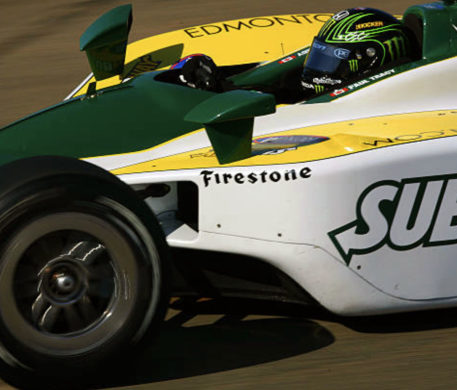 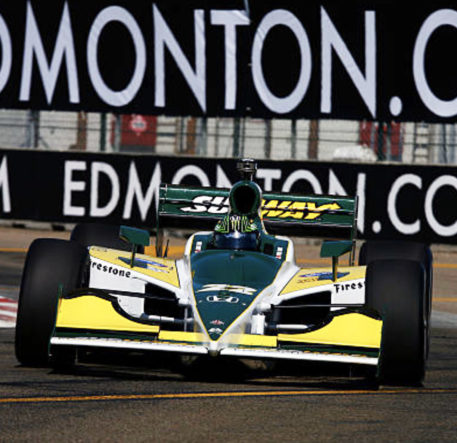 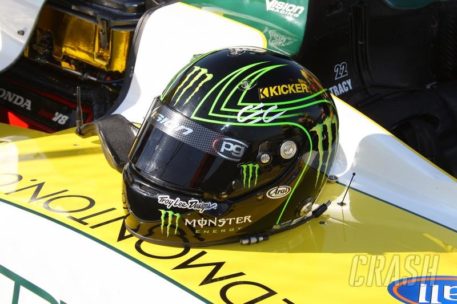 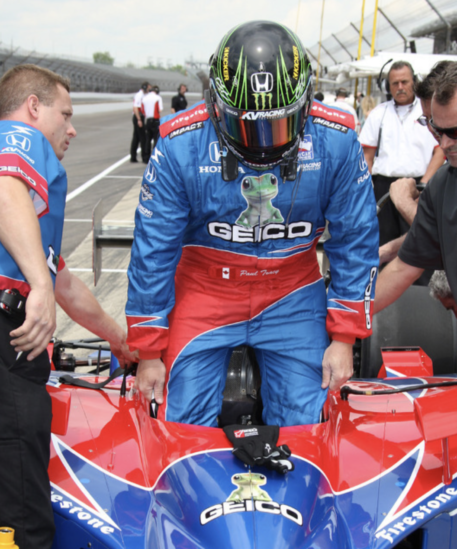 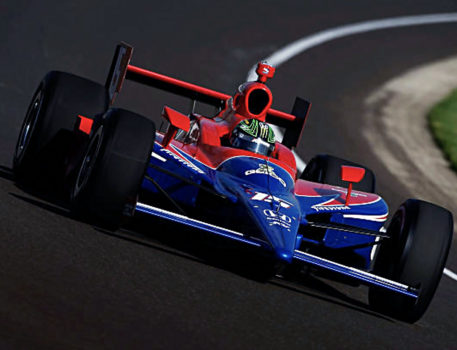 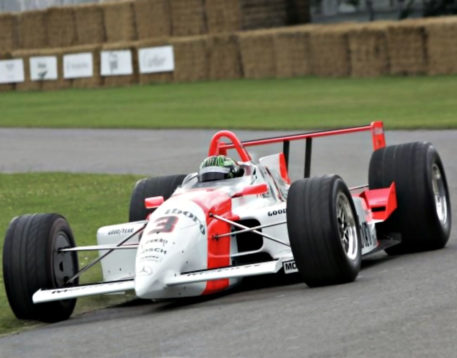 “PT” would use this helmet during a pretty important time in his career. As Champ Car and IndyCar merged into one series, the 2003 Champion was left without a ride. On April 20th, 2008 the Champ Car World Series had their final race at Long Beach. It was also the final time Tracy raced for the Forsythe Racing team. On the Saturday Tracy was so frustrated that he threw and damaged his helmet and, as a result, it had to be retired. On race day he would wear this particular helmet which can be seen in many photos.

As the 2008 season progressed, Derrick Walker landed the sponsor Subway and, with the help of Vision Racing, they were able to hire Paul Tracy for a one-off drive at Edmonton. Tracy had never driven the Dallara IR-05 chassis and he was going to be up against all the top IndyCar teams and drivers who had been racing all season. Come race day, he would strap on this famous helmet and drive to an incredible 4th place finish.

That result in Edmonton was hugely significant for Tracy as Jimmy Vasser’s KV racing team would come calling for his return to the Indy 500. Tracy used this helmet for the 2009 Indy 500 practice and qualifying sessions.

The helmet has its original KV Racing Visor complete with tear off’s attached, original wickers and HANS clips, and both the 2008 & 09 IndyCar and the Goodwood Festival of Speed tech stickers. Photos show that the helmet was indeed used in demonstration runs at the famous event in England.

Paul Tracy is without a doubt one of, if not the most popular driver, of the 1990s and 2000s. His fan base is still as strong today, with many collectors worldwide snapping up his memorabilia as soon as it becomes available on the open market.

The helmet has been personally signed by the 31-time race winner and comes with a full Certificate Of Authenticity.