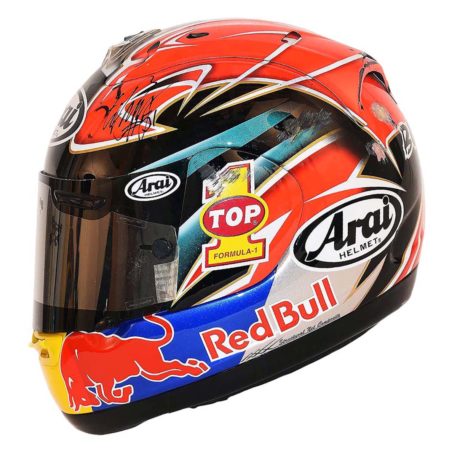 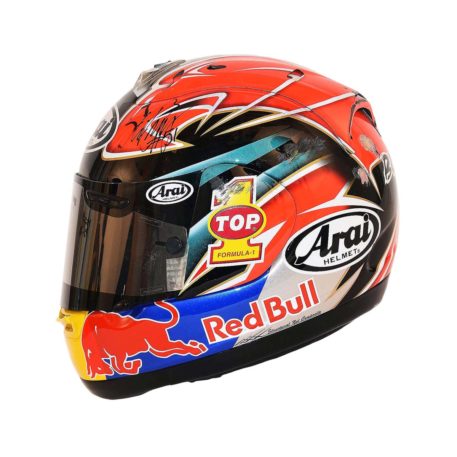 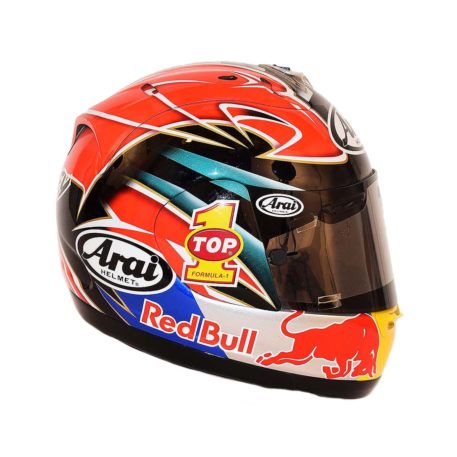 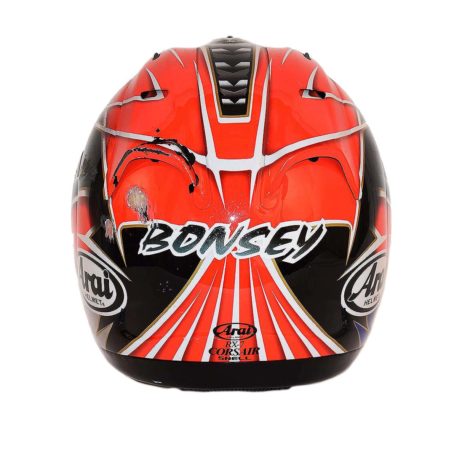 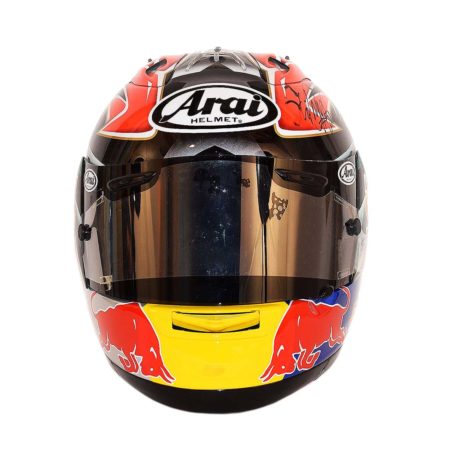 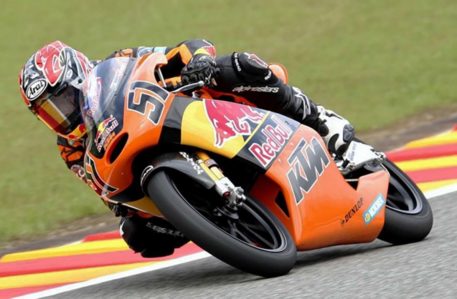 Arai race-used helmet worn by Motorcycle World Championship and Flat Track rider Stevie Bonsey. The helmet was used by the American Bonsey riding for the Red Bull KTM Team during his first 125cc championship season in 2007.

This is a sharp looking RX-7 model, with sponsor Red Bull’s iconic paintwork and with Bonsey’s name across the back. It also shows slight crash damage on the left rear side of the helmet.

The helmet is personally signed by Stevie Bonsey and comes with a full Certificate Of Authenticity. 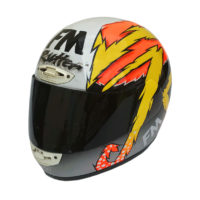