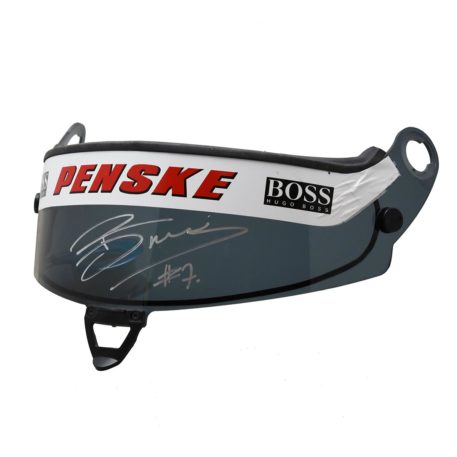 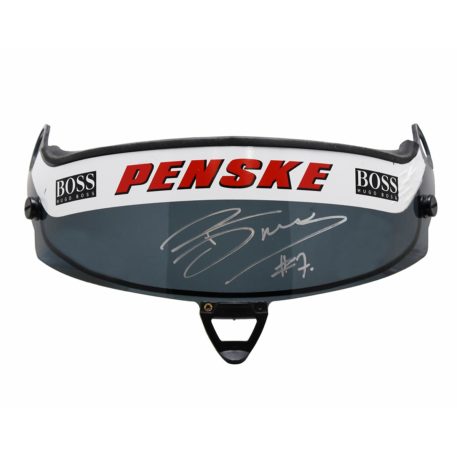 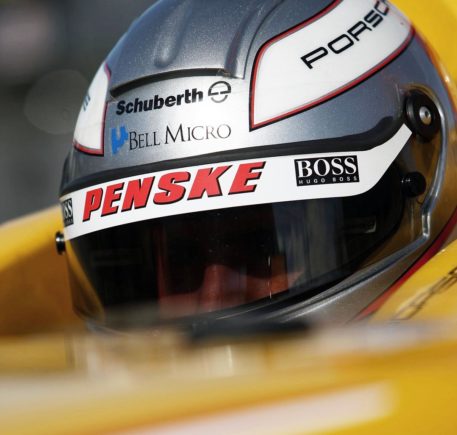 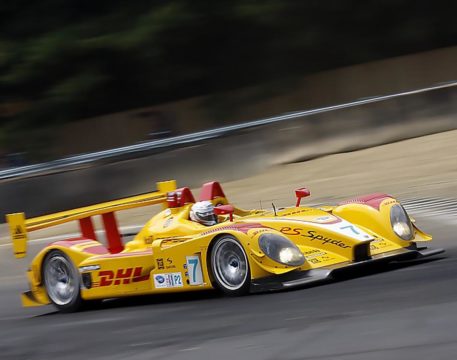 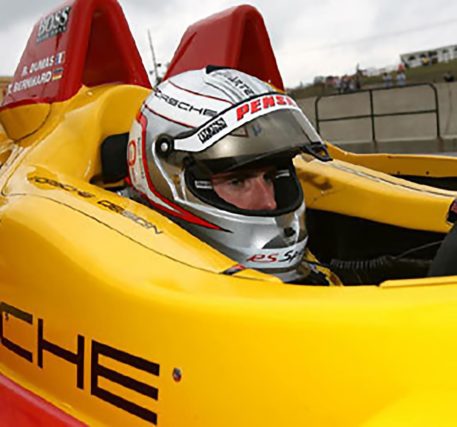 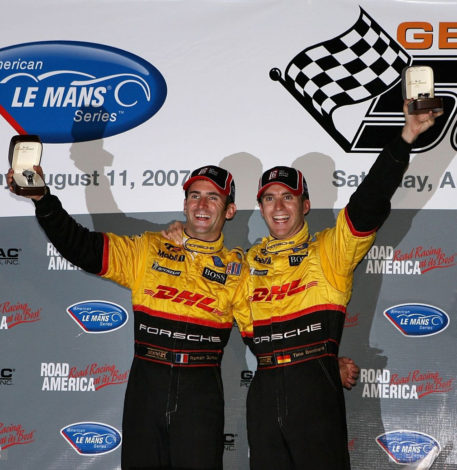 This dark tinted visor a Penske/ Hugo Boss sun visor strip applied. It has been personally signed by Romain Dumas who has also added his #7 race number. It comes with a full Certificate of Authenticity.