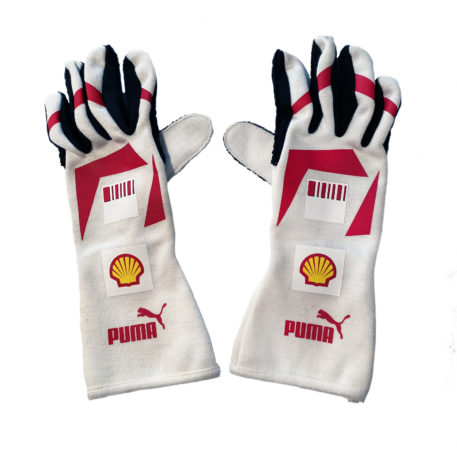 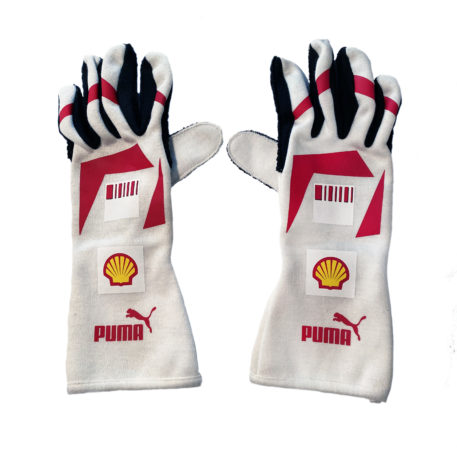 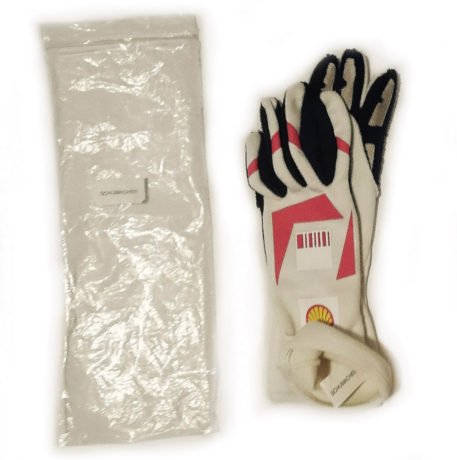 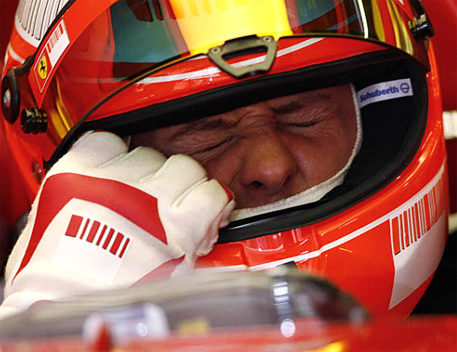 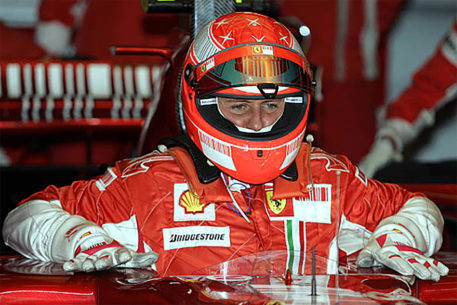 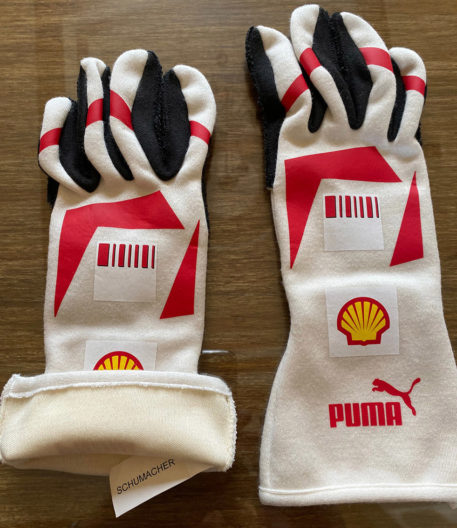 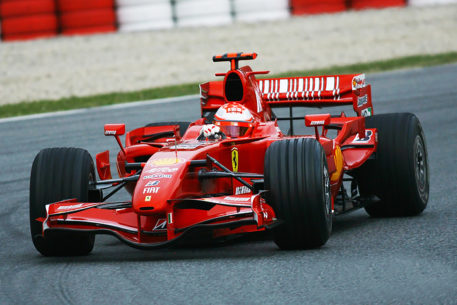 These Puma Racing Products gloves were used by the seven-times Formula 1 World Champion Michael Schumacher. The gloves were used while Schumacher test drove the Ferrari F2007 in his new role with Scuderia Ferrari as an adviser of car development.  This came after he announced his (first) retirement from competitive driving in 2006. The test sessions were held at the Jerez circuit, Spain. Schumacher focused on testing electronics and tires for the upcoming 2008 Formula 1 season.

The white gloves have red flashes and Ferrari ‘Barcode’ and Shell Oil logos printed to the backs there are also manufacture Puma branding to the cuffs. On the palm side are black rubberized material that have leather pads to the fingers and palms. The gloves have Michael Schumacher’s personal labels in and come in a pouch also labeled for Schumacher.

A rare chance to own gloves used by the Formula 1 legend and likely the only pair of its kind.