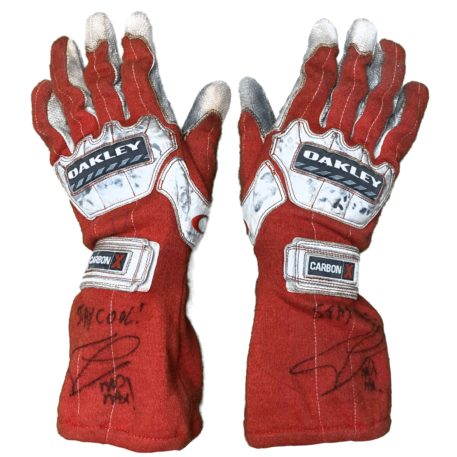 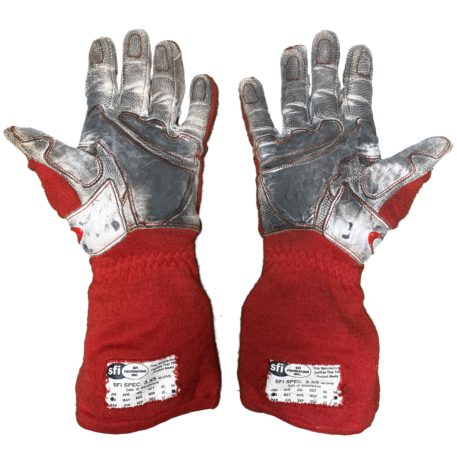 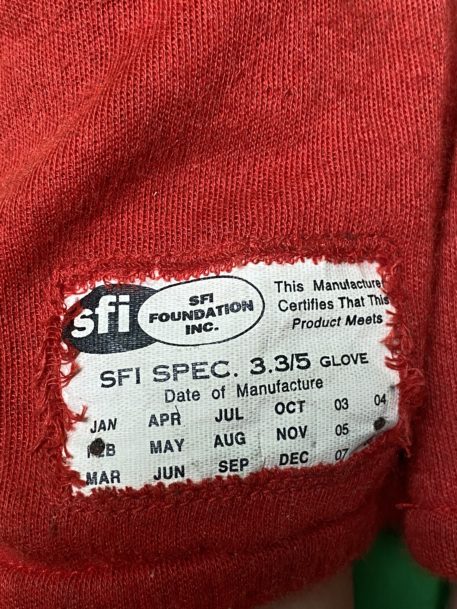 Max Papis certainly ranks as one of the most versatile, if not one of the busiest, drivers of his generation. These Oakley gloves were used in his 2007 season in the American Le Mans Series, a season that also reflected the success he had on the track.

Papis was part of a pair of class-winning races that season for Corvette Racing, with wins in the 12 Hours of Sebring and the 10th anniversary of Petit Le Mans at Road Atlanta in the C6R. All three of his ALMS wins came with Corvette, the other co-driving with Ron Fellows and Johnny O’Connell in the 2004 12 Hours of Sebring.

Papis has the distinction of not only winning ALMS races but also has seven Grand Am victories, including two class wins in the Rolex 24 at Daytona. The latter, in 2002, was an overall win for the Doran Lista team.

The outspoken Italian driver also won three CART races and a pair of poles for Team Rahal. His 2001 win at the Portland International Raceway was nearly a wire-to-wire victory as he led all but seven of the 76 laps. He also won an oval race at the Homestead-Miami Speedway and another road course race at Laguna Seca.

Papis’ lone season in Formula One (1995) was highlighted by a seventh-place finish in his home race at Monza. The latter part of his career was spent in NASCAR, with a combined 95 starts between the Cup, Xfinity and Trucks Series. He also competed in the short-lived A1 Grand Prix and Virgin Australian Supercars series.

The gloves are signed by Papis and come with a Certificate Of Authenticity.