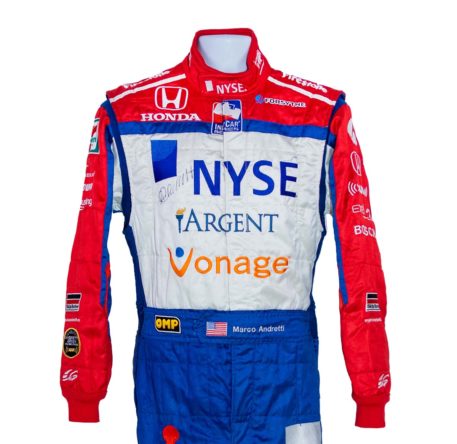 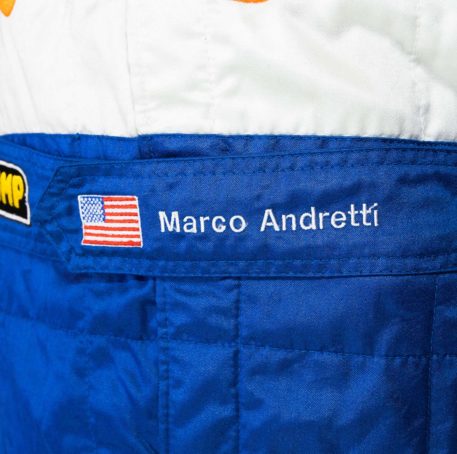 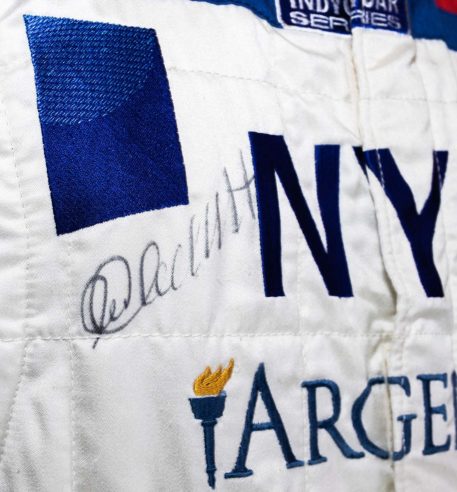 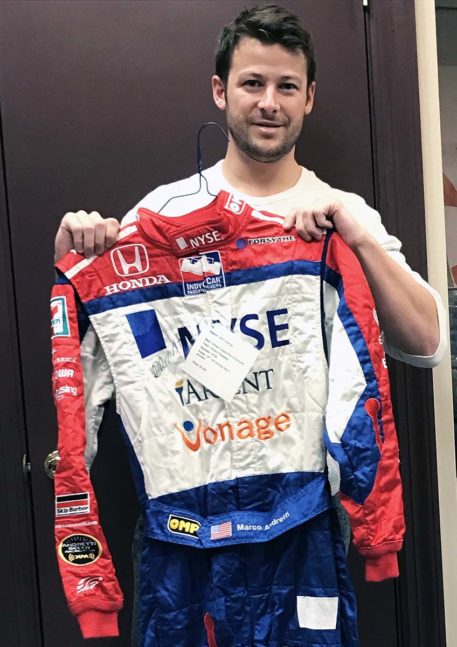 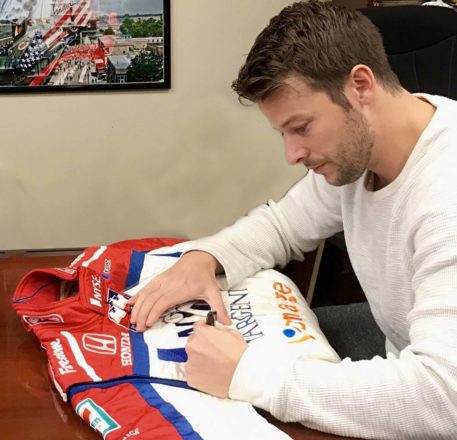 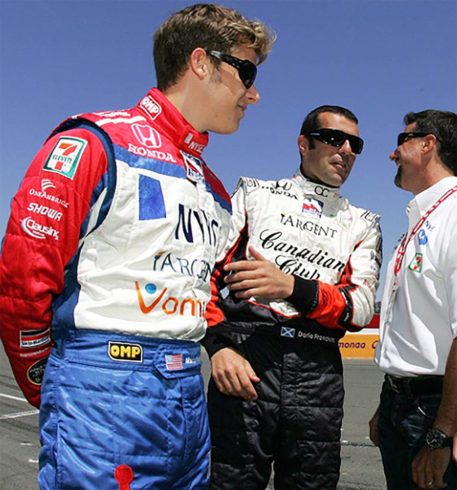 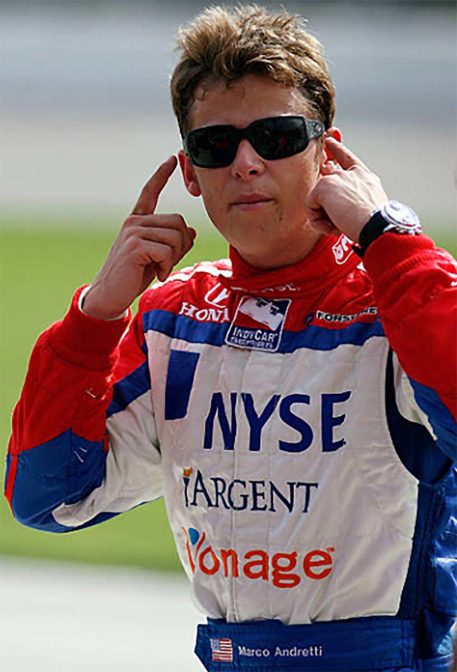 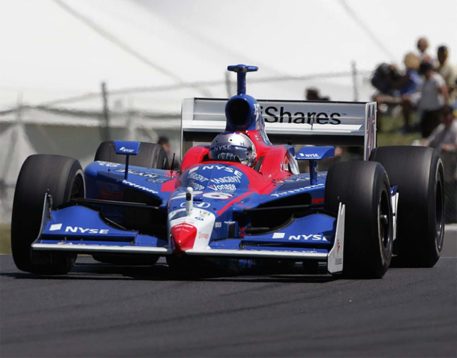 Race suit worn by Marco Andretti in his second season driving for Andretti Green Racing in the IndyCar Series. The suit was used at the 2007, a season where Andretti had five top-five finishes including two podiums.

The red, white and blue OMP suit has the Andretti’s team major sponsor for the season NYSE (New York Stock Exchange) lettering on the front, back, legs and neck. Other sponsor’s (Argent, Vonage) branding is also embroidered on the front and back, as well as many other sponsors/supplier’s branding which have been added to both arms. Andretti’s name and national flag are also embroidered on the waist belt.

The suit was obtained directly from Marco Andretti, who has personally signed it.