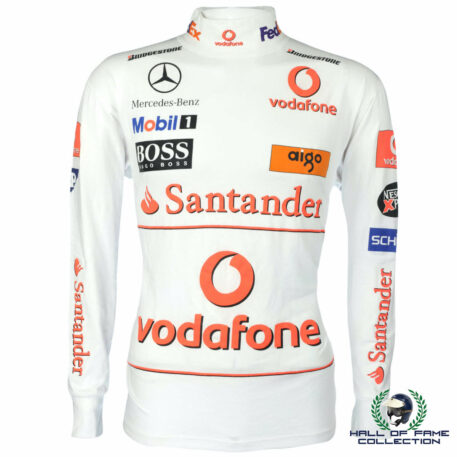 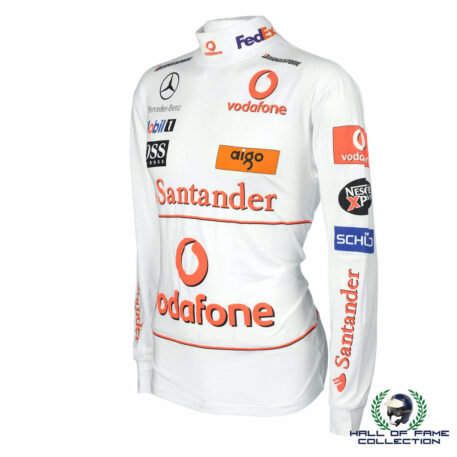 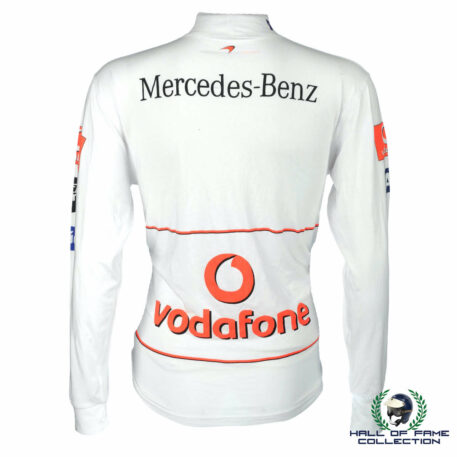 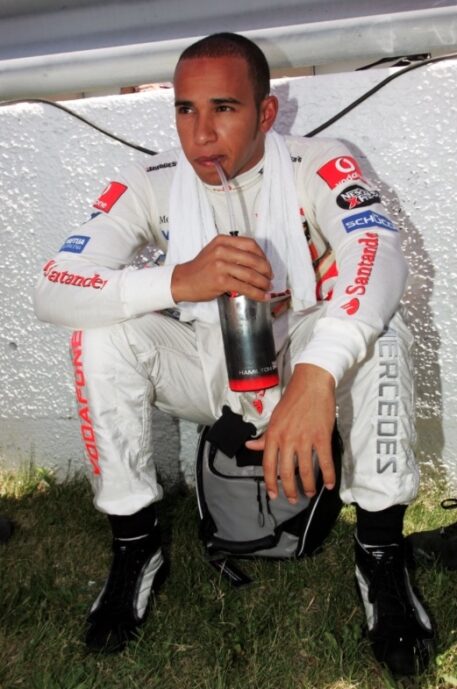 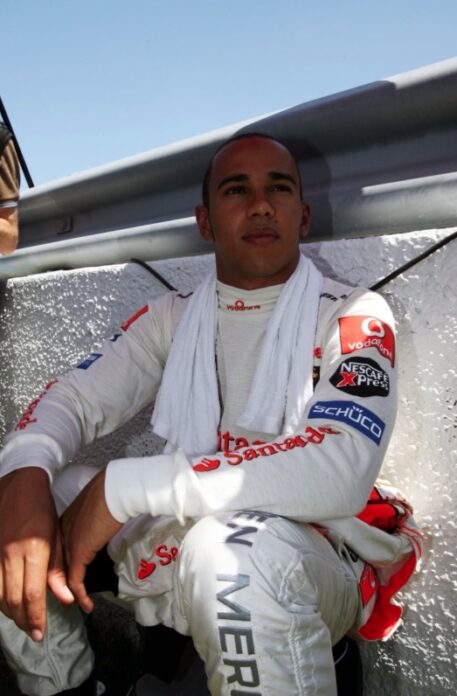 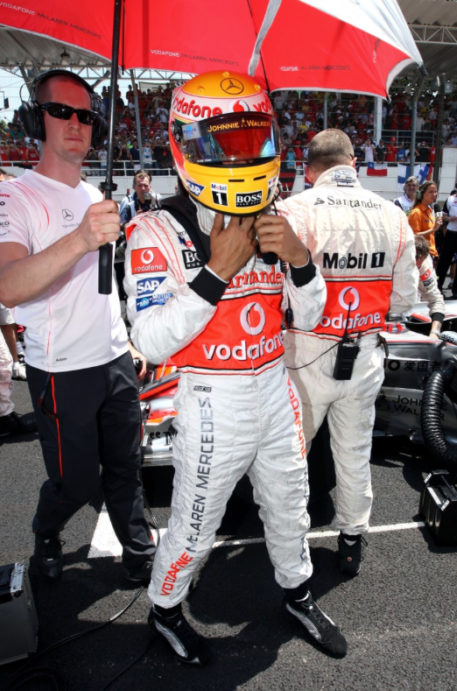 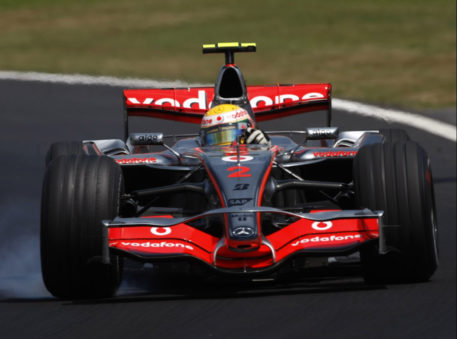 In his rookie season, driving for Vodafone McLaren Mercedes, Hamilton would score 4 victories, as well as 8 other podium finishes, good for 2nd place in the 2007 Drivers’ Championship. Having put the F1 paddock on notice, he would promptly go on to win the Drivers’ Championship the following year. The 7-time World Champion is not done yet and will surely compete for future Championships before all is said and done.

The shirt comes with a Certificate Of Authenticity.