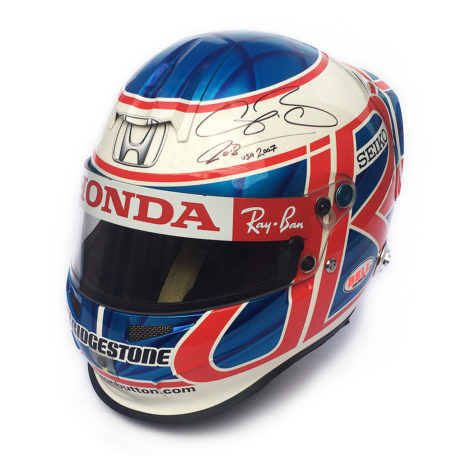 This Bell HP3 Helmet was worn by Button at the US Grand Prix at Indianapolis in 2007. It was also worn during that years Goodwood festival of Speed.

It has been hand signed by the British driver and comes with a COA.