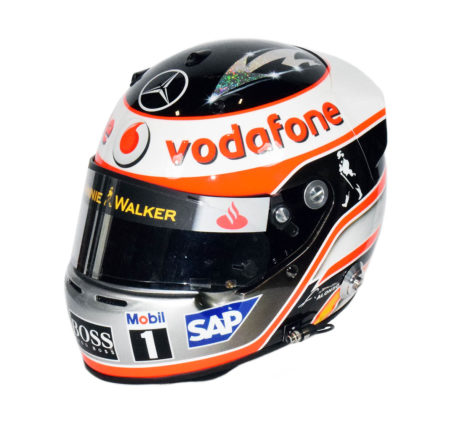 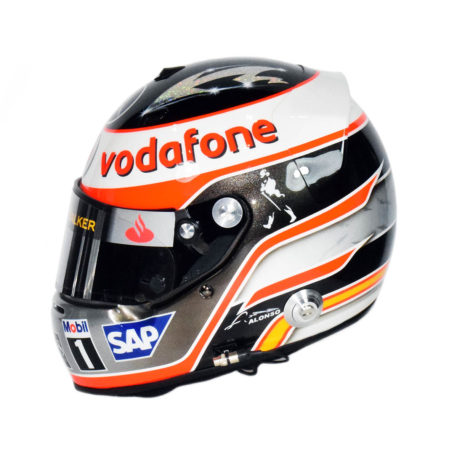 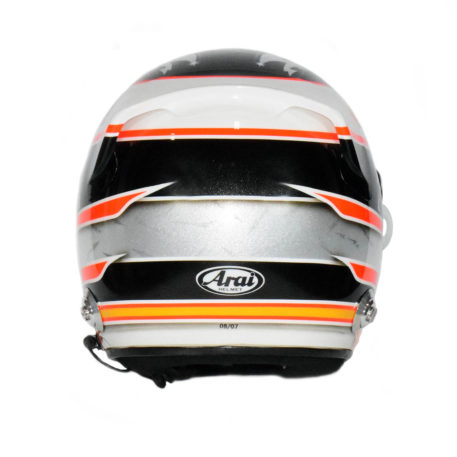 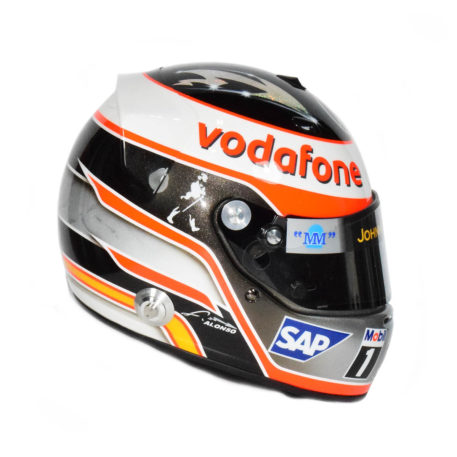 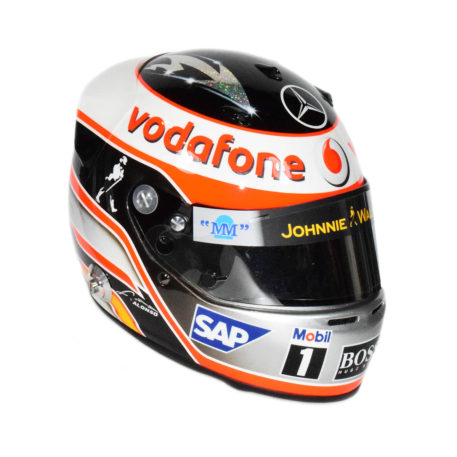 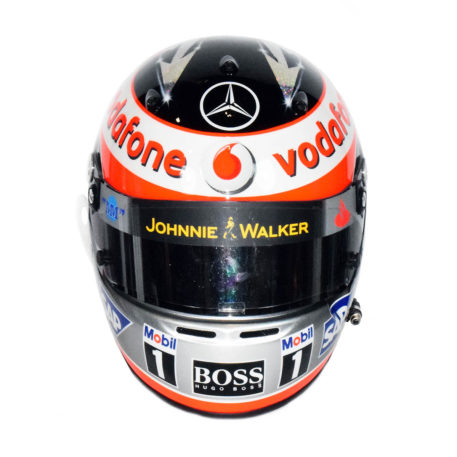 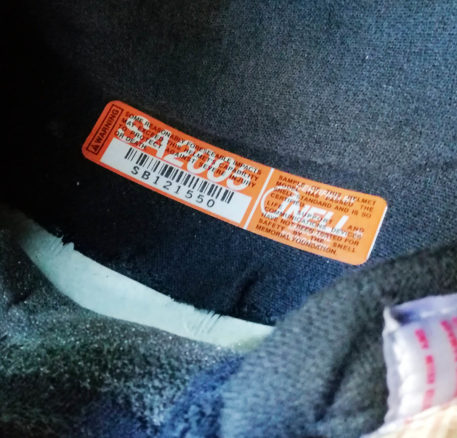 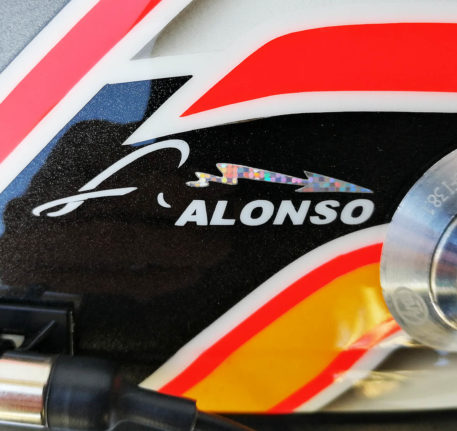 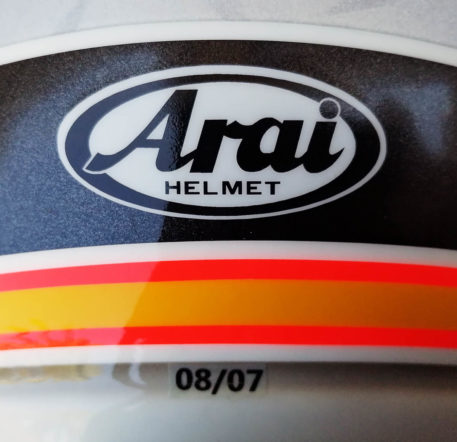 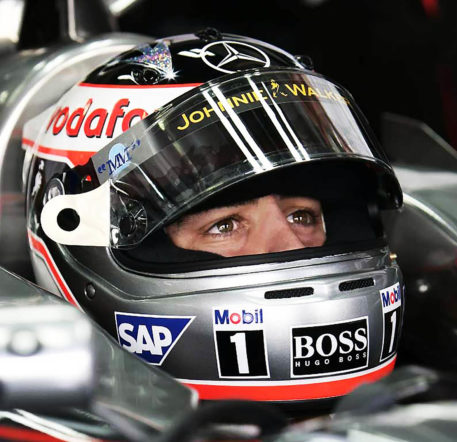 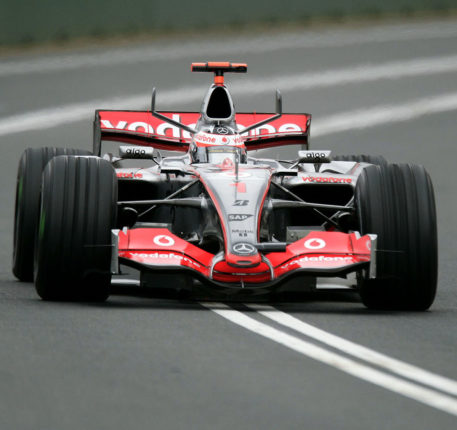 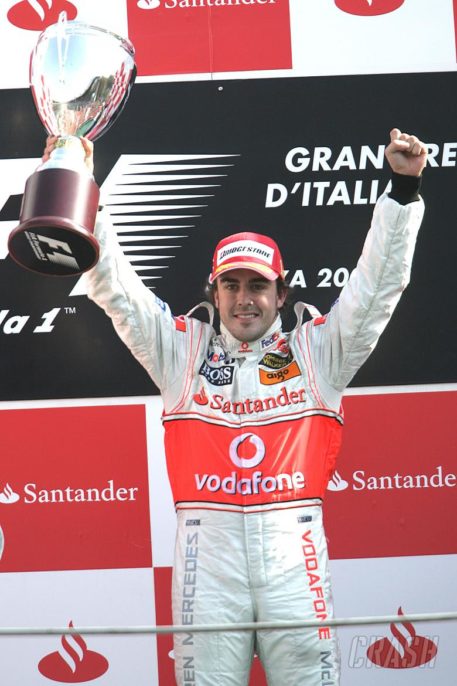 This fantastic and rare Arai helmet comes from reigning double F1 World Champion Fernando Alonso’s first season driving for the McLaren Mercedes Team. The helmet would have been used during the latter half of the season as the helmet number (#8) on its rear indicates. In the last seven races Alonso, driving a McLaren MP4-22, had one win (Italy), one second and three third place finishes. This helmet would have been used during one or more of these races. The start of the season would see Alonso post three wins and four other podium finishes. He finished the season with 109 points, just missing out on a third championship by one point.

The helmet has a predominantly metallic silver/black graphic band design on a white base with florescent red/orange flashes/bands running around the helmet. The wide middle band starts on the chin in silver and is airbrushed and fading to black. The band below starts on the sides in white and fades to silver to the rear. There is a orange band edged in florescent red on the bottom, and florescent red flashes to the sides. The helmets black crown has two of Alonso’s stylised arrow logos in silver and Alonso’s name and arrows also appear on either side of the helmet. Sponsor decals applied include Vodafone, Johnnie Walker, SAP, Mobil and Hugo Boss and the visor strip has Johnnie Walker and Santander Bank logos.  The helmet comes with its radio still installed.

This rare piece would be a main talking point in any collection, as Alonso helmets do not appear on the open market often, specifically ones from his first season with McLaren. The helmet comes with a Certificate of Authenticity.