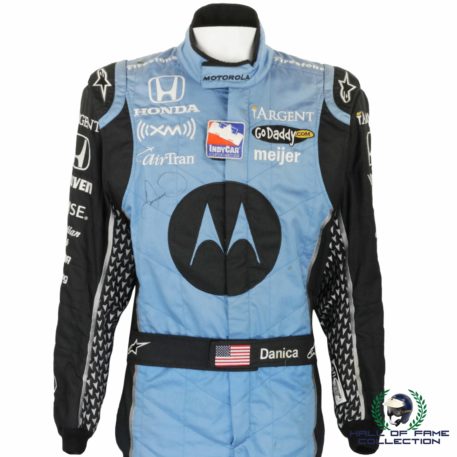 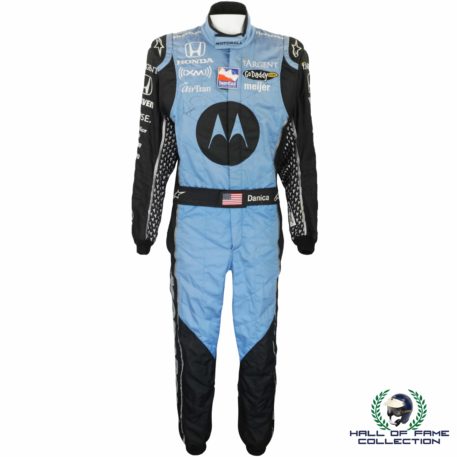 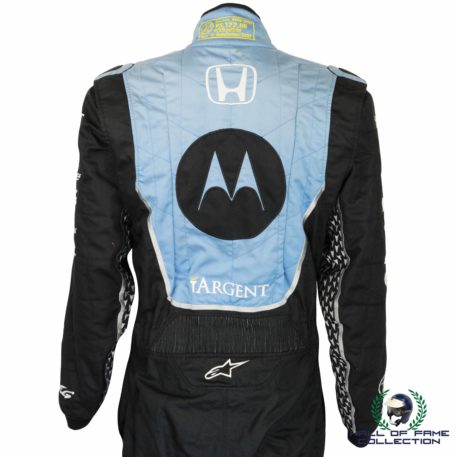 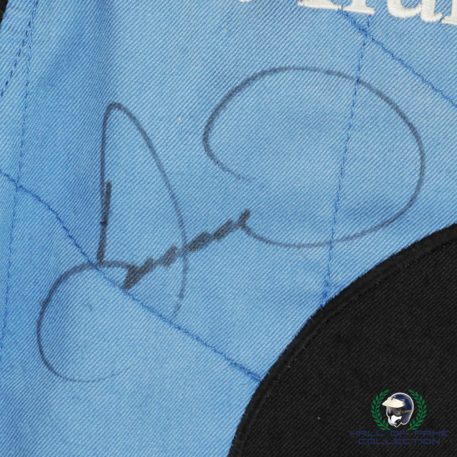 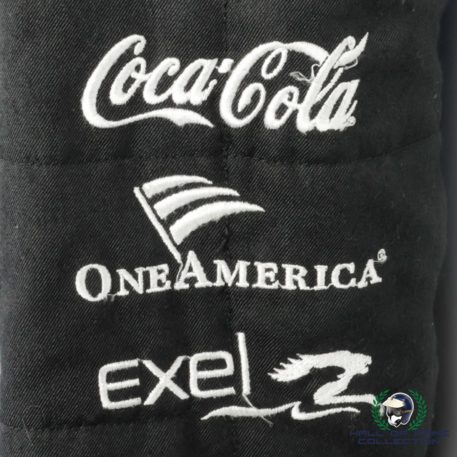 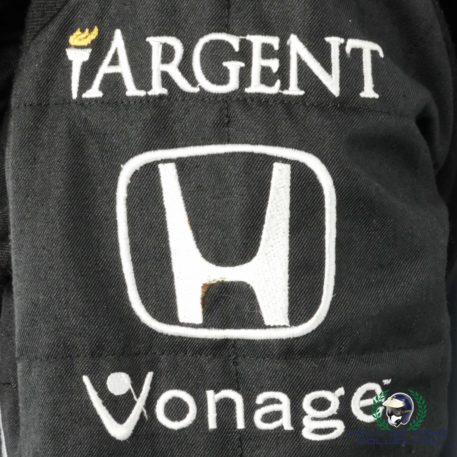 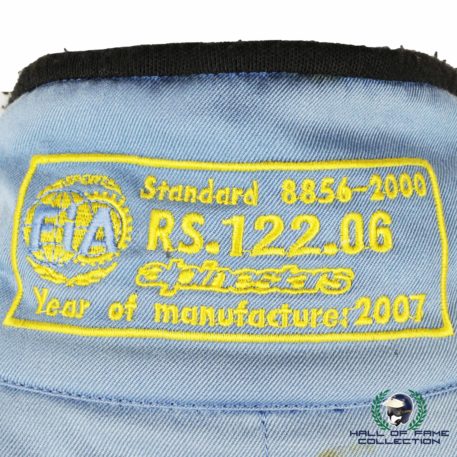 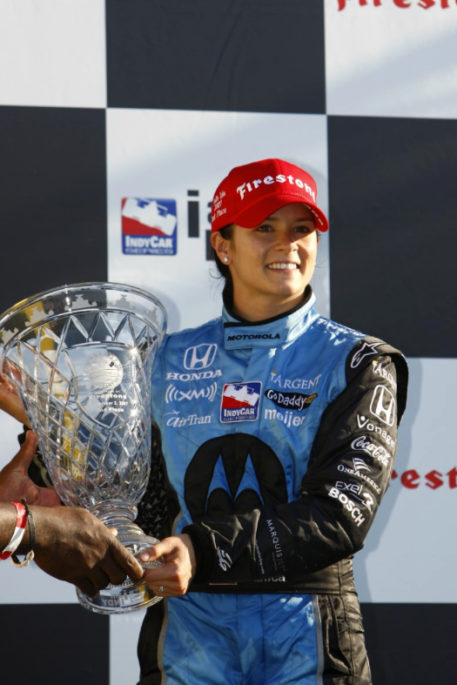 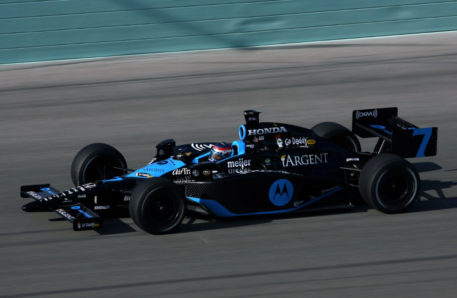 This Alpinestars suit was made for the Andretti Green Racing team in 2007 to promote their star driver Danica Patrick. The American driver is the most successful woman driver in the history of American open-wheel racing. Her victory in the 2008 Indy Japan 300 is the only win by a woman in an IndyCar Series race to date. She is also the first female to ever lead the field at the prestigious Indianapolis 500 race. After seven years in the IndyCar series, she moved across to compete in the NASCAR Monster Energy Cup Series and also ran at the Daytona 24 Hour Sportscar race twice.

This suit was likely used for promotional purposes. It is almost an exact copy of ones Patrick would have used during the season.

To our knowledge this suit was not worn by Patrick however most collectors will know that Danica Patrick’s race-used equipment is almost impossible to acquire. So this promo team suit would be the next best thing to add to any collection. Patrick has signed the suit on the righthand side.