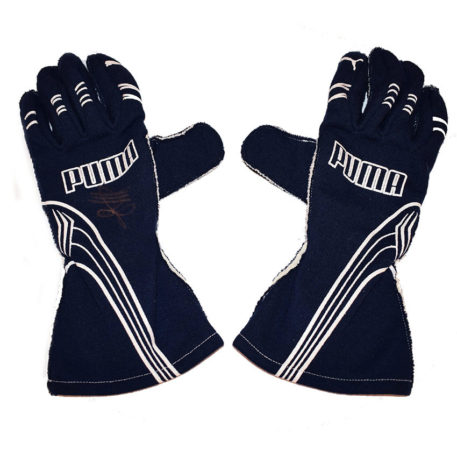 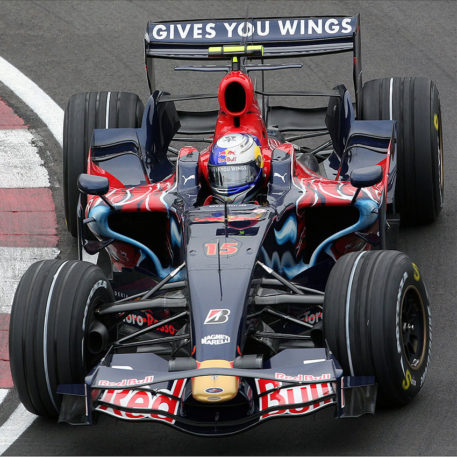 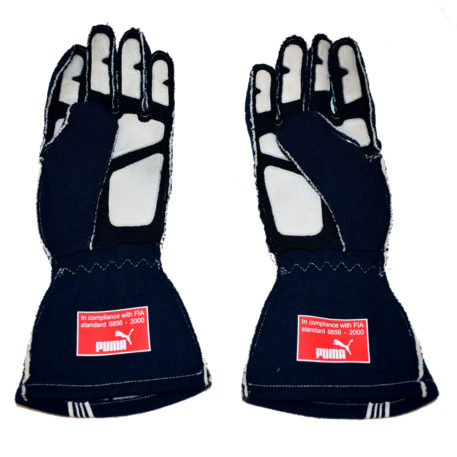 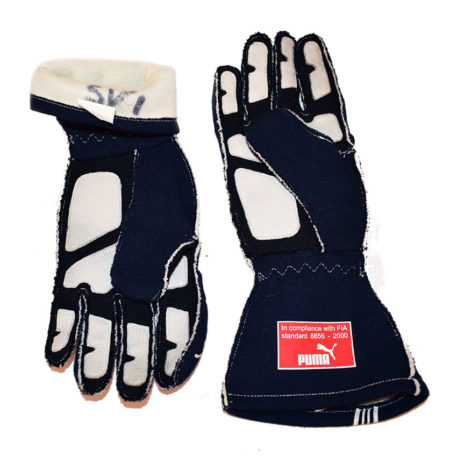 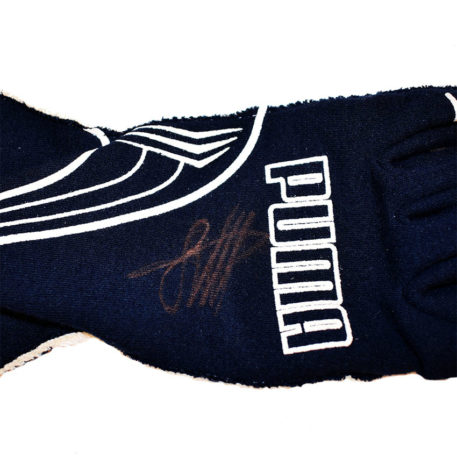 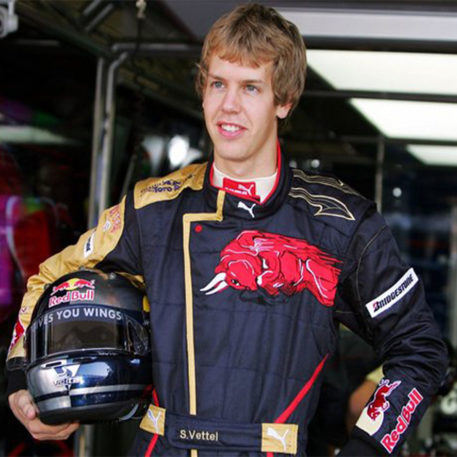 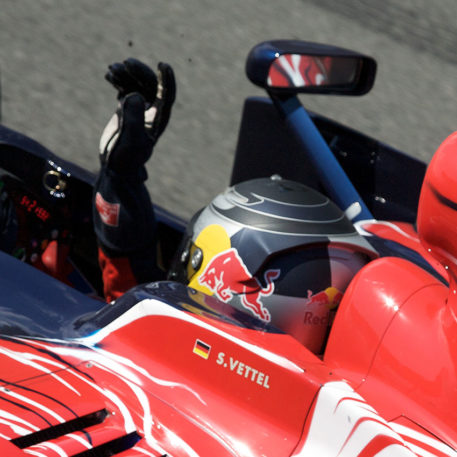 Theses gloves were worn while Vettel drove for Red Bull’s Scuderia Toro Rosso team during the 2007/08 seasons. In 2007 and after one race with BMW Sauber, Vettel was released to join the Toro Rosso team for the last seven races of the season where he impressed and was retained for the following season. It was in the 2008 season that Vettel became the youngest driver in history (at that time) to win a Formula One Grand Prix (at Monza, Italy). Following this season Vettel was promoted to the Red Bull senior Formula 1 team.

The navy blue gloves have the Puma stripes and lettering branding on the top of both gloves. The palms have white gripper rubber and the FIA standard label printed on the cuffs. Vettel’s installs are written inside the gloves along with a number 1.