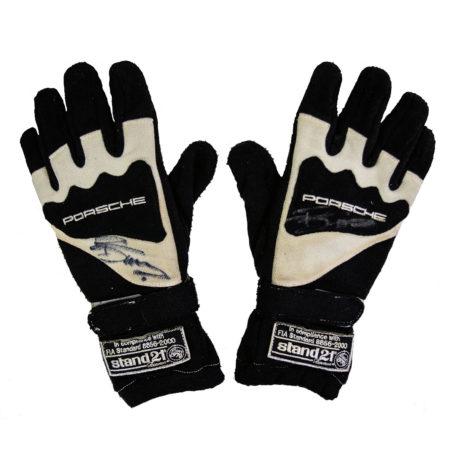 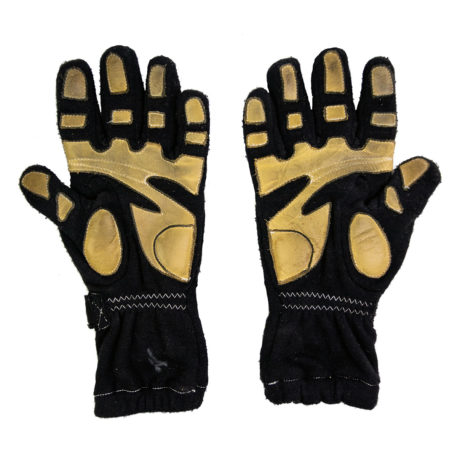 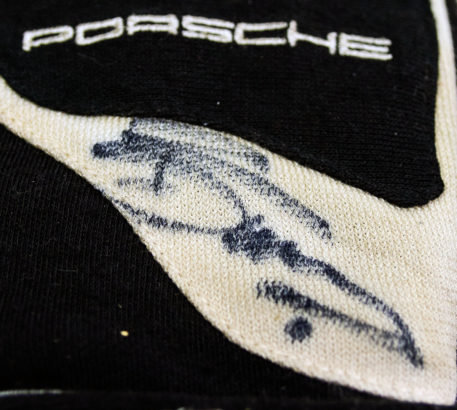 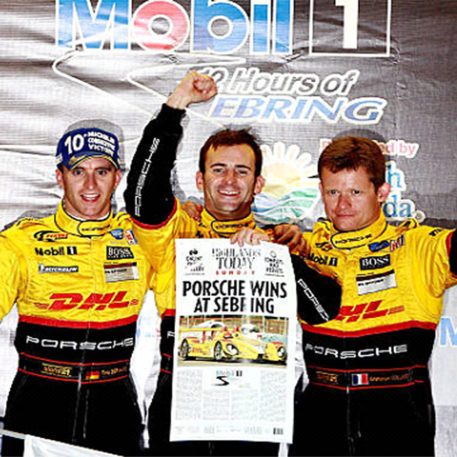 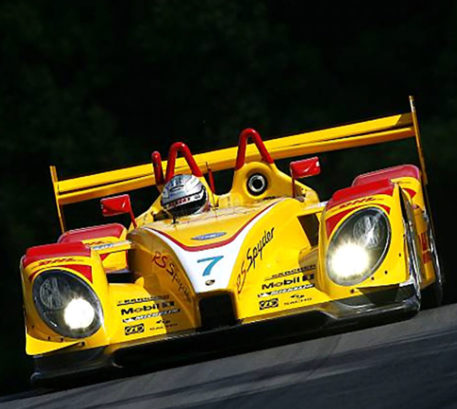 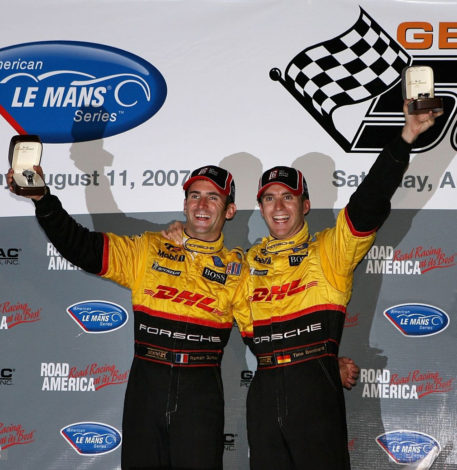 A pair of Stand 21 gloves worn by French endurance sports car specialist Romain Dumas. With a career that has mainly see him drive Porsche race cars, Dumas has been a winner at all major endurance races including 24 hours of Le Mans, Nürburgring and Spa. He has also won the FIA World Endurance Championship.

These gloves were last used by Dumas during the Sebring 12 Hours while driving a Penske Racing Porsche RS Spyder Evo where the team defeated the works LMP1 Audi’s. Dumas teamed up with co-drivers Emmanuel Collard (for endurance races) and Timo Bernhard the team dominated the 2007/08 American Le Mans Series. Dumas had many wins and was crowned the 2007 LMP2 Drivers Champion.

The black gloves have the white breathable material to the back of the hand with leather Porsche patch to the middle. The palms have gripper leather to the fingers and palms.

Both gloves have been personally signed by Romain Dumas and will come with a full Certificate of Authenticity.