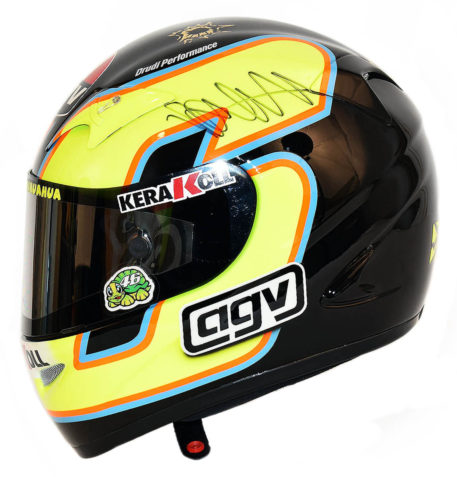 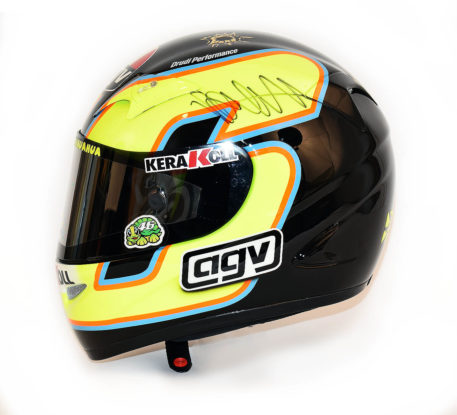 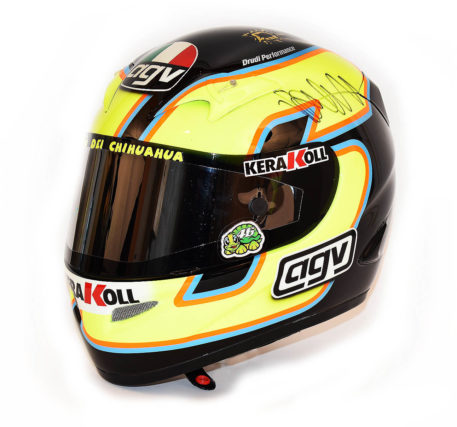 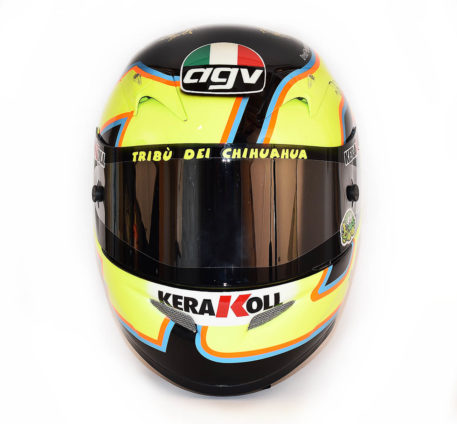 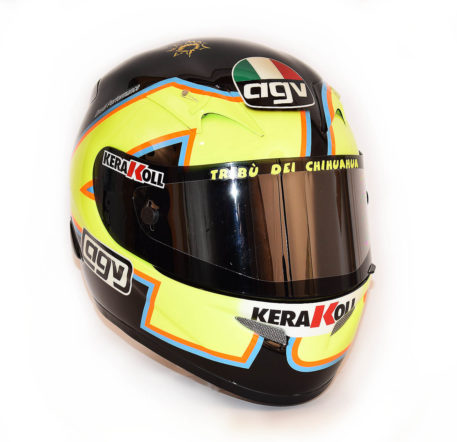 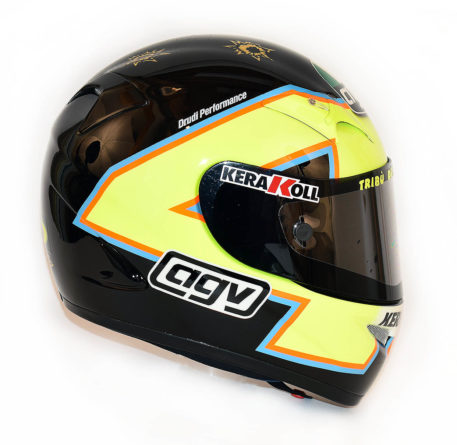 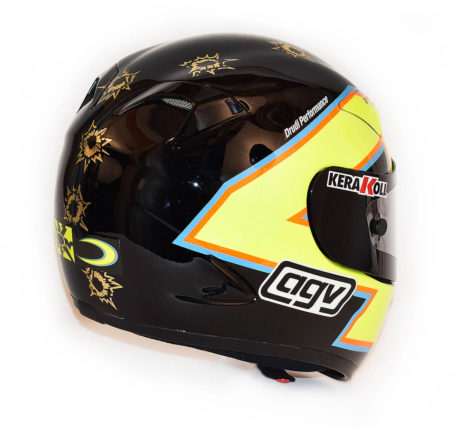 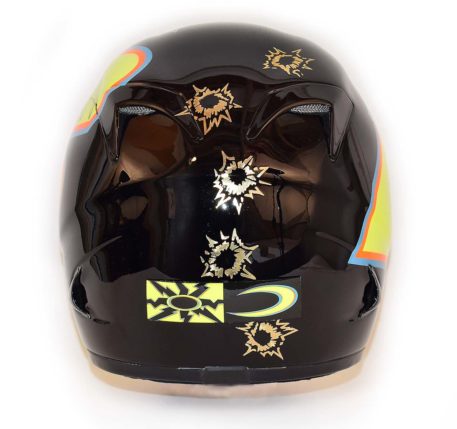 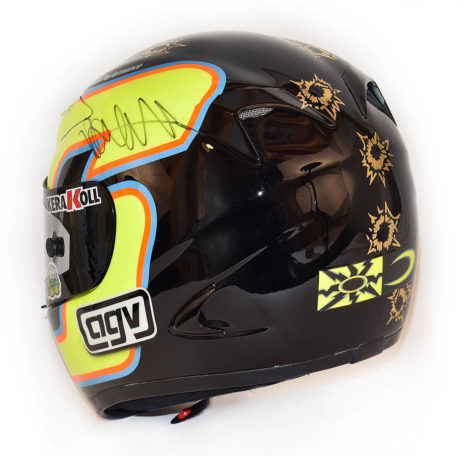 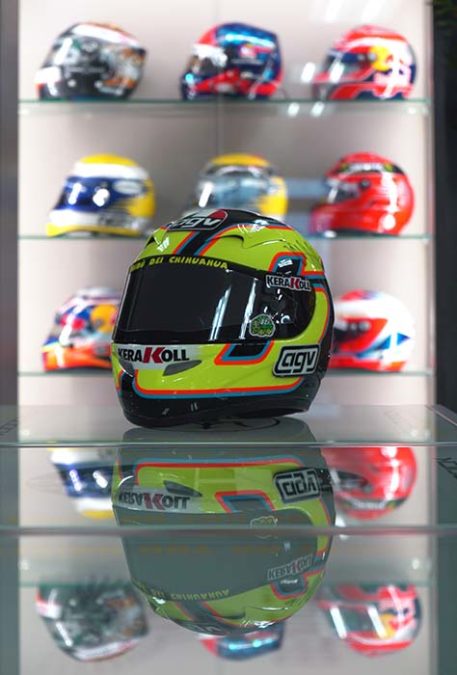 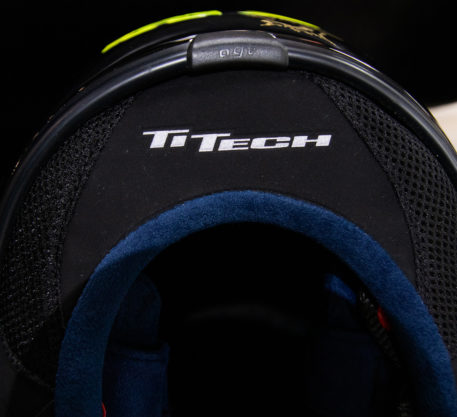 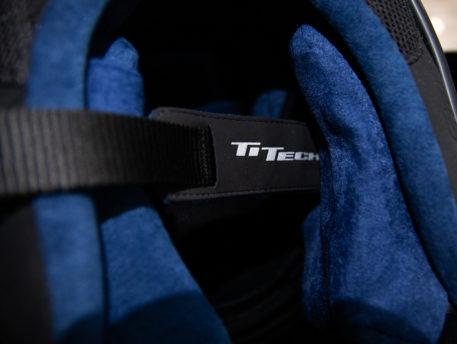 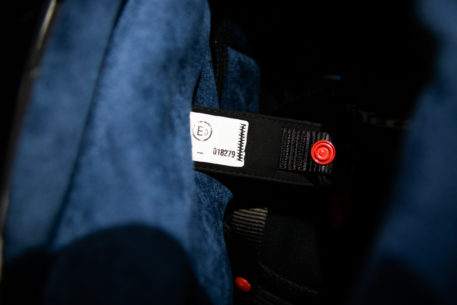 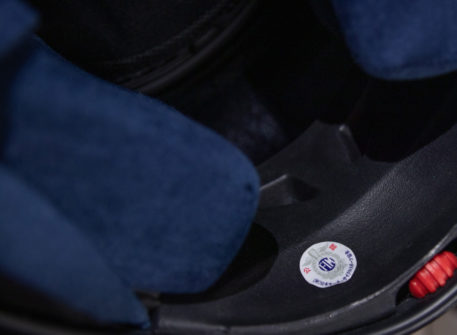 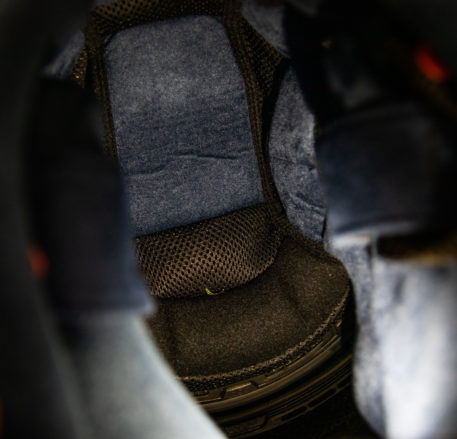 Fantastic original and signed helmet worn by one of the most successful motorcycle racers of all time, nine-time Grand Prix World Champion Valentino Rossi.

This AGV helmet was worn as the 2006 MotoGP season kicked off with winter testing at Sepang in Malaysia. Rossi would come to the track with this new ‘Seven Shots’ helmet design for the testing sessions. Designed by Aldo Drudi, the helmet features a huge number ‘46’, in yellow and edged in orange & blue, that wraps around the front and sides. The top of the helmet is in plain black, but features seven bullet holes that run down from the top to the back. Each of the seven bullet holes represents Rossi’s number of World Titles he had won up to that time. It also a has ‘Rossi-style’ Malaysian sun and moon decal on the bottom rear of the helmet.

This is a great opportunity to own a piece of very hard-to-find memorabilia from the legendary World Champion! Check out the YouTube video to see how very few of Rossi’s items actually leave his collection.

The helmet been personally signed by Valentino Rossi and comes with a full Certificate of Authenticity.