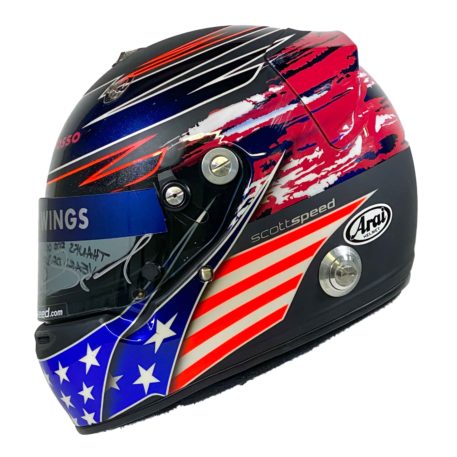 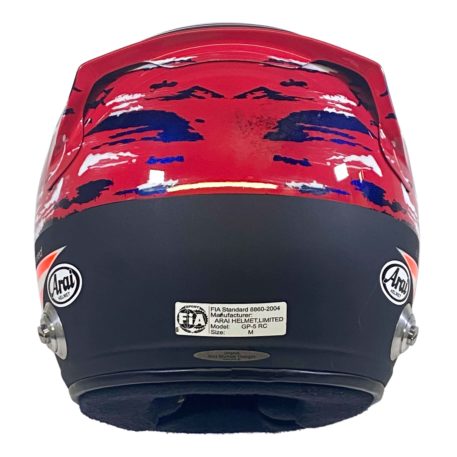 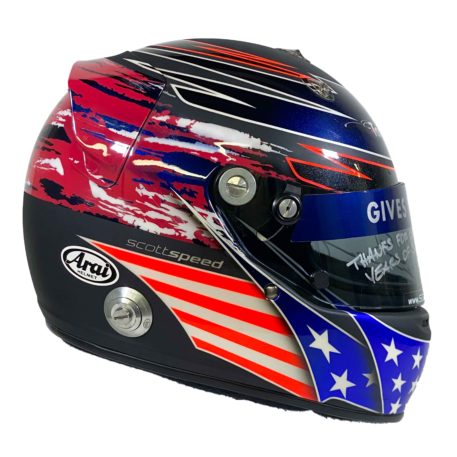 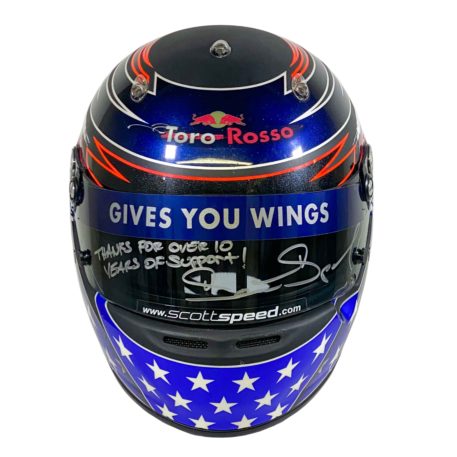 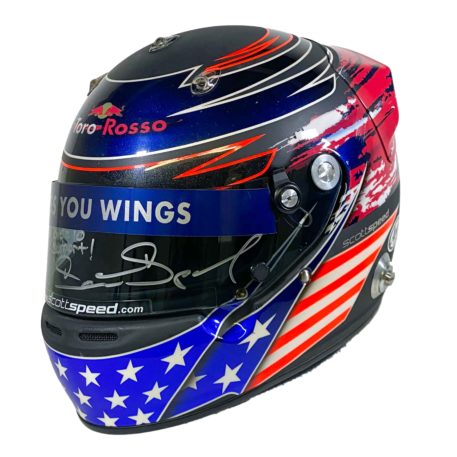 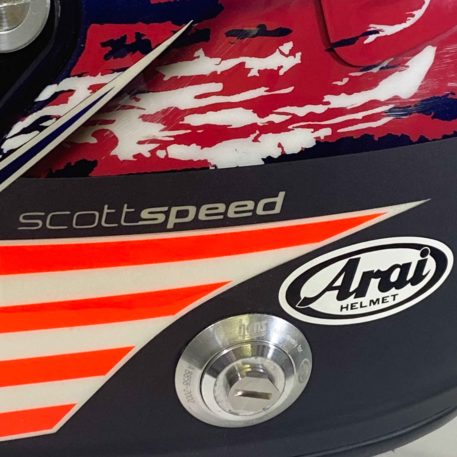 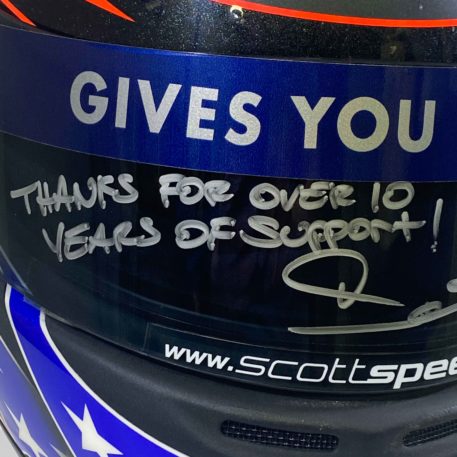 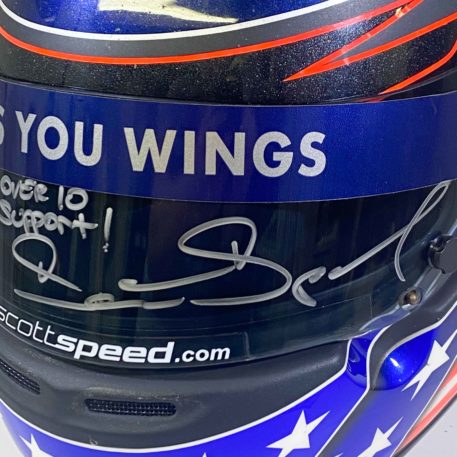 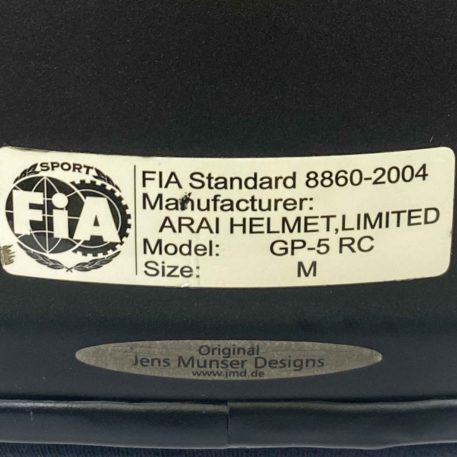 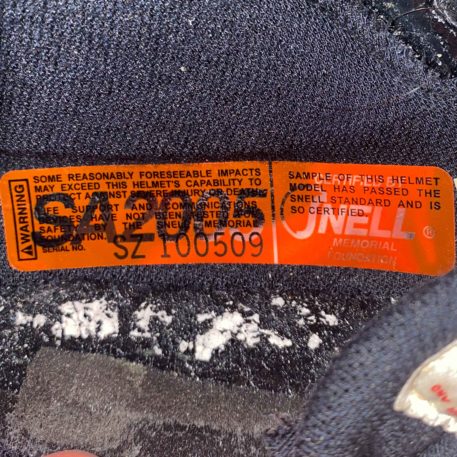 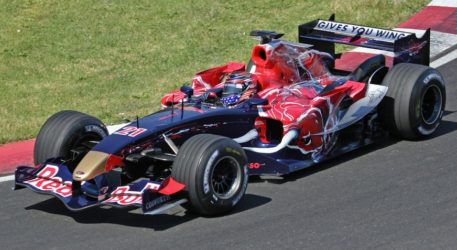 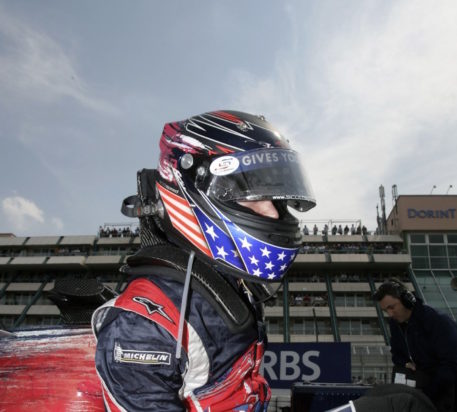 Speed became the first driver from the USA to compete in F1 since Michael Andretti raced for McLaren in 1993. Driving for the Toro Rosso team in 2006 and most of 2007, he was replaced at the Hungarian Grand Prix by a young German driver name Sebastian Vettel.

Speed continued to race and has competed in everything from F1, Formula E, Nascar, Rally Cross and even made a qualification attempt at the Indianapolis 500. He skillful versatile driving really found the right home in Rally Cross as he captured 4 straight titles in Global Rally Cross and American Rally Cross.

His helmets are almost never seen to be available in the collecting market so don’t miss this chance to own this super nice Jens Munser Designs Painted F1 helmet to your collection today.

The helmet comes hand signed by the driver with a Hall of Fame Collection COA.