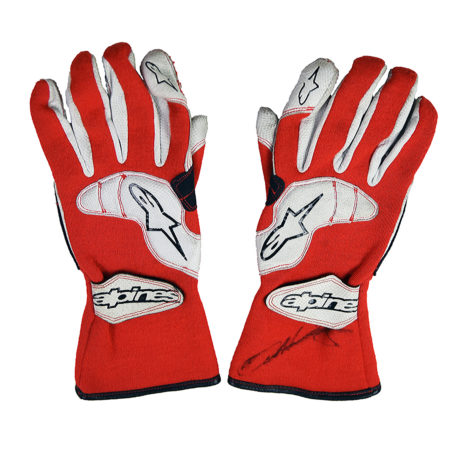 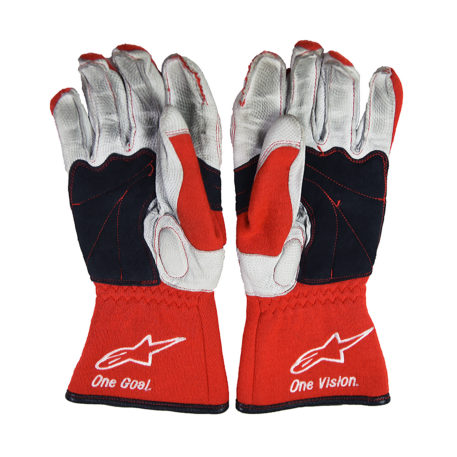 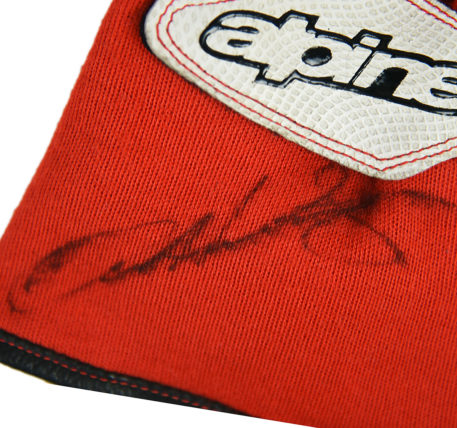 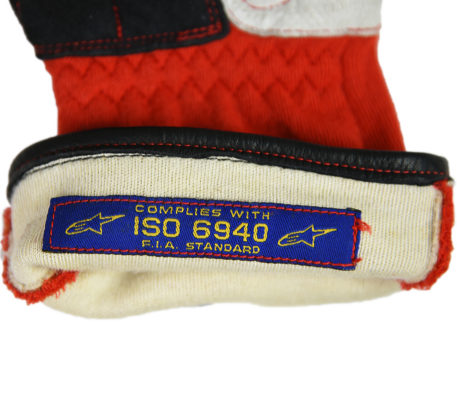 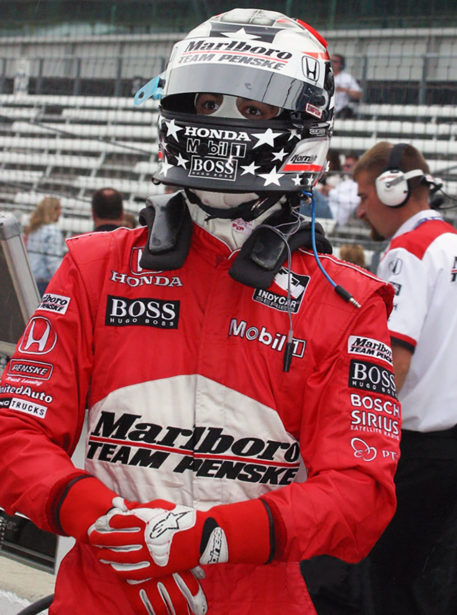 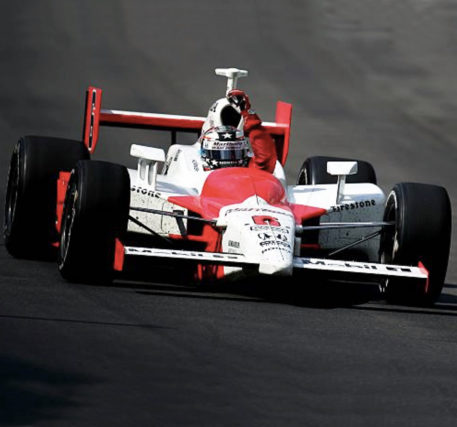 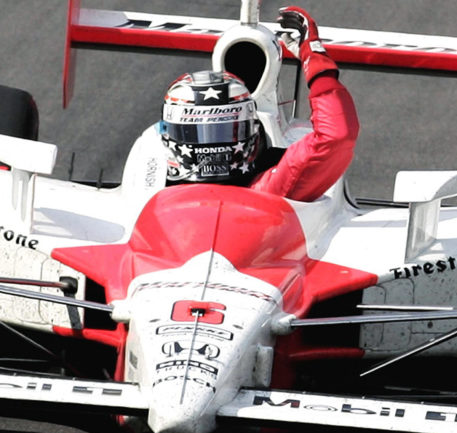 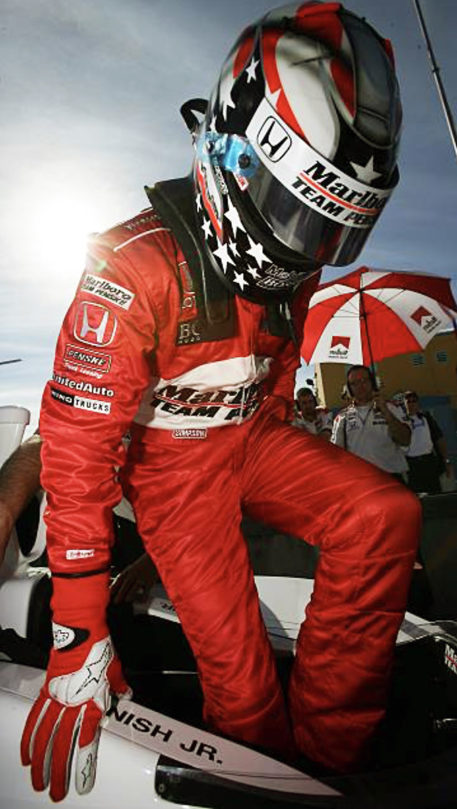 Pair of Alpinestars gloves worn by American driver Sam Hornish Jr. in what was possibly his best year in his racing career. He wore two styles of gloves that season and this particular style he used at several races during the 2006 IndyCar season, including his victory at the 90th running of the Indianapolis 500. This is when Hornish passed Marco Andretti for the lead in the final few hundred yards to win in the second-closest margin of victory in the race’s history. He also had three other wins during the season which saw him clinch his third IndyCar Series Championship title. Although he and Dan Wheldon finished the year with the same number of points, the tie was broken by total wins; Hornish had four, and Wheldon had two.

The red gloves have white rubber gripper fabric on the inner fingers, thumbs, across the knuckles, fastening strap, and tips of the index fingers. The inner palms have red-stitched black leather sections. The cuffs have the AlpineStars ‘one vision, one goal’ embroidered logos on each glove respectively. There are also AlpineStars branding logos on the fastening strap, knuckle protection, and index fingers.

Sam Hornish Jr. has personally signed the right glove and are accompanied by a full Certificate Of Authenticity.