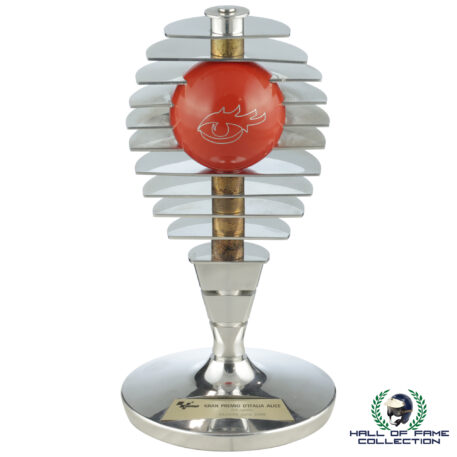 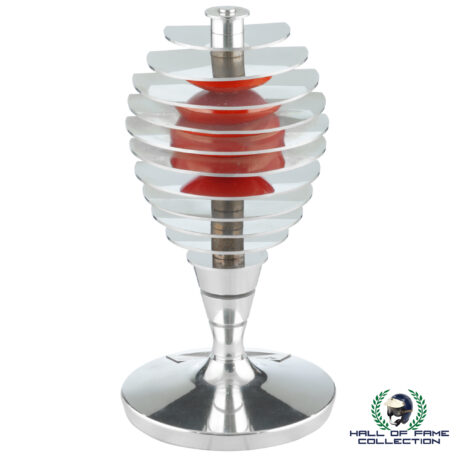 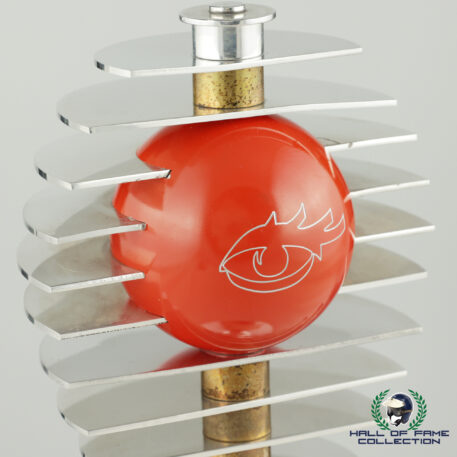 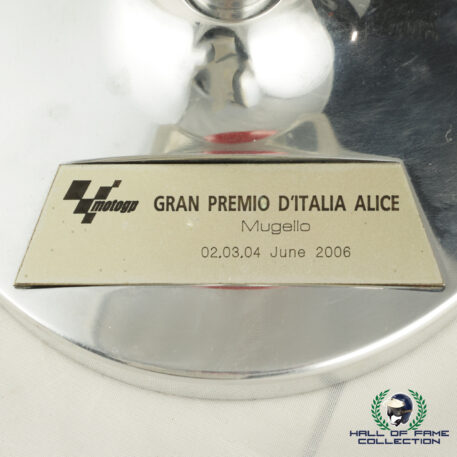 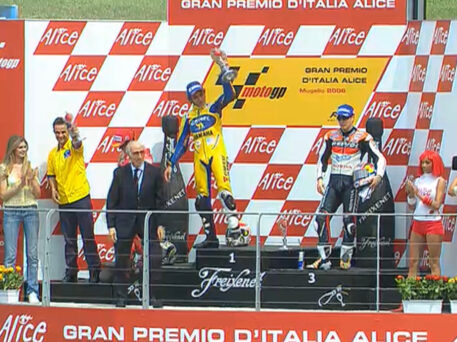 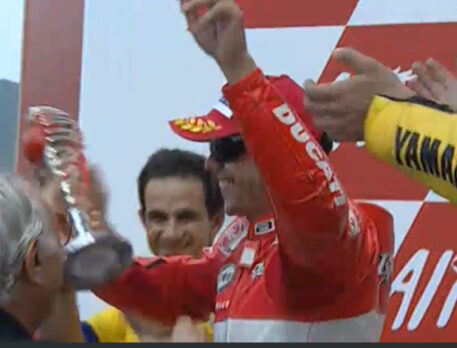 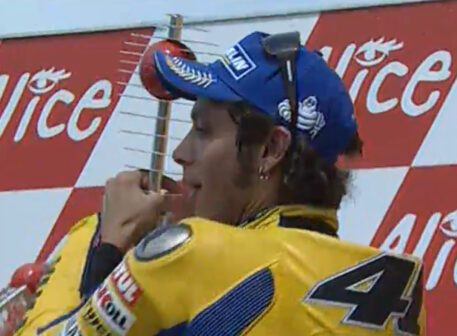 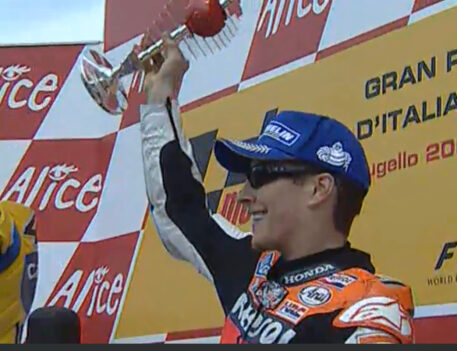 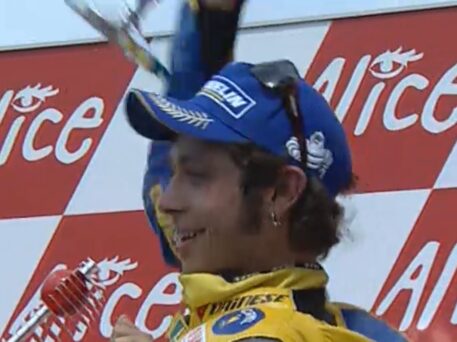 The 2006 Italian MotoGP was the sixth race of the 2006 Motorcycle Grand Prix season. It took place on the weekend of June 2nd and produced a close finish where the top three finishers crossed the line within one second of each other.

This distinctive metal trophy comes with a Certificate Of Authenticity.