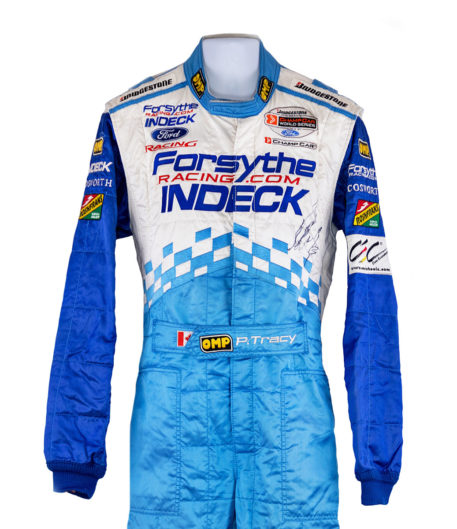 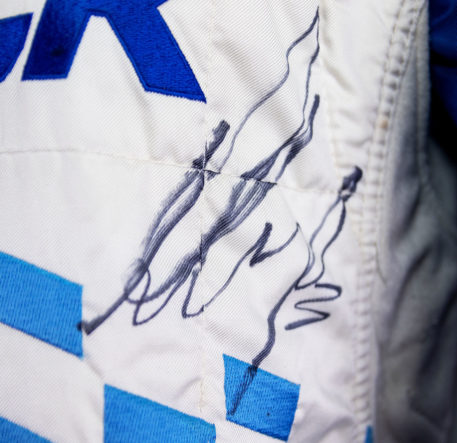 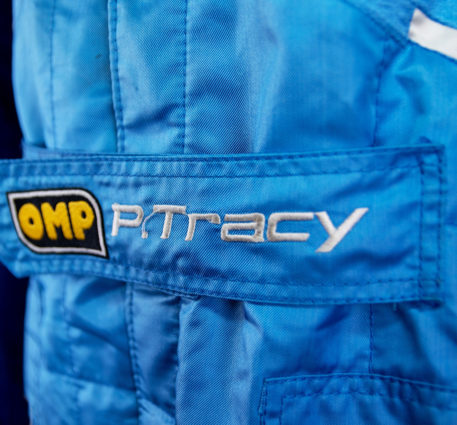 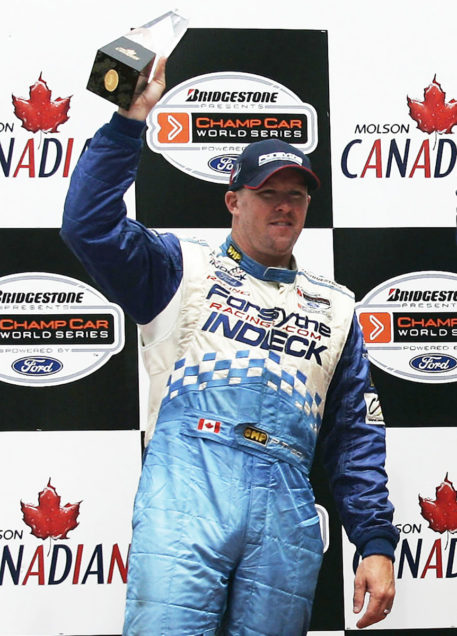 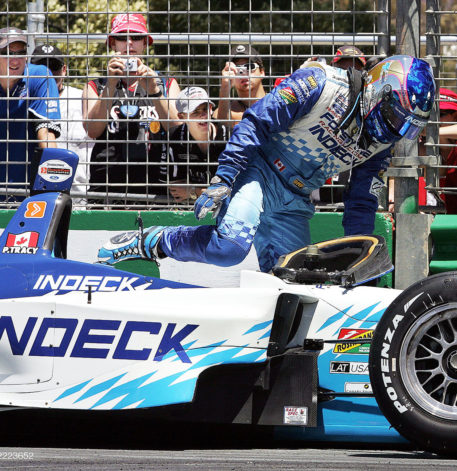 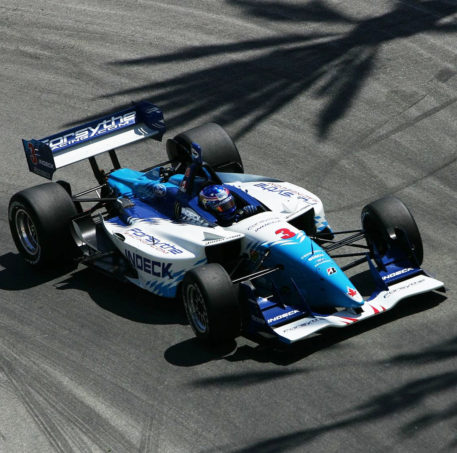 OMP race suit worn by the popular Canadian driver Paul Tracy. The suit was used by Tracy while driving Forsythe Racing’s Ford-powered Lola B02/00 during the 2006 Champ Car Championship where he had 6 top-five finishes including three podiums.

This suit is in the dark/light blue & white colors of the Forsythe team. It has a checker design around the torso and both legs that separate the suit colors. It also has the team’s website logo as well as team sponsor’s Indeck logo on both the front and back.

The suit has been personally signed by Paul Tracy on the left chest and comes with a full Certificate of Authenticity.