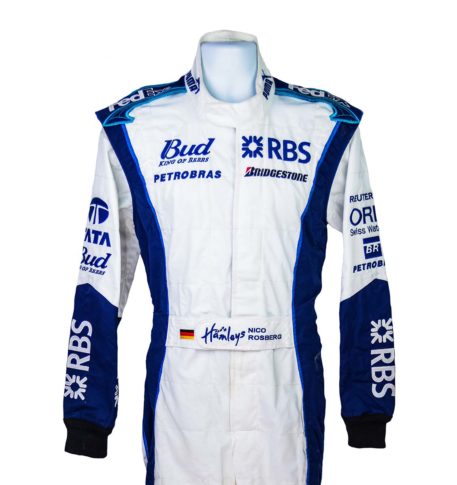 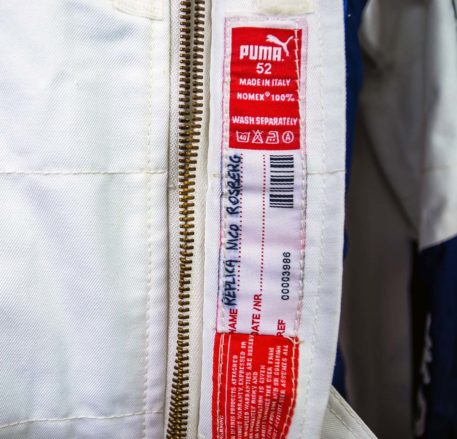 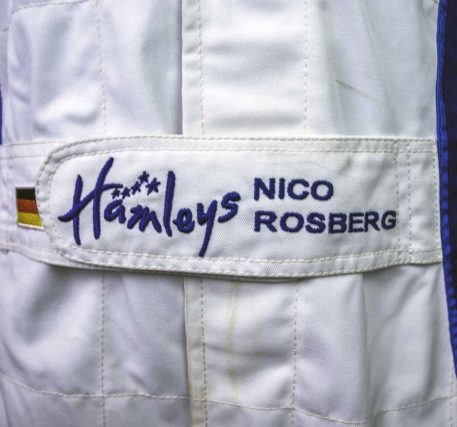 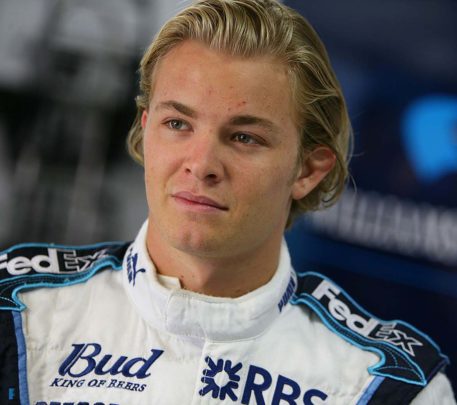 2006 Williams promotional suit used by Nico Rosberg in his first year as a full-time Williams Formula One driver, after spending a year as the team test driver. The suit shows signs of wear & tear and would have been used for media/photo shoots and various meet & greet public events. The white suit has wide blue side stripes that run up and over the shoulders and and has blue forearms. It also has many embroidered sponsors branding logos on it including RBS, Budweiser, and TATA, just to name just a few. The waistband has a Hamleys Toy Store lettering logo, Rosberg’s name and his national German flag embroidered on it.