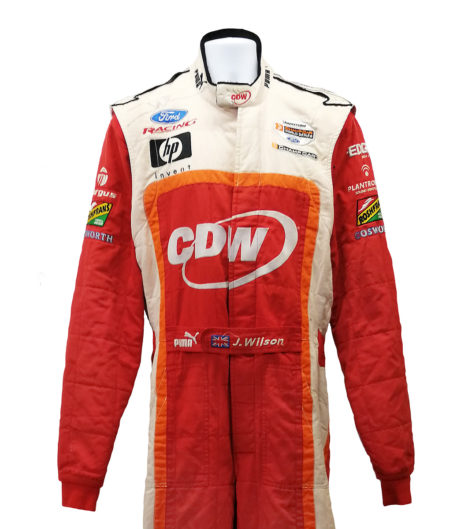 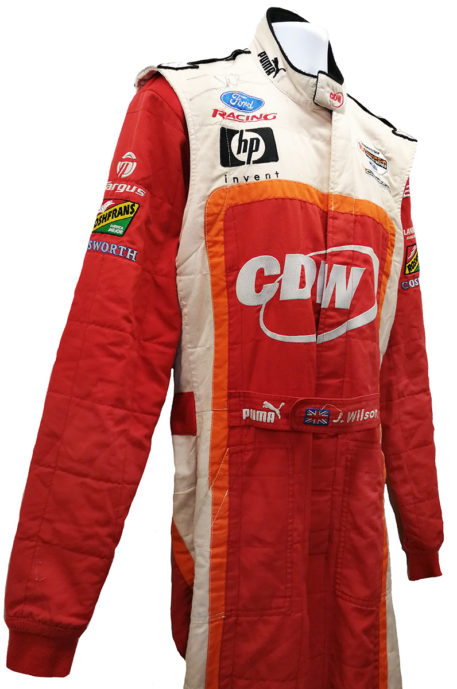 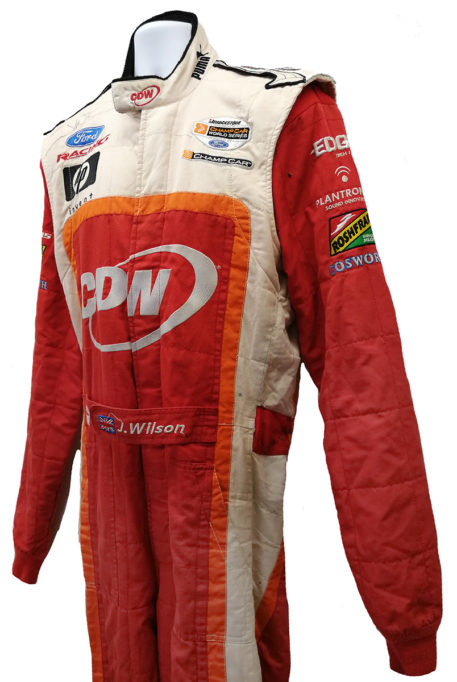 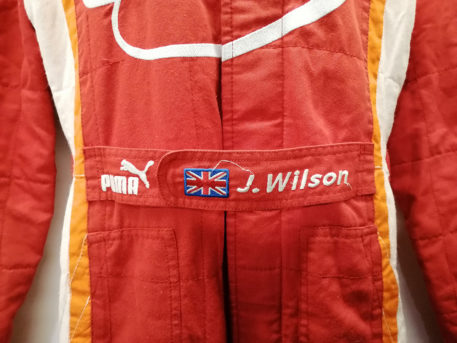 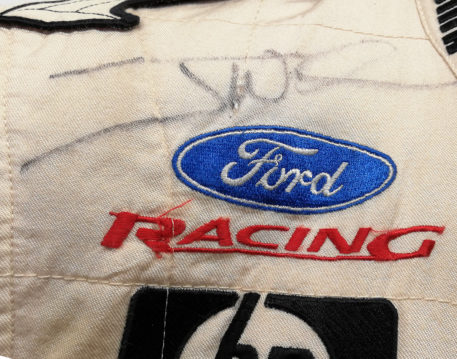 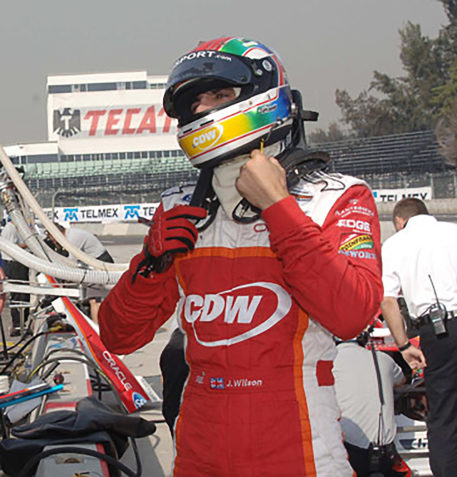 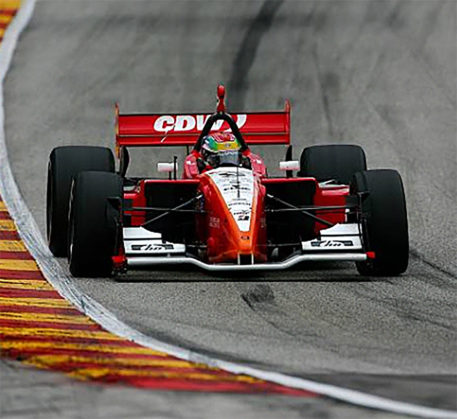 Puma race worn suit used by the English driver Justin Wilson. This suit was used during Wilson second season in Champ Car World Series and also his second season with the RuSport Team. This season was Wilson’s breakout season on the North American racing scene. He had a win (Edmonton) and six other podium finishes, seeing him finish second in the championship.

This great looking suit in white red and orange has the major sponsor CDW Corporation on the torso front and rear. Embroidered to both arms are other sponsor/supplier logos of Cosworth, Targus, Roshfrans and Plantron. Wilsons name and national Union Jack Flag are stitched onto the waist belt.

The suit has also been personally signed by Justin Wilson.